Logitech International SA (NASDAQ:LOGI) (SWX:LOGN) has had an excellent run even before the Covid-19 pandemic took place. Being a leading player in the global computer peripherals space, the company witnessed strong tailwinds in many of its segments with the increasing popularity of the work-from-home and learn-from-home trends. The strong boost […]

Logitech International SA (NASDAQ:LOGI) (SWX:LOGN) has had an excellent run even before the Covid-19 pandemic took place. Being a leading player in the global computer peripherals space, the company witnessed strong tailwinds in many of its segments with the increasing popularity of the work-from-home and learn-from-home trends.

The strong boost of gaming activity was another big plus point that helped the company show phenomenal growth in its top-line and margins in its most recent result. The management’s renewed guidance is stronger than before, and in my opinion, the company continues to be a lucrative investment to hold at current levels.

Logitech is a Switzerland-based company engaged in the design, manufacture and marketing of personal computer accessories and mobile accessories for navigation, video communication and collaboration, smart home and other applications. It has a broad portfolio of products such as mice, keyboards, charging stands, tablet cases, car mounts for mobile devices and conference cameras, which fall within the computer peripherals space.

Logitech looks to help people to connect through music, gaming, video, computing and other digital platforms through its products. It has a wide distribution and its products are sold through retailers, e-tailers, distributors, consumer electronics distributors, mass merchandisers, etc. It generates revenues across multiple continents such as the Americas, Europe, the Middle East, Africa and Asia-Pacific regions. The company employs close to 6,600 people and has its headquarters in Lausanne, Switzerland.

For the third consecutive quarter, Logitech managed to deliver a fantastic result in its first quarter of fiscal 2021, beating analyst estimates on both the revenue front as well as the earnings front. The company reported a top-line of $792 million, significantly above the analyst consensus estimate of $696.42 million, driven by strong demand for products such as webcams, headphones, microphones, etc.

PC peripherals and other categories are not just benefitting from the remote working environment. Students all over the world are adopting e-learning, which is also significantly benefitting the company. As a result, the PC Peripherals category sales grew 19% in the quarter with the only product witnessing a negative growth being the Presenters, which declined 80% owing to the diminishing number of live presentations in this period. Pointing devices as a category grew 9% for Logitech whereas keyboards and combos grew 15%. Webcams have been one of the fastest-growing categories for the company and they doubled this quarter with a 116% growth and the management has actually engaged in ramping the webcam manufacturing capacity to meet the rising demand and overcome shortages at the retail level.

With the rise of education technology, tablets and other accessories as a segment has also witnessed a strong growth of around 22%. The education channel of Logitech has seen a more than 50% jump in revenues as schools and universities all over the world are moving to a learn-from-home setup. Corporate employees are also engaging in online learning whereas schools and universities are adapting to a hybrid learning environment where some students will take the class in person, while others will attend virtually. Logitech is seeing substantial demand for its iPad tablet products too which are suitable for young students. The other high performing segment is gaming which grew 38% and one of the top performers was the company’s simulation products, particularly the company’s G29 Wheel which experienced a phenomenal sales jump. Among the segments hurt by the Covid-19 were the mobile speaker sales which dropped over 40% in the quarter as a result of the shutting down of the brick-and-mortar stores.

The overall bottom-line also grew significantly as well, with the company reporting earnings per share (EPS) of 64 cents per share, significantly above the analyst consensus estimate of 38 cents per share, which was closer to Logitech’s performance last year. The jump in revenues and profitability resulted in a strong increase in the cash flow from operations, which almost tripled to $119 million from $37 million in the same period a year ago.

Logitech is operating in one of the few industries that are actually benefitting from the Covid-19 pandemic. In fact, The World Economic Forum reported the game hours during peak hours have now increased by 75% post-Covid-19 compared to a 20% increase in the overall web traffic.

As a result of this increasing demand, the management raised its outlook for the 2021 fiscal year. The management now expects a 10% to 13% growth in the revenue as compared to the earlier forecast of a mid-single-digit percentage gain in constant currency. They also raised the annual outlook for non-GAAP operating profit, which is now expected to be in the range of $410 million to $425 million as compared to the earlier range of $380 to $400 million.

Logitech has already appreciated by 60% in the past six months, and I think the run will likely continue. The company has gradually evolved into one of the fastest-growing computer peripherals companies in the world. Its stock price has been on a consistently good run over the years. The stock is currently trading at a price-earnings ratio of 24, which appears fairly priced to me with limited scope for multiples expansion. However, with the continuing growth in the top-line and margins, the company is worth watching out for in the future.

Not a Premium Member of GuruFocus? Sign up for a free 7-day trial here.

This article first appeared on GuruFocus.

Thu Jul 30 , 2020
PHILADELPHIA, PA — With just about a month to go before school resumes for the fall, districts throughout the region and country continue to grapple with how best to offer instruction amid the coronavirus pandemic. Gov. Tom Wolf has determined that Pennsylvania public schools in the state’s yellow and green […] 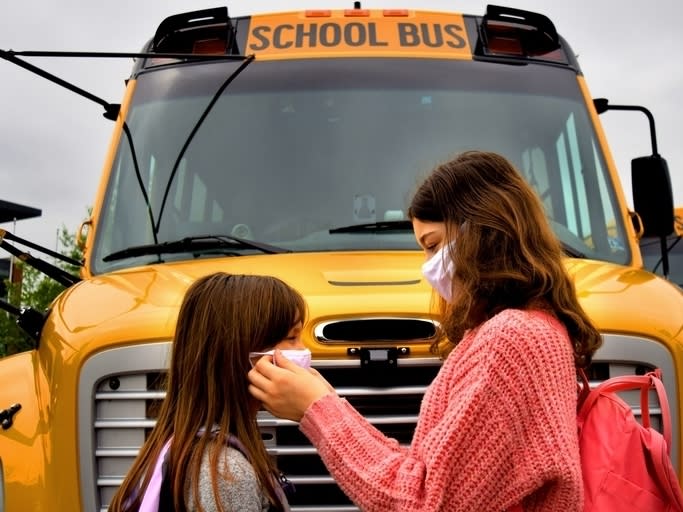