In the Before Times, your standard First Date followed a fairly conventional, if unimaginative set-up: get a beverage with your crush, whom you met online or in real life, and sip it across a table from them while sussing out compatibility. Then came the pandemic, and single folks were pretty […]

In the Before Times, your standard First Date followed a fairly conventional, if unimaginative set-up: get a beverage with your crush, whom you met online or in real life, and sip it across a table from them while sussing out compatibility. Then came the pandemic, and single folks were pretty much relegated to sexting, or video dates. Now that states are phasing out of lockdown, to varying degrees, actually meeting up is no longer completely out of the question. But given that the U.S. is absolutely not out of the woods, and maintaining social distancing is still a really good idea, first dates have still changed. Rather than defaulting to a bar (literally about the worst place you could find yourself right now), interested parties now meet up outdoors, in masks, for socially-distanced park picnics, roof hangs, and hikes. Navigating this new frontier brings with it a new set of logistical difficulties and awkwardness—but also, according to many daters GQ spoke to, a surprising and refreshing focus on the date itself, as opposed to what it might lead to.

Some say the pacing is different, with dates unfolding organically, and lasting for hours because now there’s nowhere else to be. As Brandon, a 31-year-old in LA, who recently smoked separate blunts with a Tinder date on his roof, put it, “People have more time on their hands. Feels like high school, hella long conversations.” And whereas normally, you might anticipate an end-of-the-night hookup, with pandemic-era dates, you could say it’s more about the journey than the destination.

“On regular dates, there’s always this, ‘What happens next, does someone have to make a move?’ Taking out that aspect of it alleviates some of the pressure,” says Jack, 25, who met up with a Hinge date to drink rose for hours at a park in New Jersey, where they were both quarantined with family, then picked up pizza and ate it out of the trunk of his car, tailgate-style. “The endpoint is the actual date. You kind of enjoy it more.”

Katie Boyle, a 29-year-old comedian, appreciates the old-fashioned, slow pace of dates now. Boyle had been Facetiming and texting with a Hinge match for three months before the two finally agreed to meet up for a picnic—“he brought the Jameson, I brought the crisps, and we ended up hanging out for like five hours,” she says.

“It’s nice because you get to know the person first, before you get all confused with having sex,” says Boyle. “I think there is an element missing nowadays where we go too fast, have sex too quick, and it burns out.” Boyle also digs the mystery of the mask. “You can only see half of their face and you can’t touch. It is very surreal and also has a ‘forbidden fruit’ element—it’s kind of exciting,” she says.

When you’ve already become acquainted over the phone, you get to bypass the typical first-date small talk, and that can allow for a more comfortable, fun first hangout. “It took away a lot of the BS of a first date,” says Laura*, 31, who in late May had a picnic with a guy she’d texted with and talked to over the phone since matching in early April. “We’d already had a lot of those conversations, had some jokes between us, so the initial hesitation went away a lot faster than a lot of dates I’ve been on. Felt much more familiar a lot faster—like the third date at least.”

Because these dates often take place outside, without the distraction of a crowded bar, or live music, or a party—and with the element of physical flirting removed—you might figure out faster whether the chemistry is there, at least personality-wise. “It really is just you and this person, with no outside influence,” says Carla, 37, whose preferred style of pandemic-dating has been going on hikes in her rural Colorado town. With one hiking date, masked and six-feet apart on the trail, Carla says she could tell pretty quickly “we were not going to be connected emotionally.”

Subtle cues go a long way. For Jack, it was “if they laugh, if there’s eye contact,” coupled with gauging the conversation compatibility—“if they have the desire to respond with questions on their own, if they give actual answers to the things you’re asking.” Laura was charmed by the fact that her park date brought avocado and tomato in a separate container, and cut them there, so the sandwiches he made for them wouldn’t be soggy. “I was like, that was really considerate!” she says.

Being forced to throw out the old first-date script allows for creativity, and that can invigorate the process, even if the sex-having is still a question mark. Rachel Lander, 24, went on a “date” with her neighbor in Bushwick, where he sat on his roof with a six-pack, and she drank a bottle of wine in her yard. They made eye contact from their respective perches, and talked for a couple hours. Technically, it was a second date; the two had met for drinks in the fall, but had fallen out of touch until one day in April, when she spotted him sitting on his roof and texted him.

“There was definitely more energy—we had to focus more on each other this time,” she says. “You’re not just going on a date to go on a date; you’ve made a point to do it. I think the novelty of it made me more interested in him: I would want to see him again because of the story.”

*Names have been changed throughout.

Coronavirus Has Accelerated the “What Are We” Conversation for New Couples

Couples who quarantine together stay together… sometimes.

Tue Jul 7 , 2020
WASHINGTON (AP) — An eviction moratorium is lifting. Extra unemployment benefits are ending. Parents are being called to work, but schools are struggling to reopen for fall as the COVID-19 crisis shows no signs of easing. With Congress bracing for the next coronavirus aid package, Senate Majority Leader Mitch McConnell […] 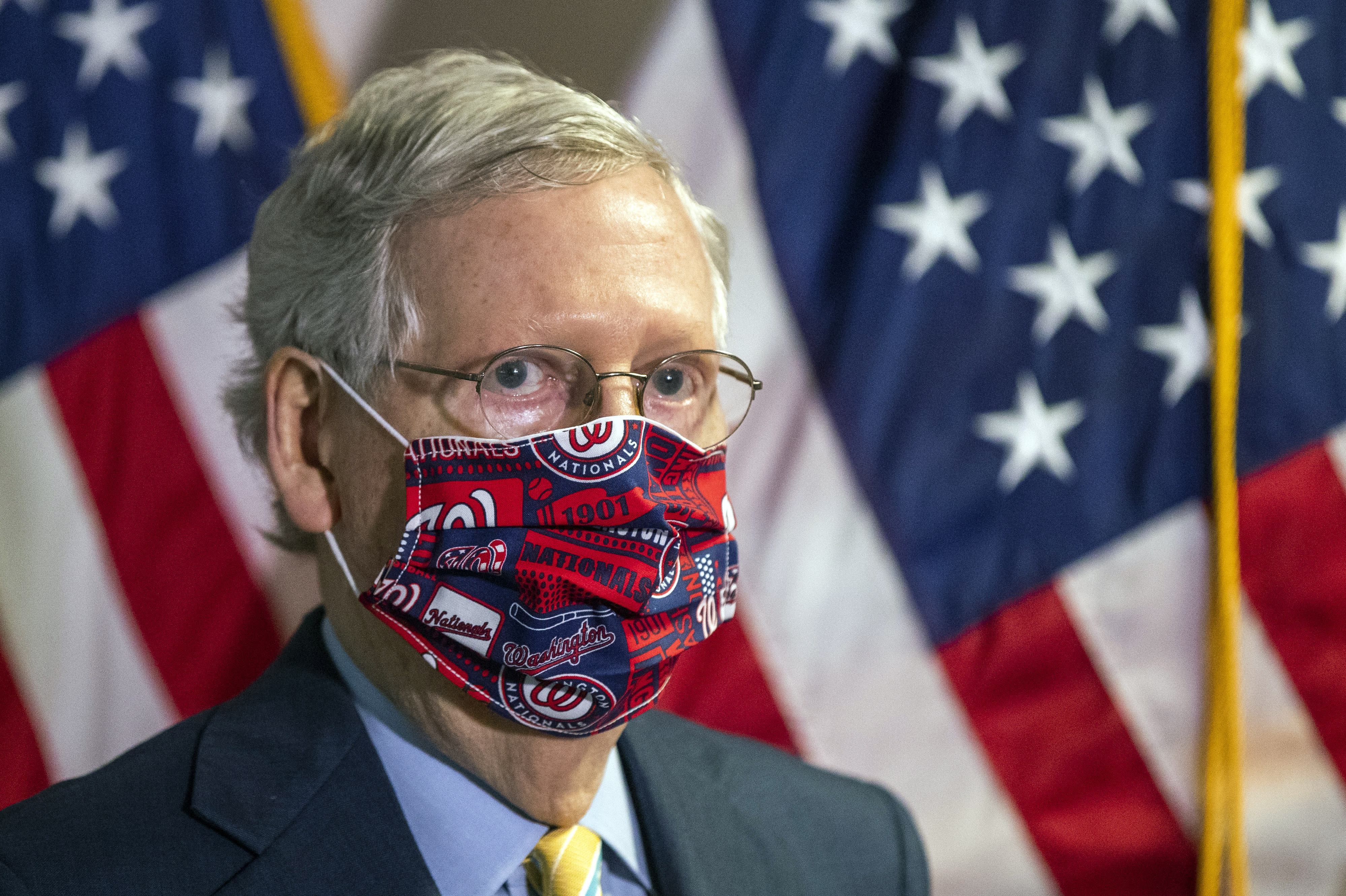