Jeff Bezos – AP Jeff Bezos wants you to know that Amazon is serious about tackling climate change. In the space of four days last week, his company launched a $2bn venture capital fund to invest in technologies that tackle carbon emissions, bought an electric self-driving car firm and revealed […]

Jeff Bezos wants you to know that Amazon is serious about tackling climate change. In the space of four days last week, his company launched a $2bn venture capital fund to invest in technologies that tackle carbon emissions, bought an electric self-driving car firm and revealed that it would rename a Seattle hockey stadium to the “Climate Pledge Arena”.

“Instead of calling it Amazon Arena, we’re naming it Climate Pledge Arena as a regular reminder of the urgent need for climate action,” the billionaire founder wrote in an Instagram post captioning a rendering of the stadium’s future logo.

In February, he announced a $10bn pledge in his own name to finance scientists and charities on the frontline of global warming, building on an order of 100,000 electric vehicles last year from car manufacturer Rivian and a 2040 target to have net zero emissions.

The moves are meant to show that the world’s richest man and his trillion-dollar company mean business when it comes to the environment. But any praise for the billionaire’s climate change battleplan warrants some degree of scrutiny.

The company’s own environmental record has drawn criticism, as a 22pc increase in sales last year came with a 15pc rise in carbon footprint during the same period, and questions linger over the real significance of a few billion dollars from a company worth more than $1tn and an entrepreneur worth more than $150bn.

According to a 2018 report from the Intergovernmental Panel on Climate Change, a United Nations body, the cost of a 1.5°C increase in temperatures by 2030 could lead to damage costs of $54tn.

Amazon’s ambitions to address its carbon footprint appear significant. It hopes to power all of its operations with 100pc renewable energy by 2025. By 2030, the aim is to make all Amazon shipments net zero on carbon. Ten years after that, the goal is to be net zero on emissions across the board.

Net zero pledges have their own issues, often relying on murky offsets rather than meaningful changes to business practice.

The $2bn fund announced last week will be targeted at finding emerging technologies with greener solutions for energy storage, transportation and manufacturing.

Paul Griffin, professor of management at University of California, Davis, says the effectiveness of this fund will depend on how it is invested and how transparent any spending and impact information is.

“We would see some fanfare about the funds being awarded, but the activity could be a non-public organisation so we might not see much about what they’re doing with it and what the results were, other than any voluntary reporting, which is going to be a little bit biased to make them look good anyway,” says.

This fund isn’t a charitable venture from Amazon. Figures point to strong returns coming from green investments. Morningstar, a US financial services firm, found investments in environmental, corporate and social governance (ESG) fields placed 66pc of funds targeting these areas in the top halves of their categories.

David Storm, head of multi-asset portfolio strategy at RBC Wealth Management, claims the strength of performance of ESG bets shows they are “more resilient during bear markets” the likes of which have been experienced since the onset of the pandemic.

“While investing in companies with sustainable business practices is worthy on its own, there’s a long-held misconception that doing so comes at a price of lower investment returns,” he says.

Data from Pitchbook, the research firm, found cleantech start-ups in the US raised $7.1bn from venture capital investors in 2018, more than ever before.

Wise investments could also improve the business itself, making it more efficient and helping it prepare for a future affected by the impacts of climate change.

Zoox, the self-driving start-up founded in 2014 and snapped up by Amazon last week, will dovetail into the e-commerce giant’s plans to bring a cleaner means of getting goods to online shoppers who have turned to the company more than ever before during lockdown.

There are some hopes that similar moves from other global entrepreneurs motivated by the financial and PR benefits of being greener could build enough momentum to keep temperatures down.

Larry Fink, the billionaire chief executive of Blackrock, the investment management firm, acknowledged in a letter to clients earlier this year that climate change would accelerate a “fundamental reshaping of finance”.

This is not the first time trendy enthusiasm has sprung up for green investments. Pitchbook data indicates that venture capital investments rose 137pc between 2006 and 2008 in the US cleantech sector, but eventually fizzled out in the aftermath of the 2008 financial crash.

This time around warnings are more urgent and the need more pressing. Scientists estimate that global emissions will need to be halved over the next decade to prevent a catastrophic 1.5 degree climb in global warming.

Amazon employees have been pushing for over a year for the company to take the climate issue seriously, forming a group called Amazon Employees for Climate Justice.

Amazon’s recent release of its 2019 carbon footprint – which saw emissions rise 15%/6.77 MMT in one year – followed by this obvious PR stunt is indicative of the company’s entire approach to climate change: pledges and symbols without real action. https://t.co/3y2HT7knyF

They have questions about the company’s wildly successful business model, reliant on pleasing the customer with speedy deliveries and endless choice, and whether it can ever be compatible with sustainability.

Earlier this year it fired several employees who had been involved in the group but has insisted they were ousted for breaking internal policies, rather than for speaking out against the company.

“Amazon is prioritising growth and sales over reducing carbon emissions. It still has not proven that its business model can be sustainable,” the group said following the fund announcement.

Magali Delmas, professor of management at the UCLA Institute of the Environment, says Amazon could also shift focus to communicate better with its customers about climate change.

Wary of adding friction to the process, the company provides little information for consumers about the environmental impact of the products they are buying or ways to nudge them to trade a little bit of speed for greater efficiency.

“They’re so timid in terms of their general operations. They could definitely do more, they have an incredible ability to touch millions of customers,” she said.

Amazon is willing to take on climate commitments which help it become a better company. It might be less willing to make changes which threaten to slow its growth machine.

Tue Jun 30 , 2020
WASHINGTON (AP) — Eight Republican lawmakers attended a White House briefing about explosive allegations that Russia secretly offered bounties to Taliban-linked militants for killing American troops in Afghanistan — intelligence the White House insisted the president himself had not been fully read in on. Members of Congress in both parties […] 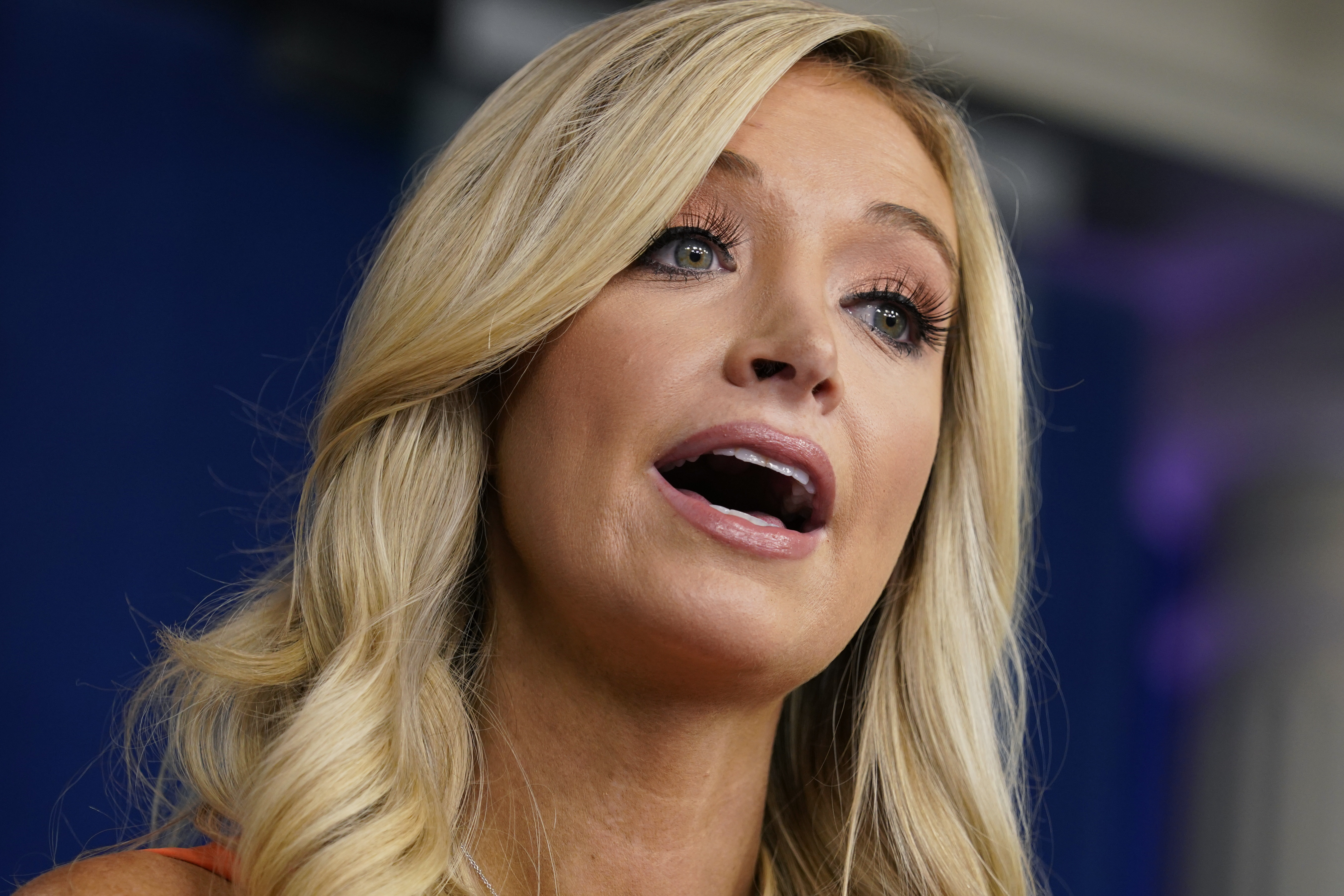