Some patients felt sick, nervously ticking off potential COVID-19 symptoms. Some cited possible exposure to the highly contagious disease. Others were there out of an abundance of caution. All had made an appointment for a test Friday at Heartland Health Centers on Devon Avenue in the Rogers Park neighborhood. In […]

Some patients felt sick, nervously ticking off potential COVID-19 symptoms. Some cited possible exposure to the highly contagious disease. Others were there out of an abundance of caution.

All had made an appointment for a test Friday at Heartland Health Centers on Devon Avenue in the Rogers Park neighborhood. In interviews, they expressed common fears of becoming ill or unwittingly spreading the new coronavirus, which has already sickened more than 150,000 and killed more than 7,000 statewide. Illinois on Sunday set a new daily testing record, with 38,894 COVID-19 tests performed.

For Bizi Obedi, a 21-year-old college student, recent travels to Atlanta — a COVID-19 hot spot — made him particularly worried about possibly contracting the virus. He’d stayed in the home of a relative who later tested positive for COVID-19, increasing his chance of exposure.

Before the trip, Obedi said, he had believed the pandemic was a hoax. Now he’s encouraging his friends to get tested as well. While he hasn’t had any COVID-19 symptoms, he lives with his mother and is concerned he could be asymptomatic but still infectious. Obedi said he plans to stay away from others until he gets his test results in a few days.

“It’s definitely a good idea to self-quarantine,” he said. “Because you don’t know.”

To be tested, Obedi rolled down his car window in the Heartland parking lot on Devon and lowered his face mask just enough for a health care worker to swab his nostrils briefly in a circular motion.

“It was definitely easier than I thought,” Obedi said before driving away. “Just get tested. It’s really that easy.”

Getting a COVID-19 test wasn’t always that way. In the early stages of the pandemic, the state set restrictive guidelines amid shortages of testing materials like swabs and chemical reagents. But since early February, when one Illinois Department of Public Health lab was processing the first coronavirus test kits, the testing landscape has grown to hundreds of COVID-19 testing sites now operating across the state.

State health officials last month opened COVID-19 testing to anyone who wants it and urged people who had been in large crowds to get tested.

Casey Henderson, a bartender who lives in the Bowmanville neighborhood, said she decided to make an appointment after a close co-worker contracted COVID-19.

“I’m mostly worried for him,” said Henderson, 28, adding that she also fears the possibility of transmitting the disease to friends, family members or the public. “I would hate for them to get sick.”

She and her co-worker had been attending meetings on plans for reopening the business after months of closure during the height of the pandemic. Now those plans are on pause, she said.

While the number of new confirmed novel coronavirus cases had largely declined for much of late spring and summer, the state on Thursday exceeded 1,000 new COVID-19 cases for the first time since early June. Then on Friday, state officials announced another 1,317 new known cases. On Saturday came 1,195 more.

The uptick comes as the economy begins to reopen following months of strict statewide stay-at-home orders. Illinois began the fourth phase of Gov. J.B. Pritzker’s reopening plan in late June, which permitted indoor dining and allowed many other businesses to open or widen capacity, albeit with many restrictions still in place.

Henderson believes the state — as well as large swaths of the country — is reopening too quickly.

Henderson urged anyone who does patronize a bar or restaurant during the pandemic to be patient with staff as they adjust to new protocols aimed at limiting the spread of the virus.

“If you do go out to eat or you have a server, put your mask back on when you interact with them,” she said.

Heartland Health Centers has performed about 2,000 COVID-19 tests since the nonprofit began offering testing in mid-March. Staff recalled quickly crafting a testing plan from scratch amid a national shortage of personal protective gear for health care workers and a dearth of test materials.

Illinois, along with the rest of the nation, struggled with mass testing earlier this year as the pandemic was just starting to spread across the United States. Local testing locations would open up only to shut down or significantly scale back operations shortly after, citing a lack of testing materials due to supply chain problems.

It wasn’t until late April that the state finally met — and exceeded — its goal of performing 10,000 tests a day.

“Limited access to tests was the biggest problem initially,” said Molly Bougearel, Heartland Health Centers’ senior vice president of strategy and development. “Only the state lab could do testing. When private labs started offering tests, that helped but tests were still limited. As it became more and more available, we could do more testing, and the federal government is supporting us to increase testing.”

So far, more than 1.9 million tests have been performed across the state. The number of COVID-19 deaths has significantly decreased, and the positivity rate in Illinois is lower than in many other states, though it’s been creeping up; the preliminary statewide seven-day positivity rate for cases was at 2.9% as of Friday, up from roughly 2.6% since June 30.

Yet obstacles to testing remain. While patients at Heartland Health Centers typically receive test results in a few days, others locally and across the country have reported long delays, often waiting 10 days or more to find out if they have the virus because of high testing demand and backlogs at laboratories processing the tests.

Bougearel said access to personal protective equipment is still an issue, though it hasn’t stopped Heartland Health Centers from testing. She said another difficulty is the “constantly changing environment.”

“As we learn about this virus and how it spreads, it changes the way we respond,” she said. “Our patient volume decreased over the last few months because of the (economic) shutdown, and now that we are reopening more we expect to get busier, and we may have to hire additional staff to make sure we continue to respond to COVID-19 as well as our regular health care services.”

Jeremy Pineda, 18, was tested Friday for both strep throat and COVID-19 within minutes at the health center. Pineda, who lives in the Uptown neighborhood, said his physician had told him his sore and scratchy throat could be symptoms of the virus.

“I don’t want to get other people infected,” said the recent high school graduate. “I want to isolate myself and keep my distance from other people, so they don’t get sick.”

Emily Rivera, who manages school-based health centers for Heartland, saw her role shift to managing COVID-19 testing during the pandemic. She said the health center has tested patients from all walks of life, including nuns and recent prison parolees; clients also span a spectrum of races, ethnic backgrounds and ages.

“We’ve swabbed babies and people in their 90s, and everyone in between,” she said.

While most patients drive up in vehicles, staff say some travel by bicycle, take public transportation, walk up or ride scooters to the health center’s back parking lot, where testing takes place. “However they can get here,” Rivera said.

No COVID-19 testing occurs inside the facility, to limit staff and patient exposure to the virus.

Abi Vivek said she wasn’t suffering from any COVID-19 symptoms, and she had no recent known exposure to the virus.

But the 20-year-old college student plans to return home to Virginia soon; she said wanted to get tested for COVID-19 just to be cautious, because she doesn’t want to carry the virus with her on an airplane or infect her family and friends in another state.

“I don’t want to travel and give it to others,” she said.

COVID-19 cases are surging in some parts of the country, straining hospital capacity in states like Florida and Texas.

Mayor Lori Lightfoot earlier this month ordered anyone traveling from 15 states with skyrocketing COVID-19 cases to quarantine for two weeks upon arriving in Chicago.

During a news conference Friday, Dr. Thomas Tsai, assistant professor in the Department of Health Policy and Management at the Harvard T.H. Chan School of Public Health, addressed insufficient COVID-19 testing — particularly in some of the states where cases have recently surged.

“The goal is to get to a point where everyone who wants to get tested can get tested and should be tested,” he said.

Tsai noted that the nation has greatly expanded COVID-19 testing to perform an average of more than 650,000 tests a day in July, which shows that with “concerted effort” even more testing can be done.

“Other countries have been able to do this, and we just need to have the resolve to do that,” he said. “But that means measuring these key performance indicators of the testing process to figure out, state by state or county by county, where the bottlenecks are. Is it still swabs in places? Is it reagents in places? Is it the availability of testing sites in different places? So, we need to shine a light into the process.”

Visit the Chicago Tribune at www.chicagotribune.com

Mon Jul 13 , 2020
France is one of the easier options for a family holiday this year – getty Oh we do like to be beside the seaside. And while only a few weeks ago, the prospect of any sort of family travel this summer – let alone to a suitably sandy beach – […] 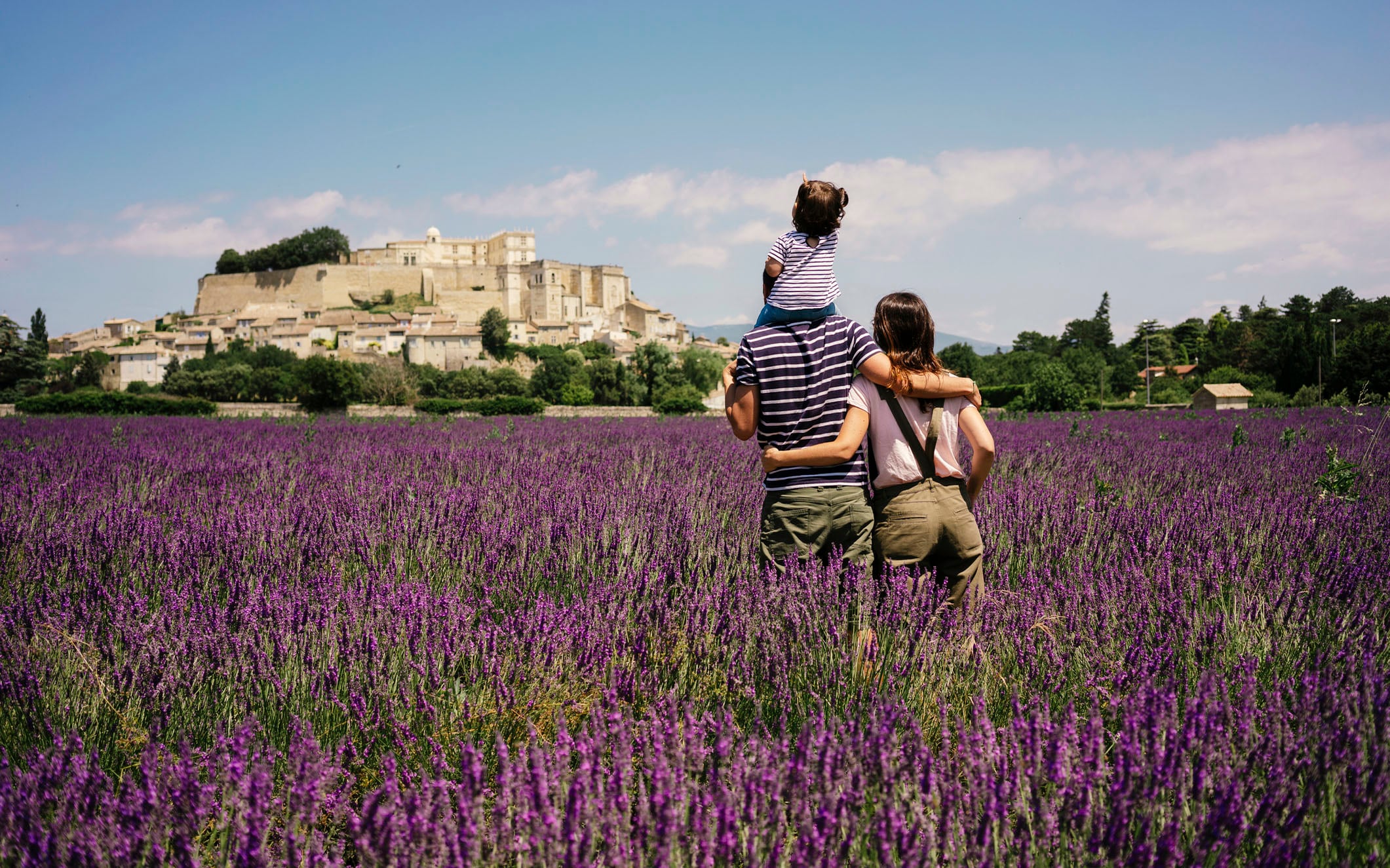