Sometimes, the buying opportunities aren’t so obvious. It’s the job of Wall Street’s investment and research firms to clarify the situation – and Wedbush has been at the forefront of stock research for 65 years. The firm’s cadre of 52 analysts have more than 3,400 reviews on record – their […]

Sometimes, the buying opportunities aren’t so obvious. It’s the job of Wall Street’s investment and research firms to clarify the situation – and Wedbush has been at the forefront of stock research for 65 years. The firm’s cadre of 52 analysts have more than 3,400 reviews on record – their collective finger is on the pulse of the stock market. And in recent weeks, they have pointed out three stocks that investors should consider buying.

We’ve used the TipRanks database to pull up the details on these stocks. They’re an eclectic bunch, covering a variety of business sectors, and Wedbush’s analysts see a far higher upside potential for each of them than Wall Street’s conventional wisdom would allow. Two of these stocks have been upgraded to Buy; one has been initiated at a Buy. Let’s find out why.

First on our list is one of the world’s most instantly recognizable brands, Harley-Davidson. The motorcycle company has, since 1903, developed a reputation for quality, and a legend – neatly encapsulated, for those who know, in its stock ticker: HOG.

Harley’s are sold worldwide, and while sales have been depressed by the coronavirus crisis and economic downturn, the company’s brand and reputation have sufficed to keep earnings positive – and in line with the company’s historical pattern. Q1 saw EPS of 51 cents; this was down 47% year-over-year but above the forecast for the quarter.

Harley-Davidson took a series of proactive steps to mitigate the impact of the pandemic and its economic effects, including a hiring freeze, pay cuts across the board – and highest for upper management, and a temporary suspension of all US production. Perhaps the most salient indicator of the company’s underlying soundness is that it was able to take these steps, and maintain positive earnings, while also bringing in a new CEO.

Wedbush’s James Hardiman takes note of this. He has long held a Neutral rating on the motorcycle maker, finding much to criticize in the centenarian company, but the Harley’s response to COVID has pushed Hardiman to change his stance. The analyst writes, “[We] now find the combination of potential demand drivers and margin opportunities to be extremely compelling. While somewhat slow to materialize, the ‘outdoor play’ seems to have made its way to Harley-Davidson in terms of increased demand, while the company appears to be taking advantage of the pandemic by cleaning up some of its biggest deficiencies…”

Hardiman’s new-found bullishness is backed by his upgraded stance, to Buy, and his price target, bumped up 33% to $36, suggesting a one-year upside of 25%. (To watch Hardiman’s track record, click here)

Overall, HOG’s shares get a Moderate Buy rating from the analyst consensus, based on 10 Buys, 6 Holds, and 1 Sell. Shares are selling for $28.69, and recent appreciation has pushed the stock above the average price target – it would seem that the analysts will have to reconsider their targets in coming weeks. (See HOG stock analysis on TipRanks)

Next on our list, Cognizant, is a global IT giant with a market cap exceeding $33 billion. The stock fell sharply in the general market collapse back in February, and has since underperformed; CTSH shares are still down 12% from February’s peak. Recent weeks, however, have seen the stock gain more than 8%.

In part, this is due to the company’s consistently beating the earnings forecasts, even during the pandemic. Q1 saw EPS beat estimates by over 3%, despite falling 12% sequentially. Qaurterly revenues, at $4.23 billion, were up by 3% year-over-year. Cognizant will release Q2 earnings later this month.

Cognizant has even been able to find business opportunities during the pandemic. The company announced it June that it is working with Verily Life Sciences on COVID-19 testing programs. This is work through Federal, state, and local contracts, and – at least for now – a growth industry. The company promotes its testing work as part of its general contributions, including charitable donations, to fighting the pandemic crisis.

This is another stock that got an upgrade from Wedbush. 5-star analyst Moshe Katri bumped up his stance, writing, “[We] believe the market over-estimated COVID-19’s related challenges on FY21’s revenue growth, margin trends as well as the pace of recovery for the next 3-4 quarters… Collectively, we believe improving visibility, margin stabilization/expansion, as well as the fact CTSH is relatively underowned warrant a P/E multiple re-rating for the stock.”

Along with raising the outlook from Neutral to Buy, Katri increased his price target to $75, indicating confidence in a 22% upside for the next 12 months. (To watch Katri’s track record, click here)

Katri is far more bullish here than the Wall Street generally; CTSH shares have a Hold from the analyst consensus, based on 5 Buy reviews, 8 Holds, and 3 Sells. Wall Street’s analysts are cautious here, as shown by the average price target. The stock is selling for $62.23, while the average target of $61.61 shows a modest downside. A positive Q2 earnings report will vindicate Katri. (See Cognizant stock analysis on TipRanks)

The last stock on our list today is Wedbush’s new rating. Vroom is an online retailer, specializing in used cars, their spare parts and accessories, and funding, insurance, and rentals. The service is only available in the US. Vroom is new to the stock markets, having held its IPO just this past June. The IPO was widely considered successful – Vroom shared tripled in less than one month. VRM has since slipped back, but is still selling for about double the initial offer.

Some specific tailwinds are giving Vroom a lift. First, there is a general move toward online retail due to the COVID-19 pandemic. This is putting pressure on brick-and-mortar car dealers, who are also coping with supply disruptions from the manufacturers, and with restrictions on in-person customer interactions. And second, consumers are delaying or cutting back on big-tick purchases during the economic downturn – including new cars. This provides a natural opening for a used car retailer, offering lower prices for customers who may be leery of spending but still need a vehicle. And finally, as consumers cut back on travel, they are more likely to consider used vehicles over the expense of new.

These tailwinds are balanced by headwinds – mainly, the reluctance of customers to make large purchases. Vroom is already dealing with shrinking margins, and has had to cut prices. Looking ahead, there is plenty of reason to feel upbeat about Vroom; the company saw $1.2 billion in revenues last year, before going public, and the initial response to the IPO was enthusiastic.

Seth Basham, 4-star analyst with Wedbush, initiated his firm’s coverage of VRM shares with a Buy rating. His $64 price target suggests it has room for 37% upside growth in the coming year.

Backing his stance, Basham writes, “VRM has built a sophisticated data-driven, customer-centric integrated online used car retail business model that is asset-light and very scalable, positioning it for rapid growth in the massive and highly fragmented used car industry… we see potential for faster growth for VRM in 2H20 and beyond due to its more scalable business model, while longer-term returns on capital could exceed CVNA given it is leveraging third parties for the asset-intensive aspects of its business…” (To watch Basham’s track record, click here.)

Overall, Wall Street is showing some caution, but is willing to put down money on VRM. The shares are rated a Moderate Buy from the analyst consensus, with 7 Buy and 3 Hold reviews given it since the IPO. The stock is selling for $50.20, and the $60.67 average price target implies a 20% one-year upside. (See Vroom’s stock-price forecast on TipRanks)

Thu Jul 23 , 2020
Photo credit: Alfredo Martinez – Getty Images From Bicycling 2020 has been the year of endless base building. When races started leapfrogging into summer and fall and then sinking like stones in the ocean of an endless pandemic, competitive cyclists went back to putting in miles, solo on the road […] 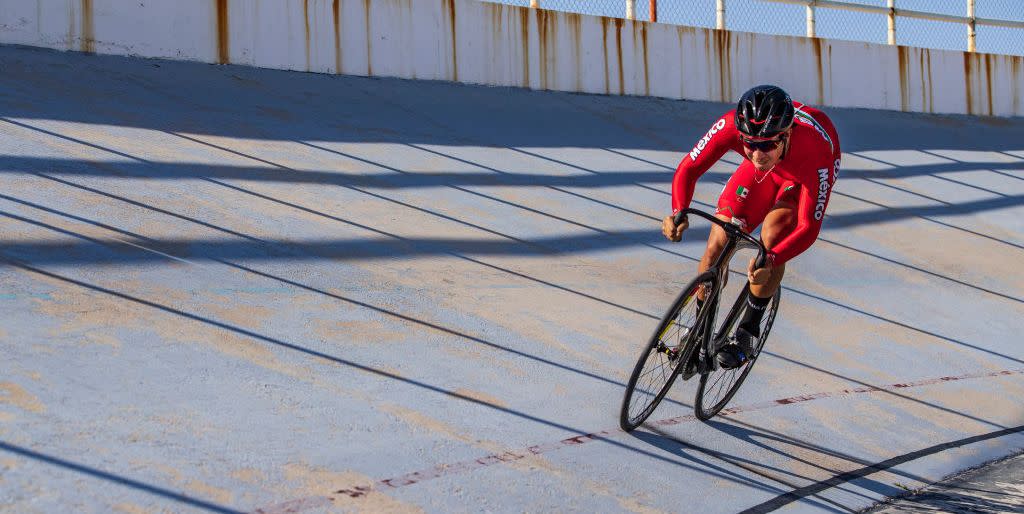