A teenager who was diagnosed with an inoperable brain tumor last year is getting help from kind-hearted volunteers in restoring the classic car of his dreams. It was love at first sight when Coleman Medcoff of Parma, Idaho, came across the 1964 Mercury Monterey before the coronavirus pandemic began. The […]

A teenager who was diagnosed with an inoperable brain tumor last year is getting help from kind-hearted volunteers in restoring the classic car of his dreams.

It was love at first sight when Coleman Medcoff of Parma, Idaho, came across the 1964 Mercury Monterey before the coronavirus pandemic began. The 15-year-old had scoured online ads in search of the perfect car to rebuild before coming across the Monterey, which he named “Maria.”

But while Medcoff is hoping to breathe new life into his car, he is also fighting for his own life. He was reportedly diagnosed with an inoperable brain tumor in 2019 and is currently undergoing chemotherapy to fight it.

“The chemo the last few months, the last four months, has really started to get to him,” his father, Josh Medcoff, told NBC affiliate KTVB. “I think it wears on him more than he likes to show. He stays strong for myself and for his mother and for the other little kids at the hospital, and for everybody around him.”

“Just seeing the pain and everything he goes through with this, it’s really tough,” he added. “As a parent, you want to fix everything, take care of it, take away the pain, kiss the boo-boo and you can’t.”

RELATED: Dad of 3 in Need of ‘Precious Time’ After Being Diagnosed with Incurable Bone Marrow Cancer

After hearing how much fixing the car meant to Medcoff, Scott Reynolds of Harold’s Auto Body offered to help the teen with his efforts. When it became apparent to Reynolds that the car needed plenty of repairs, he suggested Medcoff reach out to the Make-A-Wish Foundation. He hoped the organization could help them get the project off the ground.

To Reynolds’ surprise, the teenager refused.

“He said, ‘I’m not going to do it.’ He’s not one to take charity, he’s very selfless,” Reynolds, a family friend, recalled to KTVB. “He said, ‘Every week, I go to chemo, and I see these little kids with tubes plugged in, and no hair, and they are throwing up and sick, and their families are suffering with them.'”

Inspired by Medcoff’s selflessness, Reynolds connected with people around town to see if they would be willing to pitch in to make the teenager’s dreams come true. In February, the shop surprised Medcoff when they picked up the Monterey to begin a full restoration on it, KTVB reported.

“Had I never received that email, I never would have called my doctor. The cancer would have continued to spread. It’s a scary and humbling thought,” WFLA reporter Victoria Price shared on Twitter

“My guys around here have just been amazing, thousands of hours of sacrifice,” Reynolds told the outlet. “How often do you get the chance to change someone’s life? And this is life-changing. It’s worth it for all of us. It’s a lot of hours, a lot of time, a lot of money, but why not?”

The project is currently accepting donations on a GoFundMe page, which has raised just over $6,300 as of Monday afternoon.

Mon Aug 10 , 2020
⚡️ Read the full article on Motorious These will make you think twice, or three, or four times, before letting just anyone transport your beloved car! A recent story about a flawless Mustang Mach 1 being destroyed during a car hauler accident had us wondering how many other dream cars […] 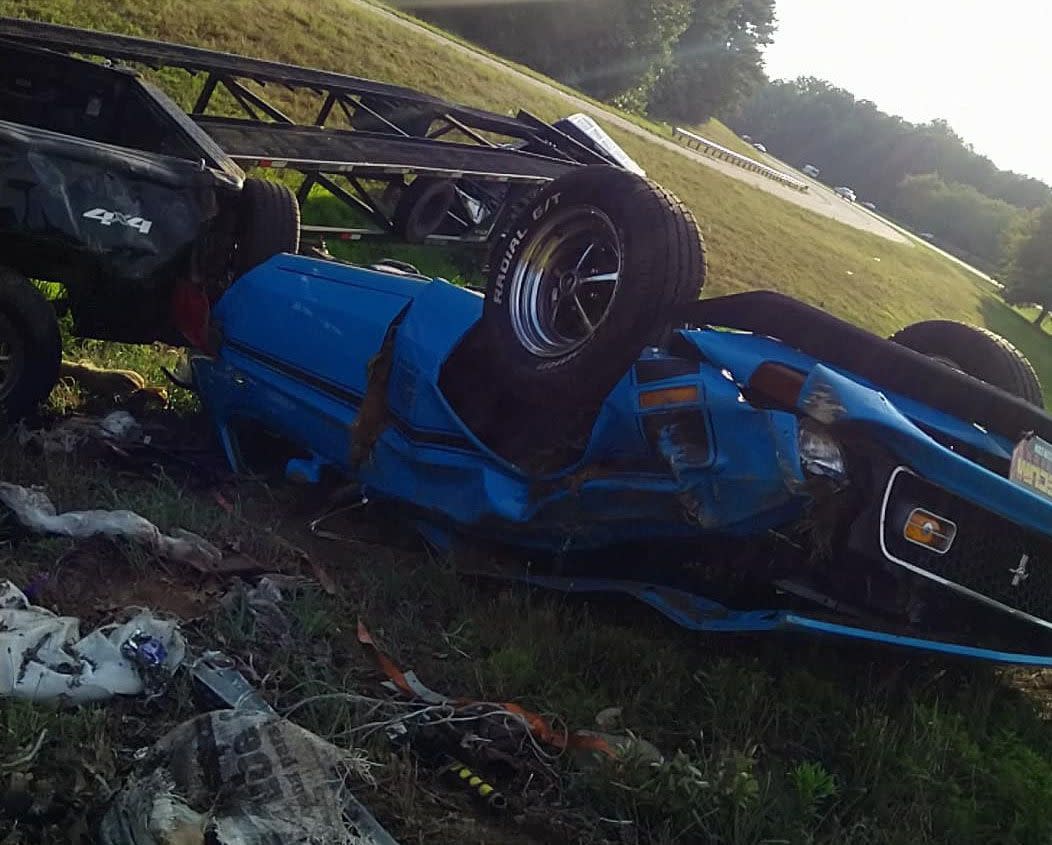