JIM WATSON/AFP via Getty Images Donald Trump’s decision to largely cancel the original RNC convention in Charlotte keeps disappointing Larry Farber.  Before the president torpedoed the long-planned event, Farber, the owner of Middle C Jazz, envisioned a much-needed economic stimulus for the area’s businesses, including his own, which was slated […]

Before the president torpedoed the long-planned event, Farber, the owner of Middle C Jazz, envisioned a much-needed economic stimulus for the area’s businesses, including his own, which was slated to be an official convention venue location. Any chance of that happening fell apart when Trump vengefully moved the festivities and quickly settled on Jacksonville after feuding with North Carolina’s Democratic governor because he refused to guarantee a “full convention.”

But instead of finding a better fate in Florida, Trump caved to the reality of the pandemic and canceled his Jacksonville plans, leaving two different cities to face the fallout. For Farber, it was a painful reminder of the opportunity missed.

“It was a gut punch to all of us that it left, just from an economic standpoint,” said Farber, who grew anxious when Trump first threatened to move the convention back in May. “And now when you see that it was moved to Florida and it’s not going to happen there, as a business owner you of course look back in hindsight and go it’s a shame it didn’t work out for Charlotte, it’s a shame that the RNC couldn’t have come to an agreement with our state and our governor to make it work.”

Trump’s now abandoned push to hold a major RNC convention during the coronavirus pandemic has turned what is normally a historic commemoration of political triumph into one that has become mired in backlash and criticism in two key swing states. Small businesses that had been selected as vendors for either city’s convention had found themselves in the tense position of having to decide between financial gains and health concerns. Now they find themselves gaining nothing at all for their troubles.

Andy Thompson, the president of Charlotte’s Rose Chauffeured Transportation, called Trump’s original move to threaten and flee his state a “short-sighted, short notice, bully tactic”—noting that the convention would have been a boost for small businesses from the economic impact of the COVID-19 pandemic.

“He’s not thinking about us,” said Thompson, who is still hoping the remnants of the convention next month will bring his company some business. “He’s just thinking about himself.”

And in Florida, Bonnie Arnold, the owner of Bonnie’s Floral Designs, said she felt Trump would face backlash for how he’d managed the festivities. Her business had been selected as a local vendor, but Arnold said she wasn’t surprised the convention didn’t come to pass.

“I think it will hurt him politically,” Arnold said of Trump. “(He) did that decision in Charlotte rather quickly… and then to turn around and even in a shorter period of time repeat that, I don’t think builds confidence in his re-election.”

Officials Terrified That Trump’s Jacksonville Convention Will Be ‘Another Tulsa’

By canceling the RNC’s convention plans in Jacksonville, the president further illustrated the sharp tension that now exists between public health and politics—a tension that came into sharp focus in May, when Trump first challenged North Carolina’s Democratic governor to allow him a full-scale convention.

When that governor, Roy Cooper, declined to do so, the RNC and Trump pulled the plug on those plans. Republicans in other states readily embraced the decision and lawmakers lobbied for their states to become the next host. Trump settled on Jacksonville, where both the mayor’s seat and the governor’s office were held by Republicans unlikely to publicly oppose his desire for packed halls..

But Florida quickly became a coronavirus hotspot, forcing Trump to make the kind of major concession he refused to do to keep the Charlotte plans intact. The late cancelation came roughly a week after the RNC posted names of registered vendors online that could be used when the convention was held.

“I think we would have been way worse if it had come… in the sense that it would have brought an even higher rise in the coronavirus here in Jacksonville,” she said.

The Trump campaign referred a request for comment on the vendors to the RNC, who emphasized that “small business support continues to be a top priority” of the president.

“The RNC worked through every possible avenue to continue to hold a more traditional convention and showcase the great businesses, venues and people of Charlotte and Jacksonville, but ultimately, the safety and well-being of the American people has to come first,” RNC National Press Secretary Mandi Merritt said in an email to The Daily Beast.

The decision by Trump to cancel the Jacksonville convention may have been done—as Merritt said—out of caution. But it also came after a June comeback rally in Tulsa, Oklahoma, that became both a PR and public health nightmare for the Trump campaign. That rally featured thousands of empty seats as potential attendees stayed home amid rampant COVID-19 fears. Trump had pledged to keep campaigning. But his team subsequently canceled a New Hampshire event, citing inclement weather. And then it pulled out of Jacksonville after the area’s sheriff said in a statement: “We are simply past the point of no return to execute the event with safety and security that is our obligation.” Charlotte is expected to at least see a portion of activity later this month with 336 delegates appearing in person to officially nominate Trump, according to an RNC official.

For at least one Florida vendor, the cancellation was merely symbolic. At Beacher’s Lodge Oceanfront Suites in St. Augustine, Florida, there had been “slim to none” bookings made specifically for the convention, office manager Jill Ursini told The Daily Beast.

While the oceanfront condo hotel is roughly 50 miles from the once planned convention location, the spot was still just one of only roughly 20 vendors appearing on an accommodations list posted online by the host committee.

“I just don’t think that it really was the right time to even be planning something like that especially in the state of Florida,” Ursini said, pointing to frightening upticks in coronavirus cases. “Maybe go to Montana in the middle of nowheresville or something like that.”

An 'unprecedented proliferation' of coronavirus scams is sweeping the nation

Tue Aug 4 , 2020
There you are, sitting at home near the phone or in front of your computer, working remotely or just trying to stave off boredom amid the pandemic. That makes you typical of many if not most Americans. It also makes you a sitting duck. Just ask Phil Moore. The 73-year-old […] 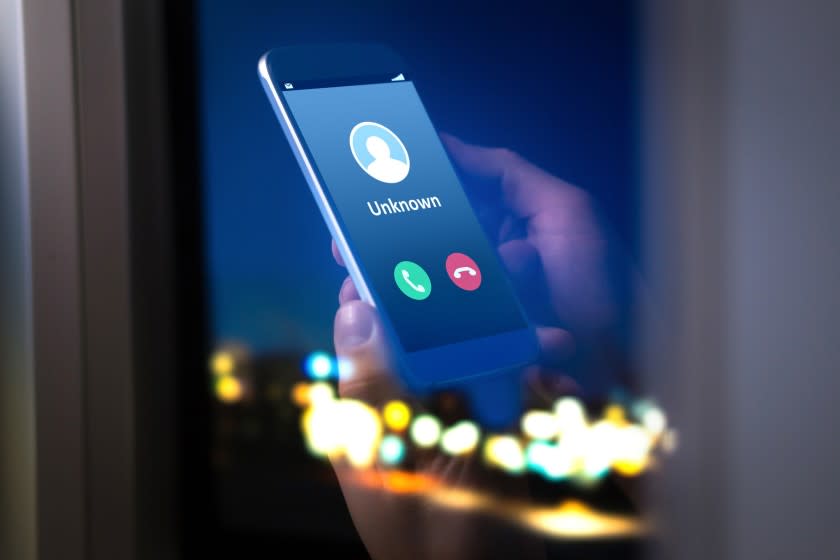