The summer GAA Classic Car Auction is shaping up to be an interesting event. Not only has COVID-19 rewired the way auction houses are hosting sells, this has been a record time for auction companies. While many people speculated that the collector car market would take a hit, it seems […]

The summer GAA Classic Car Auction is shaping up to be an interesting event. Not only has COVID-19 rewired the way auction houses are hosting sells, this has been a record time for auction companies. While many people speculated that the collector car market would take a hit, it seems like the opposite is happening, with enthusiasts investing in cars at a higher rate than expected. Here are some of the best No Reserve cars that will cross the auction block this week.

This mid-engine Japanese supercar is a highly collectible modern classic, with prices that position it in a reasonable price range. The example at GAA is a right hand drive model that just might sell for a bargain for the right bidder.

The Cougar is a true American classic, that’s always been a little different than other V8 powerered sedans. One would come just shy of calling it a muscle car, even though it shares a lot of the same parts as a Ford Mustang. This clean example would be fantastic for top down summer cruises.

There’s a few factors to thank for the skyrocketing rise in the popularity of older SUVs, and this Blazer might be the smartest thing you buy this year, if you’re looking to cash in on the craze. The next buyer can swoop it up, restore it, and sell it when it dives deeper into the vintage zone in a few years, or have one cool daily driver to keep around.

-Used as a daily driver
-1 Repaint in 1997 Due to GM peeling issue
-New tires in April 2020
-All original interior and mechanical
-350 5.7-liter engine
-Automatic transmission

Now onto a more traditional classic collector car, the Pontiac Woodie Wagon! This timeless Wagon is a great representative of the the late 1930s car culture. It’s a great traditional collectible that makes us want to go on an old-fashioned road trip!

Vintage Military vehicles have always had a niche following, but they’ve become more mainstream in recent years. This Land Rover Defender doubles as both a Military collectible, and SUV that will appeal to the off-road market.

The third-generation Camaro has had a curious and fascinating rise to the top of the modern American muscle/classic market. While popular in its own day, it had a few awkward years when it was regarded as the underdog of the f-body family, only to make one of the biggest comebacks of all time in the last 7 years. Now, this generation Camaro is highly-deserable, and hard to find in this kind of condition.

The Cutlass is another vehicle on the list that skirts the lines of being a muscle car, without actually making the cut for most people. It has an agressive appearance, beefy engine, and is a two-door sedan, combined with mid-range luxury options that appealed to a broader crowd than most cars.

Not putting a reserve on a 1962 Corvette might seem insane, but it also might be a brilliant move by the owner. The iconic last year model of the first-generation Corvettes is a highly-coveted collector car, and fuelie ‘Vert.

This small size truck is a model that’s had many hits, and for different reasons, throughout the years. 1980s trucks are hot now because the vintage truck niche is doing so well, but it’s also a truck that had success in the mini truck performance market of the early 2000s. Given the modifications, and beefy tires at the rear, this S10 can probably move!

The Toyota Tacoma trucks representive another class of mini/small size trucks, but it’s a little different than the S10 above. While the S10 is more performance orentintaed, this Tacoma is a do-it-all kind of truck, with a set of beefy tires and wheels, and the suspension to make it a killer off-roader, or fun weekend truck. Not to mention, it has a manual transmission, so it’s going to be a fun truck to drive!

You can livestream the auction once it starts, right on our site, thanks to the GAA Classic Cars YouTube channel. You can also join in on the bidding by phone and online here. Bidding remotely is a cinch. To bid by phone, fill out the registration packet and email it to the address in the link. To make online bids, you will be redirected to the online bidding platform Proxibid.

Tell us which of these No Reserve cars you would make room in your garage to bring home!

Wed Jul 22 , 2020
PRINCETON, NJ — Less than a week after introducing a preliminary plan to reopen schools in September, Princeton Public Schools (PPS) has released a revised plan. Among the changes to the plan include pushing the start of the new school year to Monday, Sept. 14, instead of on Wednesday, Sept. […] 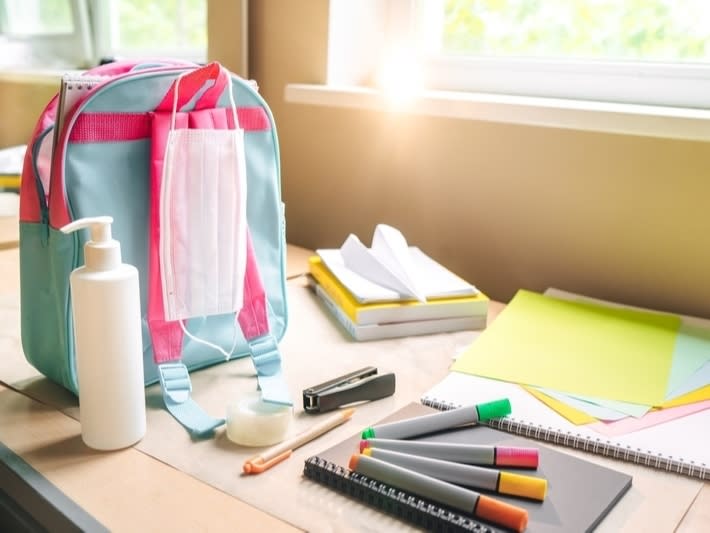