(Bloomberg Opinion) — In folklore, the will-o’-the-wisp is a spirit that lives in marshlands, beckoning night-time travelers with its mysterious light until they stumble in darkness to their demise. The phenomenon is thought to be caused by igniting swamp methane, so it’s oddly appropriate that one of the world’s largest exporters of […]

(Bloomberg Opinion) — In folklore, the will-o’-the-wisp is a spirit that lives in marshlands, beckoning night-time travelers with its mysterious light until they stumble in darkness to their demise.

The phenomenon is thought to be caused by igniting swamp methane, so it’s oddly appropriate that one of the world’s largest exporters of such fossil gas seems intent on pursuing that industry to its own destruction.

An Australian task force on helping the manufacturing industry recover from Covid-19 will recommend subsidies for gas infrastructure and bringing in the government as a guaranteed buyer if commercial customers don’t show sufficient demand, the Sydney Morning Herald and Age newspapers reported Wednesday.

That oversupply has pushed spot prices for Asian liquefied natural gas as low as $2 per million British thermal units this year, an 80% drop on levels that prevailed a decade ago. Despite its own surging exports, that hasn’t been a win for Australia.

While exports of oil and LNG now total around A$60 billion ($43 billion) a year, an immense tax offset granted to builders of export facilities worth nearly a quarter of a trillion dollars has ensured that revenues from petroleum taxes average little more than A$1 billion annually. Qatar, which is still marginally ahead as the world’s biggest LNG exporter, has built an entire economy on petroleum royalties. Australia, on the other hand, makes more than twice as much from beer excise tax.

The building of the current crop of export facilities sparked a jobs boom nearly a decade ago, but that dissipated once construction ceased. Employment in oil and gas production now totals about 20,500 people. Bookings agent Flight Centre Travel Group Ltd. has a workforce about the same size as Australia’s entire upstream petroleum industry.

To be sure, oil and gas extraction is now a significant sector, accounting for about A$44 billion of gross value added per year. Still, the 2.3% of gross domestic product looks like a poor return on the decades of industrial policy that were needed to develop it.

The current push for further subsidies is likely to make a bad problem worse. It’s a priority for a manufacturing task force because the previous gas projects on the populous east coast were designed entirely for export, starving industry of the artificially cheap fuel that some countries (and the remote state of Western Australia) reserve for domestic use.

But Australia’s industrial sector is never going to be a powerhouse worthy of such interventions. Labor costs are too high and its location too remote from global supply chains for the country to be a significant player in large-scale complex manufacturing, as demonstrated by the collapse of its car industry over the past decade.

Any set-aside gas generated as a result of the proposed policies is most likely to end up used in low-value applications like explosives and fertilizer. Together. these account for just a percentage point or so of goods exports, which don’t include major services exports such as tourism and education. At a time when the European Union and Joe Biden’s presidential campaign are looking at imposing tariffs or quotas on carbon-intensive imports, the idea that gas-fired manufacturing will lead to a renaissance of Australian industry seems delusional.

The ultimate problem is that from the perspective of global petroleum companies, Australia’s relatively high costs put its potential projects outside the range of viable investments — and that field is already narrowing, thanks to the recent collapse in oil prices and rise of electrified transport.

Only government spending and tax shields are capable of shifting Australian projects far enough down the cost curve to make sense, but that means that they’ll always be marginal and dependent on ongoing support. A typical 30-year gas project starting development in 2020 would face challenges to getting financed in a world that hopes to eliminate carbon emissions by 2050, but plenty of projects still manage. Indeed, the 96 billion cubic meters of new LNG capacity signed off last year was a record.

Investors are quite capable of finding the rare fossil fuel projects that are strong enough to make a return in a de-carbonizing world. The trouble is, it’s not seeing them in Australia. Rather than using taxpayer money to put its thumb on those scales, Australia would be better stepping back and letting the market decide.

David Fickling is a Bloomberg Opinion columnist covering commodities, as well as industrial and consumer companies. He has been a reporter for Bloomberg News, Dow Jones, the Wall Street Journal, the Financial Times and the Guardian.

Thu Jul 30 , 2020
Miami-Dade County Public Schools will start the school year remotely — and late — on Aug. 31, school officials announced Wednesday. Students, parents and teachers have been anticipating what some would say was an inevitable decision by school officials. With less than a month to go and an infection rate […] 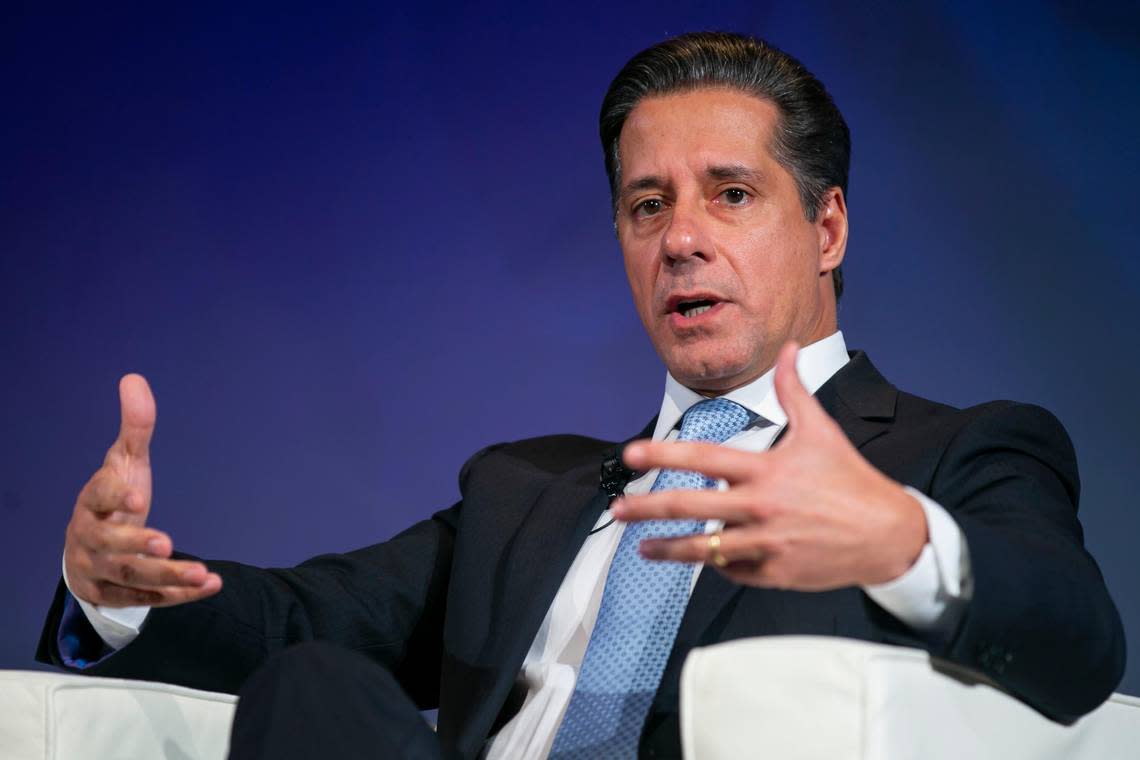