From Delish If you’re a human being on the internet, chances are you’ve seen the recent “Everything is cake” meme, showing off things that look like everyday items until you cut in…and boom! They’re actually delicious cakes. Though these cakes are guilty of giving us and the rest of the […]

If you’re a human being on the internet, chances are you’ve seen the recent “Everything is cake” meme, showing off things that look like everyday items until you cut in…and boom! They’re actually delicious cakes. Though these cakes are guilty of giving us and the rest of the internet some serious trust issues (like, is everything cake now?) we can’t help but be in awe of these creations, many of which were made by baker Luke Vincentini.

You’ve probably seen more than a few of Luke’s amazing, super-realistic cakes floating around online, or maybe you follow his super-popular Instagram. He’s created tons of them (more than 2,000 at this point, by Luke’s estimation) to look like everything from a carton of eggs to a Rubick’s Cube to a can of White Claw spiked seltzer. My personal favorite is a bag of Doritos, in case you were wondering. (Watch until the end of the video above to see that one!)

Luke’s been decorating cakes since he was 12 years old. But the idea for making these types of cakes came to him while working at Carlo’s Bakery, made famous by the show Cake Boss, in December of 2018.

“I figured I had to do something that would capture attention,” he said. “And I figured why not just do hyperrealistic cakes and then let’s shoot videos cutting into them?”

At the time he thought, they’d take off in a couple years via social media. But, he says, “it was so quick, it took off in like eight months. It was insane.”

Luke keeps a running Notes app full of ideas for new cakes on his phone, but sometimes he’ll simply see something—like the bowl of fruit in his kitchen, for instance—and get inspired to make something. That actually happened once, by the way, and the result was a cake that looked exactly like a mango. Other times, he simply has new cake techniques he wants to implement and creates cakes in which that technique will be used.

“It’s kind of funny because you’ll see the comments and they’ll be like ‘okay this is really cool but who asked for an egg carton cake?’ I’m like ‘no one,'” he said with a laugh. “I just wanted to do it.”

But just because he’s made so many cakes over the years doesn’t mean it’s easy. Luke said he treats cakes like a puzzle, and that many of the cakes create their own unique challenges. Two of the toughest types of cakes to make? Ones that look like shoes and ones that look like cars.

“Both shoes and cars, everything has to be exact if you want it to look good,” he said. “They’re so specifically designed and built. You have to look at it like you’re a shoemaker, kind of. Or like you’re really building a car, [with] different measurements. Those two are super, super exact.”

All that said, Luke’s advice for aspiring cake decorators? “Get in touch with [your] patient side.”

It’s that insane attention to detail that’s made Luke’s cakes a smash online, especially recently. They’re garnered a lot of attention before, sure, but seeing his cakes in videos that are going mega-viral as part of the Everything Is Cake meme has been a wild experience.

“It’s funny to see the same, like, four people’s cakes being featured—and it’s so rewarding to be one of them, too,” he said. “And then there are people who are like ‘enough, I’m tired of this,’ and I’m like, it’s not going anywhere! This [was] a thing long before this meme.”

'Fix your bike' vouchers launch, as doctors to prescribe bikes on NHS 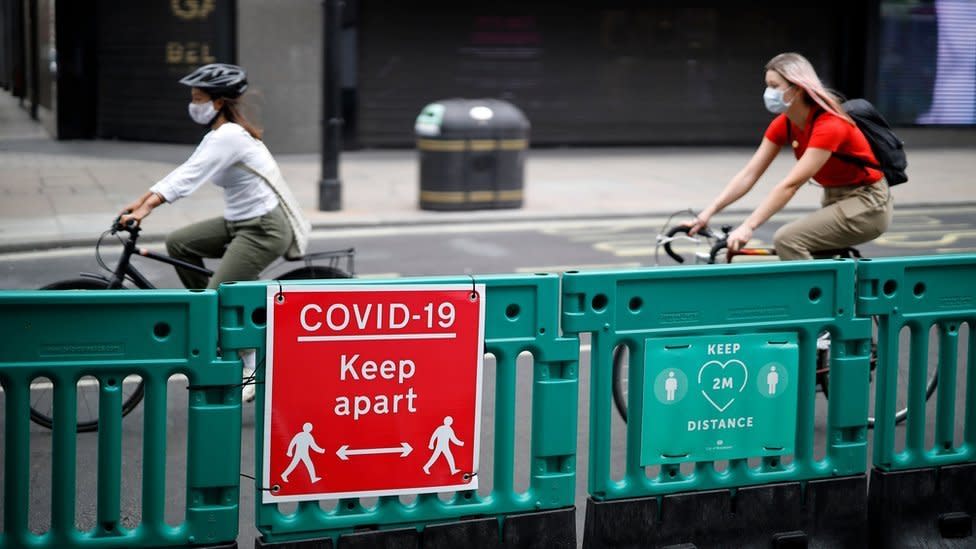