AFP/Getty The world may be distracted by the pandemic, but French voters have not forgotten the climate crisis. Local elections in France have seen an unprecedented green wave, prompting President Emmanuel Macron to announce a new environmental programme. On 28 June, France’s Green Party and its left-wing allies made significant […]

The world may be distracted by the pandemic, but French voters have not forgotten the climate crisis. Local elections in France have seen an unprecedented green wave, prompting President Emmanuel Macron to announce a new environmental programme.

On 28 June, France’s Green Party and its left-wing allies made significant gains, taking major cities such as Lyon, Bordeaux, and Marseille. In Paris, the green-endorsed socialist mayor Anne Hidalgo, known for her anti-pollution and pro-pedestrian agenda, was re-elected with a clear majority.

Municipal elections in France are far more indicative of the political landscape than their equivalents in Britain. As a result, the green wave and the disappointing result for his own party, La République En Marche (LREM), have been a wake-up call for the French president. In response, Macron has promised €15bn over two years to fight climate change, and has accepted all but three of the 149 proposals published last week by the Citizens’ Commission for the Climate.

The Commission, established in 2019 in response to the Gilets Jaunes protests, is composed of 150 randomly selected individuals from all walks of life. Recommendations include a “carbon score” for all products and a call for French citizens to reduce their meat and cheese consumption by 20 per cent. Macron has also declared himself open to holding two referenda on environmental issues in 2021: one on amending Article 1 of France’s constitution to “introduce notions of biodiversity; of the environment; and the fight against global warming”, and the other on criminalising ecocide. A petition to make ecocide a crime in Britain, by contrast, was shut down early in 2019 due to the general election, with only 22,000 signatures.

Macron’s 146-point plan to fight the climate crisis is a far greater commitment than anything Johnson’s government has announced. It will certainly face challenges. Several of the recommendations, such as backing the creation of a European carbon tax, require cooperation at international level.

Protesters blocking an exit to the precinct of the officers who arrested Elijah McClain, cover their ears anticipating the use of flash-bang grenades by police in Aurora, Colorado

A member of the Israeli border police jumps during a Palestinian protest against Israel’s plan to annex parts of the West Bank, in Kafr Qaddum near Nablus

A surfer jumps clear of his board while enjoying winter waves at New Brighton Beach in Christchurch, New Zealand

A man is detained by riot police during a demonstration in Hong Kong. China imposed a new national security law which has faced international condemnation

A man smokes a pipe while wearing a face mask during a demonstration in Nantes, as part of a nationwide day of protests to demand better working conditions for health workers in France

Lawmakers from Taiwan’s ruling Democratic Progressive Party scuffle with people from the main opposition Kuomintang party, who have been occupying the Legislature Yuan, in Taipei

A demonstrator wearing a face mask holds a sign during a protest against police brutality and racial inequality in the aftermath of the death in Minneapolis police custody of George Floyd, at the Victory column in Berlin

A seagull snatches a croissant from a buffet during a press conference at the headquarters of AP Moeller – Maersk in Copenhagen, Denmark

A volunteer receives an injection from a medical worker during the country’s first human clinical trial for a potential vaccine against coronavirus, at the Baragwanath hospital in Soweto, South Africa

Swiss acrobat Ramon Kathriner performs during the “Glacier 3000” Air show, an event marking the reopening of the Alpine facilities above Les Diablerets

A worker cleans volcanic ash off the stupas at the Borobudur temple in Indonesia, a day after Mount Merapi erupted in nearby Sleman, sending a plume of ash into the sky

Aerial view of a burial at the Vila Formosa cemetery during the COVID-19 coronavirus pandemic, in Sao Paulo, Brazil, on June 21, 2020. – The novel coronavirus has killed at least 464,423 people worldwide since the outbreak began in China last December, being Brazil Latin America’s worsthit country with 49,976 deaths from 1,067,579 cases.

National Guards form a line in front of “Black Lives Matter” protestors in Tulsa, Oklahoma where Donald Trump was holding a campaign rally

Nurses, doctors, midwives and health care workers attend the fourth Zumba dance session organised by the Nursing Council of Kenya at Kenyatta stadium where screening booths and an isolation field hospital have been installed. The dance sessions have been organised to re-energise and uplift health care providers sprits during this pandemic

Alpha jets from the French Air Force Patrouille de France and the Royal Air Force Red Arrows perform a flypast over the statue of Charles de Gaulle on the Champs Elysees avenue in Paris to celebrate the 80th anniversary of wartime leader’s appeal to the French people to resist the Nazi occupation, broadcast from London

Barbers wearing protective suits and face masks inside a salon in Dhaka, Bangladesh

Siegfried White raises his hand as he protests outside a burned Wendy’s restaurant on the third day following Rayshard Brooks death. The black man was shot by police in the car park in Atlanta. The mayor ordered immediate police reforms on Monday after the fatal shooting by a white officer

Protesters raise their fists during a demonstration against police brutality and racism in Paris, France. The march was organised by supporters of Assa Traore, whose brother Adama died in police custody in 2016, in circumstances that remain unclear

A pro-democracy supporter shouts at riot police during an anti-national security law rally in Mongkok district in Hong Kong, China. Protesters heeded online calls to gather as the city marks the one-year anniversary of the major clashes between police and pro-democracy demonstrators over the controversial extradition bill

A woman poses in front of a decapitated statue of Christopher Columbus at Christopher Columbus Park in Boston Massachusetts. The statue’s head, damaged overnight, was recovered by the Boston Police Department, as a movement to remove statues commemorating slavers and colonisers continues to sweep across the US

Ivy McGregor, left, reads a resolution during the funeral for George Floyd at The Fountain of Praise church in Houston. George Floyd is being laid to rest in his hometown, the culmination of a long farewell to the 46-year-old African American whose death in custody ignited global protests against police brutality and racism

People raise their fist and stand on their knees as they demonstrate in Nantes, during a Black Lives Matter protest

A woman looks on during a protest against the killing of George Floyd in Osaka city, western Japan

Demonstrator raise their fists at the Lincoln Memorial during a protest against police brutality and racism in Washington, DC. Demonstrations are being held across the US following the death of George Floyd on May 25, 2020, while being arrested in Minneapolis, Minnesota

A handout photo made available by 2020 Planet Labs shows an aerial view of the large diesel spill in the Ambarnaya River outside Norilsk in the Arctic. Russia has managed to contain a massive diesel spill into a river in the Arctic, a spokeswoman for the emergencies ministry told AFP. Environmentalists said the oil spill, which took place last May 29, was the worst such accident ever in the Arctic region

Activists hold a candlelit remembrance outside Victoria Park in Hong Kong, after the annual vigil, that traditionally takes place in the park to mark the 1989 Tiananmen Square crackdown, was banned on public health grounds because coronavirus

A visitor walks in Odaiba as the sun sets in Tokyo

A black man and a white woman hold their hands up in front of police officers in downtown Long Beach during a protest against the death of George Floyd, an unarmed black man who died while being arrested and pinned to the ground by the knee of a Minneapolis police officer. Protests sweeping the United States over the death of George Floyd reverberated on the other side of the globe when thousands marched in solidarity on the streets of New Zealand

Police officers are seen amid tear gas as protesters continue to rally against the death in Minneapolis police custody of George Floyd, in Minneapolis, Minnesota

A boy holds a sign as refugees protest outside the UNHCR offices against a government decision that they should leave their accommodation provided through European Union and UNHCR funds by the end of May, in Athens, Greece

Cloud iridescence, an optical phenomenon where light is diffracted through water droplets, is pictured at the edge of some clouds before a summer thunderstorm over Bangkok

Protesters and police face each other during a rally after a black man died in police custody hours after a bystander’s video showed an officer kneeling on the handcuffed man’s neck, even after he pleaded that he could not breathe and had stopped moving

The aerobatic demonstration team ‘Frecce Tricolori’ of the Italian Air Force flies in formation above the Milan Cathedral. Starting from 25 May, the Frecce Tricolori will perform every day in the skies throughout Italy as part of the 74th anniversary celebrations of the founding of the Italian Republic and to pay homage to the areas most affected by the coronavirus

Saudi Arabia’s holy city of Mecca during the early hours of Eid al-Fitr, the Muslim holiday which starts at the conclusion of the holy fasting month of Ramadan

Tamika Eastley, left, and Anthony Ragusa work out as the sun sets over the Kangaroo Point Cliffs in Brisbane, Australia

Indigenous leader Kretan Kaingang wears a face mask with a hashtag that reads in Portuguese: “Get out Bolsonaro” during a protest demanding the impeachment of President Jair Bolsonaro outside the National Congress in Brasilia, Brazil, Thursday, May 21, 2020. As Brazil careens toward a full-blown public health emergency and economic meltdown, opponents have filed a request for Bolsonaro’s impeachment based on his mishandling of the new coronavirus pandemic. (AP Photo/Eraldo Peres)

People wait in line to undergo the coronavirus tests while keeping distance from each other at a makeshift clinic set up on a playground in Incheon, South Korea

Firefighters fighting a fire at a plastics factory in front of a huge cloud of smoke in Ladenburg, Germany

A woman sits alone on a bench in a park following the outbreak of the coronavirus disease (COVID-19), in Dublin, Ireland

Crematory workers using protective gear are pictured at a crematory in Nezahualcoyotl during the outbreak of the coronavirus disease (COVID-19), on the outskirts of Mexico City, Mexico

So what should Britain do? We must take note of this growing political movement as it gains traction across Europe. France provides ample political inspiration. In 2016, it became the first country in the world to legislate against food waste. Britain ought to do the same. The British government ought to establish its own citizens’ commission of randomly selected individuals to produce environmental recommendations in collaboration with experts.

In Britain, lockdown has seen reduced pollution and the pedestrianisation of city centres. Where possible, this progress must be maintained. Across the Channel, we can only hope that Macron’s new environmental zeal is sincere. But as Extinction Rebellion and the school strikes have shown us, climate activism is a global movement.

The pandemic has claimed thousands of lives and, in time, so will the climate crisis. The 2019 European Parliament elections saw the birth of a green wave. In last week’s local elections, French voters showed the environment remains at the top of the agenda. What is Britain waiting for?

I’ve no longer got FOMO, I’ve got fear of joining in

If social distancing in pubs works, it may also end sexual harassment

Sun Jul 5 , 2020
Photo Illustration by The Daily Beast / Photos Getty The novel coronavirus has shattered education in America, leaving millions of parents struggling to cope with childcare and remote classes. Naturally, tech billionaires have taken it upon themselves to fill the void. But while Facebook’s Mark Zuckerberg pledged $6 million to […] 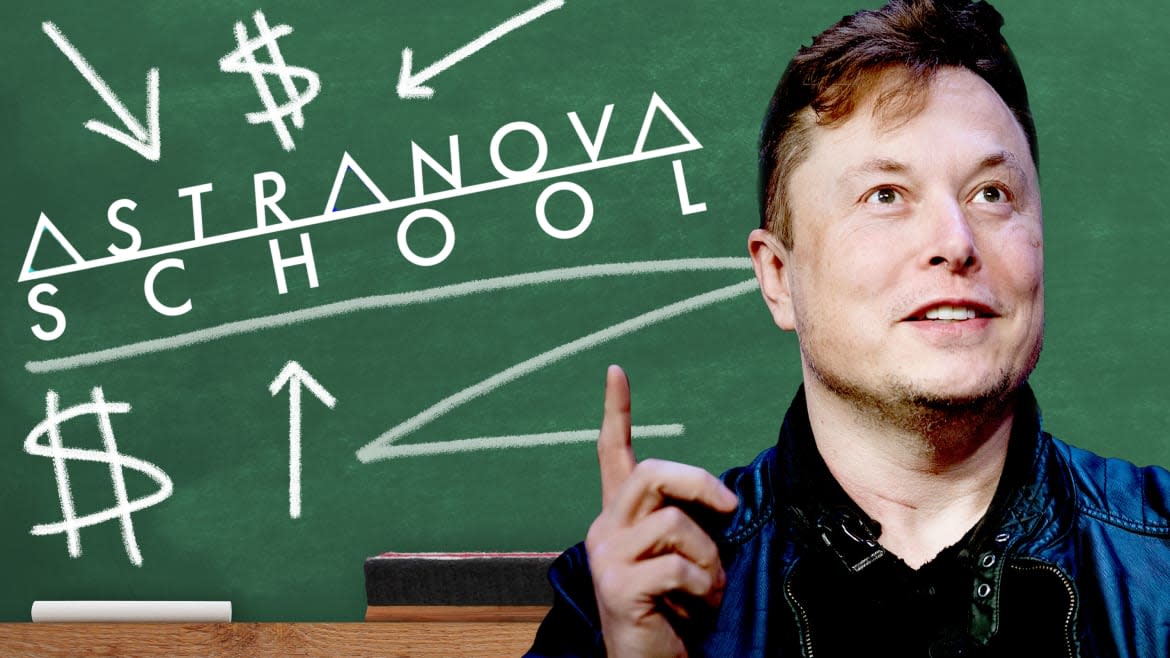