Trevor Milton – Nikola Trevor Milton is ready for internet fame. The entrepreneur is unfazed by the speed of his rise to online notoriety, and his hydrogen-powered truck company’s new status as one of the most valuable automakers in the world.  “It’s been incredible, right? Very few people in life ever […]

Trevor Milton is ready for internet fame. The entrepreneur is unfazed by the speed of his rise to online notoriety, and his hydrogen-powered truck company’s new status as one of the most valuable automakers in the world.

“It’s been incredible, right? Very few people in life ever get to experience what we’re going through,” Nikola’s founder and executive chairman says, speaking as he prepared to open pre-orders for the Badger, its pick-up truck, last week.

Founded in 2014, and for years just one among many electric vehicle startups vying for dominance in a tiny but crowded market, Nikola came to wider attention last month after it went public and almost immediately became more valuable than established automakers including Fiat Chrysler and Ford, though its value has since fallen again to less than $20bn. It has never sold a single vehicle, and doesn’t expect to see any revenue until next year.

It has also attracted attention because of Milton’s own antics. In the past few weeks he has threatened to sue a Bloomberg journalist, posted numerous detailed Instagram stories showing off his company’s technology in defiance of “haters” who doubt him, and invited some of his mouthiest Twitter critics to come and tour his company’s facilities.

This will feel very familiar to anyone who has followed the electric vehicle world and its most famous protagonist, Elon Musk, chief executive of Tesla.

Musk is an entrepreneur but he’s also a social media personality. His jokes and memes have made him wildly popular but also make him a target for critics and have landed him in legal trouble more than once.

Is Milton, 38, deliberately following the same playbook? “It’s just natural. I don’t follow Elon. I think when you start to innovate and you become a true entrepreneur and you’re pushing the limits, your natural tendency is to speak a certain way and to deal with criticism a certain way and cut through all the crap a certain way.”

Both men see themselves as representatives of a new, more exciting auto industry that has grown up to replace the fuddy-duddy legacy car brands. Both run companies named after the famed Serbian-American engineer Nikola Tesla. Sceptics see them as peddlers of exaggerated promises and beneficiaries of a bubble ripe for bursting.

While Tesla’s battery electric vehicles are owned by hundreds of thousands already, Nikola’s fleet of hydrogen-powered trucks are so far more of a hypothetical prospect.

Hydrogen-powered vehicles work by using the gas, combined with oxygen, to run an electric motor. Detractors who compare them unfavourably to their battery-powered equivalents argue that they are more expensive, less efficient and difficult to fuel, given the need to deliver the explosive gas to keep charging stations topped up.

Nikola’s solution is to install electrolysis plants at the stations to make hydrogen on-site. It says hydrogen is the best green alternative to the diesel widely used in the trucking industry, and a better solution than the heavy batteries which currently limit the range of electric lorries to around 300 miles.

Nikola says its trucks will be able to go up to 750 miles between fuel stops, and has ambitious plans to install hundreds of hydrogen charging stations across the US, Europe and the UK. Having this infrastructure will be key to making the fuel anything more than a niche curiosity, something that companies including General Motors and BMW have so far failed to do.

Milton, who like Musk is a college dropout and a serial entrepreneur, sees his online personality as key to getting people interested in his company.

“That is what sets you apart from these big legacy companies like Ford, GM or Volkswagen. They’re boring. It’s very difficult to get excited about their brands.

What about the drama and criticism that comes along with that level of prominence? Milton has already become an online target for Tesla’s most dedicated super-fans, a community well-known for its unsparing treatment of anyone they think might pose a threat to the company.

He’s even accused his detractors of being paid antagonists deliberately stoking fear. “It’s hard to be vulnerable and talk to people about the things that are difficult because then you get these people who just attack you with it,” he said in a recent Instagram story. “They just want to rip you apart.”

But in our interview Milton insists that he’s enjoying it. “It’s kind of fun. It makes people love you more. The more they attack you, the more they love you.”

Dear EV community. Nikola and Tesla have forced almost all HD OEM’s to pivot into zero emission HD vehicles. We have fought hard for years to change that industry against all odds. Sure we compete but who cares. Give Nikola until #nikolaworld2020 to prove everything we have said

Nikola, primarily a HGV company, might have been regarded as no threat to Tesla, which makes and sells high-end electric cars, but for Milton’s more recent decision to stray onto Muskian turf with the Nikola Badger, a pickup truck for the consumer market which opened for pre-orders last week.

The Badger is a more traditional-looking vehicle than Tesla’s own pickup, the Cybertruck, which is huge and angular and made from stainless steel.

Both companies are trying to steal the crown of America’s dominant pickup truck, the Ford F150. The Detroit giant sold almost a million trucks last year.

“There’s no money in building cars. There’s a lot of money in building Ford F150s,” says Milton. “The Ford F150 market has always been profitable through every downturn, and so if we can take that crown from them, we’ve managed to touch the consumer, the average investor, create people that love us and still be profitable.”

“You will eventually run out of money, the markets will stop giving you money and all of a sudden you’re firing 40,000 employees and their families that have mortgages, and those 40,000 families are gonna hate you, hate everything about clean energy, they’re gonna tell you that you lied to them.”

Milton, a Utah-born Mormon who grew up in Las Vegas, says his faith determines his attitude to business. “I won’t put up with anything. If people treat people poorly, my foot is up their butt so fast, they’re out the door. I just won’t put up with any type of intolerance towards people, whether it’s race, or gender or anything, no matter what it is.

“I’m grateful I grew up that way. I had no idea that racism really existed because I viewed everyone as equal. It was really incredible to grow up that way. I grew up in Vegas, most of my friends were black and I never viewed them differently in my entire life.”

At 19, he travelled to Brazil on the traditional mission trip undertaken by young Mormons and spent two years living in a favela teaching English and learning Portuguese. “I went down there as a 19 year old kid, very selfish. And I came back as a 21-year-old man, into adulthood, caring about other people more than myself.”

Nikola has so far raised over $1bn but has yet to deliver a vehicle. Milton says it has $700m cash in hand and a contract to supply brewing company Anheuser Busch with 800 trucks, which it is on track to fulfil. He is especially thrilled with the timing of its rise to prominence, which comes as the world is finally starting to take electric cars seriously.

“The world’s going zero-emission. And honestly, Nikola is probably in a better position than anyone in the world to deliver. So I’m just really excited that we got the timing correct. That’s a very hard thing to do in business.”

How to start cycling: A beginner's guide

Wed Jul 8 , 2020
From the best bike worth buying to the essential safety equipment you shouldn’t leave home without, this is your go-to guide to cycling: iStock As we head into the ninth week of lockdown and we’re allowed to exercise as much as we want now, you may be feeling a little […] 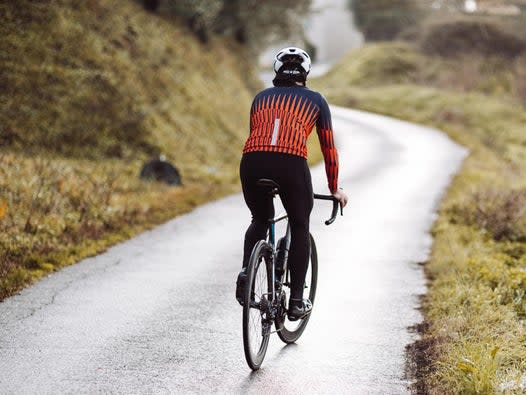