America has a big decision to make with its November ballot. In Massachusetts, there’s a smaller, but still important decision: Who should be able to see the data your newer car is quietly sending to its maker? Voters in the Commonwealth will see Question 1 on their November ballots . […]

America has a big decision to make with its November ballot. In Massachusetts, there’s a smaller, but still important decision: Who should be able to see the data your newer car is quietly sending to its maker?

Voters in the Commonwealth will see Question 1 on their November ballots . It’s an initiative that follows up on the 2012 Right to Repair initiative. Back then, 86 percent of Massachusetts voters approved the initiative, which forced carmakers to provide a standard means of accessing a car’s data systems. After its passage, automakers, rather than face 50 different states’ laws on data access, reached an agreement with auto shops to apply it nationwide. This dramatically expanded the usefulness of the OBD-II port (take a look under your dash, you’ve probably got one!), and prevented car owners from being sent to the dealer for every obscure error code.

Since 2012, wireless and cellular technology have become faster, cheaper, and ubiquitous. Almost every new car sends loads of data back to its manufacturer over the air: repair and maintenance statistics, GPS location, vehicle health, and even your steering, speed, and braking behaviors. The 2012 agreement doesn’t address this kind of passive, continuously transmitted data, often called “telematics.” There’s no requirement that the data be available to repair shops, auto parts retailers, or even you, the car owner.

If you’re of the mind that you own the things you buy, and should be able to fix them or hire competent people to do so, you should vote yes on Question 1. Even if you don’t have a particular stance about telematic data (hey, it’s good to have hobbies), you probably don’t like the idea of having to take your car to the dealer, just because the dealer is the only one who can access your car’s braking data.

All this is to say: As fixers, we should support the Right to Repair ballot initiative, or “Question 1,” in Massachusetts.

The main counterargument to opening up access to car telematics is “But what about hackers and criminals?” The carmaker-backed Coalition for Safe and Secure Data argues that opening up your car’s repair-related data to repair shops is the equivalent of giving all of your data to anyone who wants it. Including trenchcoated home invaders, according to this hilariously scaremongering ad, who now have your garage door code and know where you live. Right.

At the moment, your car’s telematic data is sent and collected by the large carmakers—so if anyone comes for you in a trench coat, they were probably sent by Detroit. Backers of the ballot initiative propose that access to the telematic data be controlled by a smartphone app. If Question 1 passes, you’d be able to access this information yourself, or send it to a preferred third party, like AAA.

We think the initiative should go farther, and require a physical wireless data off-switch that prevents anyone, including the carmaker, from having access to your information. But as written, the initiative is a step in the right direction to give car owners more control over where their telematic data is sent.

When the 2012 initiative passed, there was still more work to do. Voters didn’t endorse a pinout schematic for future car ports, but mandated that automakers create a safe means of accessing car data. After some additional legislation and negotiations, they created a reasonable standard that is in widespread use today. That’s what we’re hoping to see happen in Massachusetts, and then the country as a whole. It’s reasonable to say you don’t want everyone to have access to every stored bit in your car. But, then again, do you want your car’s data security managed solely by … a car company?

Owners Of Over 15 Motorcycles Questioned In UP Topper Death Case

Sat Aug 22 , 2020
The woman, Sudiksha Bhati, died Monday morning near Aurangabad. Bulandshahr: Over 15 motorcycles were brought to a police station here on Wednesday and their owners questioned over the death of a 20-year-old woman, who was visiting home from the US, in a Bulandshahr road accident, police said. Information has also […] 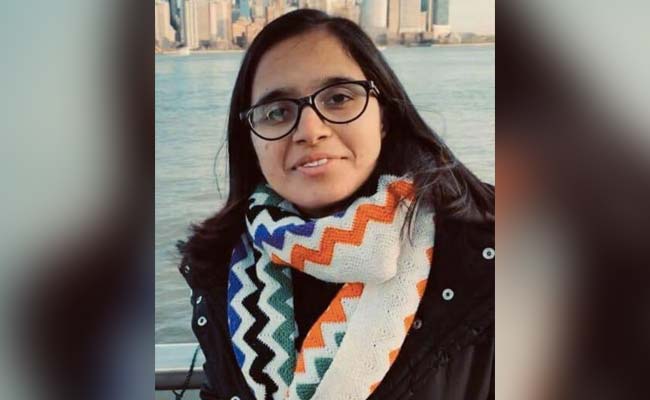