The information superhighway can lead people down treacherous roads. And that’s the path explored in the satirical horror film “Spree,” out Friday, which centers on ride-share driver and wannabe influencer Kurt — played by “Stranger Things” star Joe Keery — whose obsession with social media relevance turns deadly. “Lots of […]

The information superhighway can lead people down treacherous roads.

“Lots of people have unhealthy relationships with social media and I hope this movie helps people analyze that a little bit more. And we have seen some of this stuff in the real world,” Sasheer Zamata, who plays standup comic Jessie Adams, told the Daily News. “This isn’t like so far-fetched. So, I hope it’s also kind of a cautionary tale.”

During a Spree ride (a double entendre and the film’s equivalent to Uber and Lyft), Kurt learns that Jessie, his passenger, has a prominent social media following and instantly becomes obsessed.

“I hope that people can see the satire,” the “Saturday Night Live” alumna, 34, said. “But I also hope that they can see like, this can be a possibility.”

Last summer, Brandon Clark, then 21, pleaded not guilty to murdering his 17-year-old girlfriend and internet personality, Bianca Devins. Pictures of the deceased teen were posted and shared online.

Zamata, whose real-life standup work is featured in bits and pieces during the film, has long been weary of social media, which she mostly uses as a “promotional tool.”

“I feel like I was already trying to make sure I wasn’t putting too much personal information out there, because I’m a private person in general and I just don’t need everyone to know my business,” she said.

“And then after the film,” she laughed, “I was like, ‘Oh, there’s like safety reasons why I need to be private.’ Definitely don’t want people knowing like where I live, where I’m going to be. … Honestly, if I didn’t have to promote stuff, I don’t really know what my relationship with social media would be, because I don’t get a lot of joy out of (it).”

Unlike most horror films, “Spree” is focused on a hunter tracking his prey, not the prey outrunning a crazed, often faceless, killer. Jump-scares take a back seat, and the fractured psyche of the killer takes center stage.

It also enables the audience to watch as the sadist sets the traps for his oblivious victims.

Zamata admits that in her character’s shoes, she’s unsure how she would have handled the off-putting encounters that preceded the film’s violence.

“It’s such … an uncomfortable situation, and you’re in a moving vehicle that’s not yours,” she said. “I think that’s hard to answer as a person, but also as a woman. Because you’re like, ‘Well, I might not feel safe with these two people I don’t know and do I feel comfortable asking to get out right here? Do I even know where I am?’ … You have to really assess so many things in a scary moment like that.”

“Spree” lands on digital and on demand services Friday.

Tue Aug 11 , 2020
From Autoweek In theory, a Targa body style gives you more chassis stiffness and less weight than a convertible, but still lets the sunshine in. And it’s true, the 2021 Porsche 911 Targa is 44 pounds less than the 911 convertible, but it still weighs about 200 pounds(!) more than […] 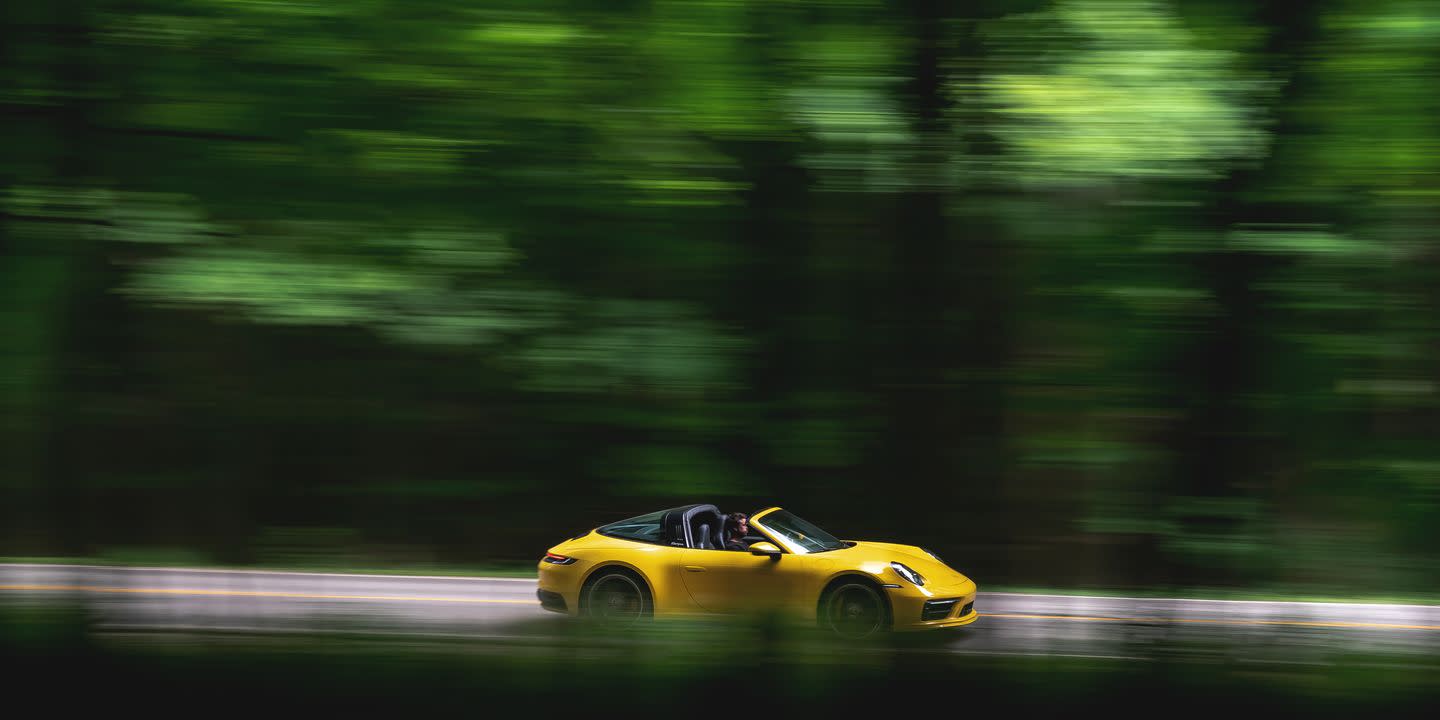