MADRID (Reuters) – Former king Juan Carlos’s sudden exit is only temporary, he told friends from aboard a jet carrying him away from Spain, La Vanguardia newspaper reported on Wednesday, as confusion mounted over the ex-monarch’s plans. “I’m not on holiday and I’m not abandoning Spain. This is just a […]

MADRID (Reuters) – Former king Juan Carlos’s sudden exit is only temporary, he told friends from aboard a jet carrying him away from Spain, La Vanguardia newspaper reported on Wednesday, as confusion mounted over the ex-monarch’s plans.

“I’m not on holiday and I’m not abandoning Spain. This is just a parenthesis,” he said in a message to friends, according to the newspaper.

But, with no official confirmation of the 82-year-old’s whereabouts, speculation remains rife. El Pais, also reporting that the former king told friends his departure would be temporary, added: “Others, in the government, think it won’t be that easy.”

Juan Carlos came to the throne in 1975 after the death of General Francisco Franco and was widely respected for his role in helping guide Spain from dictatorship to democracy, but recent scandals have tarnished his image.

News of the former monarch’s exit is continuing to make huge waves at home.

An online petition to change the name of Madrid’s King Juan Carlos university had racked up more than 39,000 signatures on Wednesday morning.

“Corruption cases surrounding the Royal Family keep appearing, torpedoing the image of a monarchy that had been presented to us as ‘wholesome’ and ‘humble'” the petition read.

Citing anonymous sources, El Pais and El Confidencial say Juan Carlos, who his keeping his title of King Emeritus, is in Portugal, where he spent part of his youth.

La Vanguardia and ABC newspapers report he travelled by car to Portugal before flying to the Dominican Republic where he is staying as the guest of a wealthy family.

But Dominican authorities told Reuters the king’s last stay in the country was between Feb. 28 and March 2 and they had no information about a possible arrival.

A Royal Palace spokesman and a lawyer for Juan Carlos both said they had nothing to say. They have made no public comment beyond Monday’s announcement of the king’s departure.

While Juan Carlos is not formally under investigation several details of the probes were leaked to the press, piling on the pressure for the king to take action to protect the monarchy. Through his lawyer Juan Carlos has repeatedly declined to comment on the case.

How To Get the Most Money When Trading In Your Car

Wed Aug 5 , 2020
More than 40% of new vehicles purchased at dealerships involve a trade-in, according to Edmunds. If you’re bringing an old car to the dealership as part of your negotiations for a new set of wheels, your job is to squeeze every possible dollar out of the vehicle you’re trading in. […] 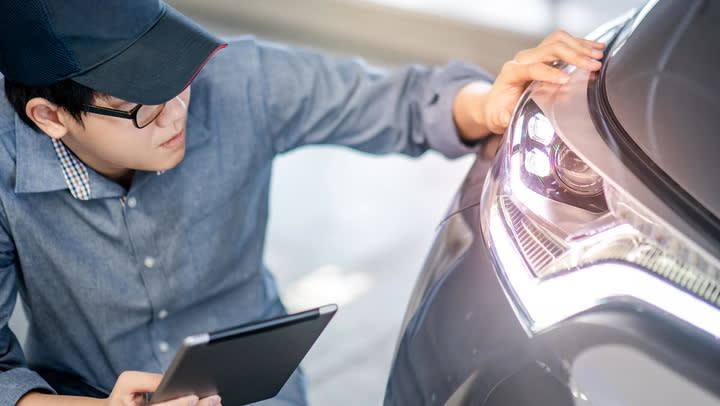