Forty-four years after they honeymooned at the Magic Kingdom, Carol and Steve Show donned mouse ears with “44” emblazoned on the iconic headgear and posed for photos in front of Cinderella Castle. The two were among the estimated 16,000 people who descended on Walt Disney World Saturday as the Magic Kingdom and Animal Kingdom […]

Forty-four years after they honeymooned at the Magic Kingdom, Carol and Steve Show donned mouse ears with “44” emblazoned on the iconic headgear and posed for photos in front of Cinderella Castle.

The two were among the estimated 16,000 people who descended on Walt Disney World Saturday as the Magic Kingdom and Animal Kingdom welcomed guests for the first time since COVID-19 forced the parks’ closure March 15.

The parks opened even as the Sunshine State recorded a sharp increase in new infections. On Saturday, the Florida Department of Health reported 10,360 new cases, the 18th consecutive day that at least 5,000 new cases of the novel coronavirus have been announced ⁠and pushing total cases to 254,511.

And those making their way back to the “Place Where Dreams Come True” found a smaller, much more sanitized and COVID-19-conscious world.

The coronavirus-forced changes were myriad, from touch-free forehead temperature checks to hand-sanitizing stations and six-foot separations between guests in lines.

Social distancing was emphasized by signage on everything from the ground to walls to trash cans, and reinforced by the addition of plexiglass-topped partitions in lines for rides and partitions at registers in shops. Visitors who ordered food had to order it online before they could enter the restaurant, remove their mask and eat.  Masks were mandatory, except when eating.

None of that stopped the Disney faithful from snagging reservations as soon they opened up  in late June, first for those with resort reservations and then for annual passholders.

The Shows, both 64, “absolutely” had concerns about the spread of COVID-19 in Florida.

And the Port St. Lucie, Florida, residents have “heard all the questions,” especially, “Why would you be going there now?”

But their answer, said Carol Show, is, “Why wouldn’t we?”

“We discussed this a lot,” said the retired teacher. “We think Disney is taking so many precautions, we feel safer here than at stores. We’re not very fearful people. We figure, let’s live.”

Disney has not specified how many visitors it planned to admit Saturday or what that count will be in for the foreseeable future. But Len Testa, co-author of “The Unofficial Guide to Walt Disney World,” estimated that there were just 10,000 guests in the Magic Kingdom and another 6,000 at Animal Kingdom on opening day.

“To put that number in perspective, the Magic Kingdom averages just under 60,000 per day,” he said, adding that this week’s preview events for annual passholders drew between roughly 7,000 and 8,000 per day.

Guests lined up early at the Walt Disney World transportation center, where they could board the monorail, ferry or buses for the Magic Kingdom.

Visitors who opted to ride the iconic monorail from the Transportation and Ticket Center to the Magic Kingdom entrance stood in a well-marked socially distanced queue. The train’s cabins were divided using vinyl barriers, and only one or two families were allowed in each.

On a normal, pre-COVID-19 day, the trains would have been filled to standing room only capacity, but Jess and Brandon Bullock of Sarasota, Florida, didn’t find much of a line. They did find freshly sanitized seats – one party per bench and no one standing, hanging onto handrails – and a much less frenetic crowd than usual.

“The feeling through security and monorail lines was pretty sterile,” said Jess Bullock, 31. “Definitely not the usual bubbly atmosphere, but that’s understandable.”

Inside the park, they found shorter waits for favorite attractions and rides, though at times, Bullock said, waits were much longer than displayed on the Disney app or signs.

It rained at some points, and the 100-degree-plus heat index was stifling. Cinderella Castle glistened after a brief downpour, its blue and pink spires reflecting in puddles on the cement. The Magic Kingdom’s central hub was hosting light crowds of picture-taking guests as of noon.

Overall, the Bullocks were pleased with what Disney’s done to welcome guests back, but “to be quite honest, I think Universal has done a better job,” Bullock said.

‘We felt super safe’:  What the Universal Orlando reopening was like

“But Disney would be a close second,” she said, adding that she and her husband will be back for a long weekend stay next week.

“I think the biggest thing is, Disney doesn’t have as many places to rest and you don’t see as many people out cleaning as you do at Universal.”

One other thing stood out to sisters Mary Griffin and Leslie Shinault of Rockledge, Florida: “We saw four strollers by the carousel, instead of hundreds,” said Griffin, 56. “And there was no one stepping on your heels.”

A major but strictly-enforced downside: Those mandatory masks, which the sisters agree are “absolutely necessary” given COVID-19, but “a nightmare” to wear for hours in 90-plus-degree heat, Shinault said.

Despite any glitches, waits and the rain, Carol and Steve Show say they were just happy to return to a place they’ve loved all their adult lives and have visited often since moving to St. Lucie County a few years ago.

Decked out in bride-and-groom attire, the two retirees were hard to miss in a fairly sparse crowd. Even Bullock reported seeing “the anniversary couple,” who bought “Together Again” T-shirts, new to Disney shops in honor of the reopening.

“We couldn’t walk anywhere without feeling like a celebrity,” Carol Show recounted. “Everyone was offering us congratulations as we walked down Main Street …. all the cast members – even the Disney vice president – greeting everyone.

“Safe” is a subjective term but thanks to all the COVID-19 precautions, you may actually feel more protected at Walt Disney World than you might at your local grocery store.

There was near total-total compliance with the face-covering requirement and on the occasion that folks slid their mask below their noses, they fixed them quickly when asked to do so by staff.

The additional safety precautions did come at a price, though. The walls of plexiglass shields constant health safety reminders are reassuring, but they also pull you out of the “fantasy” a little. However, the ability to experience all of the park’s headliners with other little-to-no waiting mostly makes up for the eerie atmosphere.

This article originally appeared on Florida Today: Walt Disney World: What we learned from the parks’ reopening day

Sun Jul 12 , 2020
CRYSTAL LAKE, IL — Students are expected to return to school in the coming weeks, and District 47, like most school districts throughout the Chicago area, is still weighing its options on how to safely do that amid continued concerns over the coronavirus pandemic. Denise Barr, director of communications and […] 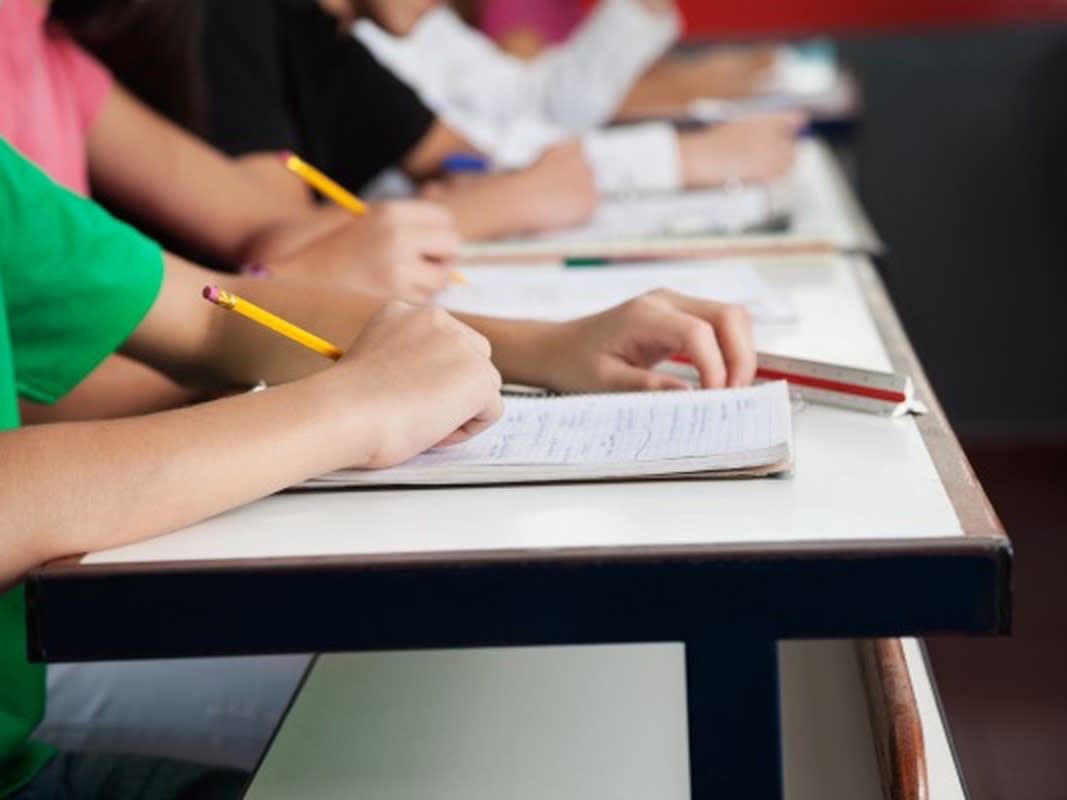