What if scientists could harness the extraordinarily powerful process that fuels the sun to generate clean energy here on Earth? In a potentially historic milestone, they are taking a step towards just such a future today. At a ceremony Tuesday morning in southern France, a 35-country consortium officially began the […]

What if scientists could harness the extraordinarily powerful process that fuels the sun to generate clean energy here on Earth? In a potentially historic milestone, they are taking a step towards just such a future today.

At a ceremony Tuesday morning in southern France, a 35-country consortium officially began the assembly phase of a megaproject known as ITER — the International Thermonuclear Experimental Reactor. Once assembly is complete, about four and a half years from now, it will be the world’s first industrial-scale fusion device. If successful, it promises to pave the way for virtually limitless, waste-free energy.

Fusion is the process that powers stars like the sun, which can be thought of as a gigantic fusion reactor. When two atomic nuclei combine, or fuse, to form a heavier nucleus, energy is released. However, here on Earth, fusion as a form of power generation remains largely theoretical. While scientists have managed to achieve fusion, to date it has only been done for very short periods of time and never produced more energy than it took to actually make the fusion reaction occur.

The aim of ITER, which will be the world’s largest scientific research facility, is to demonstrate that fusion power can be generated sustainably in a human-controlled process on a commercial scale.

Michael Mauel, a professor of applied physics at Columbia University, called the start of ITER assembly “a milestone for international science and demonstration of the great achievements that are made possible by sharing resources, expertise, and vision for an abundant, clean-energy future.”

To say fusion is the holy grail of energy would not be an overstatement. That’s because the fuel for fusion is readily available and abundant, there is no physical possibility of meltdown, and the output produces no carbon dioxide. It holds out the promise of producing emissions-free energy at a time when the world desperately needs alternate energy sources to reduce the soon-to-be crippling impacts of climate change.

One aspect of fusion that makes it so alluring is that the fuel needed for the reaction is the extremely abundant element of hydrogen, which can be extracted from seawater and lithium. Hydrogen is ubiquitous enough to supply humanity limitless energy for millions of years. A pineapple-sized amount of this fuel would be the equivalent of 10,000 tons of coal — enough to power 2,300 average U.S. homes for a year.

But so far, generating viable fusion power has remained beyond our grasp. That’s because to achieve fusion, plasma — a gaseous state of matter made up of charged particles (think Northern Lights or glowing plasma lamp) — must be heated to an astounding 150 million degrees Celsius. That’s ten times hotter than the core of the sun. No reactor has yet been able to produce more energy from fusion than it took to create the fusion in the first place. This obviously defeats the purpose.

“Delivering fusion energy for humanity is far from easy. It requires combining the scientific knowledge of astrophysics with the technical know-how of nuclear power engineering,” Mauel said.

But Mauel is optimistic about ITER’s chances of success due to years of learning from sophisticated experiments. “After decades of research effort, there is good cause for optimism. ITER will be the ‘game-changing’ experiment because it is built large enough to release fusion power at the scale of a power plant — and be the first experiment to release more fusion power than injected.”

The idea of fusion dates back to the 1920s, and scientists have chased after the concept ever since. In the 1960s the Soviets took a major step forward when they developed the Tokamak, a donut-shaped chamber that uses a powerful magnetic field to confine a hot plasma to generate fusion. To this day a Tokamak is the leading candidate for industrial-scale fusion and lies at the heart of ITER.

ITER’s Tokamak will be a behemoth. Once assembled, the round chamber made up of more than 1 million components will be 100 feet across and contain the world’s largest system of superconducting magnets.

“Constructing the machine piece by piece will be like assembling a 3-dimensional puzzle on an intricate timeline,” Dr. Bernard Bigot, director-general of ITER, said in a press statement. “Every aspect of project management, systems engineering, risk management, and logistics of the machine assembly must perform together with the precision of a Swiss watch.”

France is the host country for the ITER megaproject. The European Union, along with the United Kingdom and Switzerland, funds 45% of the cost, while the other members — the United States, China, Japan, Russia, India and South Korea — each provide 9%. The majority of the funding takes the form of in-kind contributions of goods and services.

How ITER will work

The process to generate fusion energy is both enormously sophisticated and elegantly simple. To begin, a few grams of deuterium and tritium (forms of hydrogen) gas are injected into the huge, donut-shaped chamber of the Tokamak. The hydrogen is then heated until it becomes a cloud-like ionized plasma. That plasma is shaped and controlled by 10,000 tons of superconducting magnets.

When the plasma reaches 150 million degrees Celsius, fusion occurs. In the fusion reaction, a tiny amount of mass is converted to a huge amount of energy as ultra-high-energy neutrons escape the magnetic cage and transmit energy as heat.

That heat is then absorbed by water circulating in the walls of the Tokamak, making steam. In a commercial plant, a steam turbine will then generate electricity.

After four and a half years of assembly, in December of 2025, ITER scientists and engineers hope to launch “First Plasma” — the initial event demonstrating the machine’s functionality. If all goes according to plan, the plant at ITER will produce about 500 megawatts of thermal power. The team says that if operated continuously and connected to the electric grid, ITER would be able to generate about 200 megawatts of electric power, enough for about 200,000 homes.

The hope is that the ITER experiment demonstrates the ability to achieve viable fusion, and along the way provides the know-how to allow scientists to ramp up construction of commercial fusion plants all over the world. The ITER team says that in the future, commercial fusion plants would be designed with a slightly larger plasma chamber for 10 to 15 times more electrical power. For instance, a 2,000 megawatt fusion power plant would supply electricity for 2 million homes.

As far as the cost of building and operating a commercial fusion plant, it is expected to be similar to the cost of a traditional nuclear power plant, but without the large costs and long-term legacy problem of waste disposal.

How much of a role fusion energy could play in the fight against climate change depends on how quickly such facilities could be built and brought online. Right now more than 70% of carbon emissions come from energy use. Even if all goes well with the ITER experiment, it would likely take decades before fusion power is widespread.

“Even with strong international support from private industries, the race to commercial fusion energy is a marathon, not a sprint,” Mauel said.

Therefore, Mauel adds, “Near-term climate change concerns will need to be addressed by other energy technologies.”

ITER director-general Bigot agrees, but feels fusion will eventually go a long way. “If fusion power becomes universal in complement to renewable energies, the use of electricity could be expanded greatly, to reduce the greenhouse gas emissions from transportation, buildings and industry,” he said. “Enabling the exclusive use of clean energy will be a miracle for our planet.”

Sen. Chuck Schumer on what it will take to get a new stimulus package

Protesters continue to clash with federal agents in Portland

Tue Jul 28 , 2020
Lissie Harper described the verdict as a “despicable wrong” The widow of Pc Andrew Harper has written to Boris Johnson and Priti Patel asking for her husband’s killers to face a retrial. Lissie Harper urged the Prime Minister and Home Secretary “to right such a despicable wrong for our country” […] 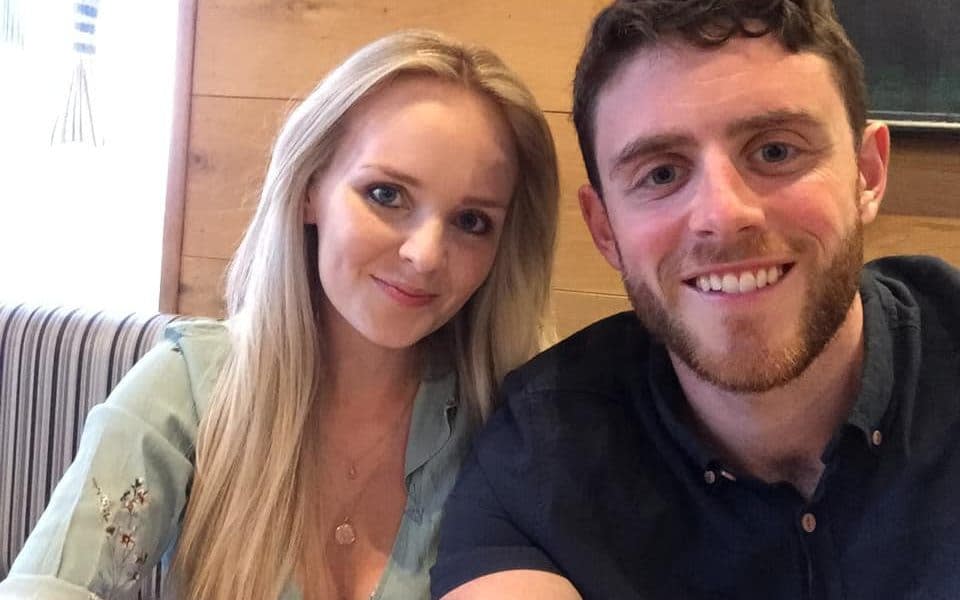