© Provided by Leader Post The cancellation of the 2020 season has left many fans of the Saskatchewan Roughriders, like former president and CEO Jim Hopson (pictured), on the outside of Mosaic Stadium on Labour Day weekend. There is a hole in Rider Nation due to the coronavirus. Load Error […]


© Provided by Leader Post
The cancellation of the 2020 season has left many fans of the Saskatchewan Roughriders, like former president and CEO Jim Hopson (pictured), on the outside of Mosaic Stadium on Labour Day weekend.

There is a hole in Rider Nation due to the coronavirus.

The CFL cancelled the 2020 season on Aug. 17 as a result of the COVID-19 pandemic and the league’s inability to secure federal funding for a truncated season . The lack of a 2020 season meant the cancellation of Sunday’s Labour Day Classic between the Saskatchewan Roughriders and visiting Winnipeg Blue Bombers.

“The Labour Day weekend will definitely be different,’’ said Heather Stark, a life-long supporter of the Green and White. “We always go to the field on Saturday to meet and greet the players. Then there was the big game on Sunday. It’s a kickoff to fall and I don’t know what we’ll do this year.”

Sunday would have marked the 56 th edition of the Classic and the celebration of football that the game has grown to be. Instead of the Riders aiming for their sixth consecutive victory over the Blue Bombers, it will be the first weekend since 1947 that Regina hasn’t played host to the game.

Michelle Hansen (left) and her daughter Paige have both missed watching their beloved Saskatchewan Roughriders play this season. The 2020 CFL season was cancelled due to the COVID-19 pandemic. Photo courtesy Michelle Hansen.


“It’s killing me and it’s because we forgot about so many of the little things that we do, especially around the Labour Day Classics,” said Michelle Hansen of Sturgis, who has been a Riders’ season-ticket holder since 2013. “We have so many traditions that we do.”

Hansen has become good friends with some of the Blue Bombers’ fans who make the yearly pilgrimage to Regina. They would gather at a local restaurant for a meal the night before kickoff and then they would share a cake to celebrate all of the birthdays from the previous year.

“We all sing to each other, eat cake and then say our goodbyes,” Hansen said. “There are so many little things that we’re going to miss.”

Jim Hopson, the former president and CEO of the Riders, said this has been the first summer that he hasn’t had some connection to football since playing in high school with the Thom Trojans .

“I didn’t miss it as much this summer as I thought I might because the weather was so good and we got to spend a lot of time on the lake,” the 69-year-old Hopson said. “Although I was doubtful about it, I was still thinking that we might have a season. So much of what happens in our lives in Saskatchewan revolves around football in September and October, and hopefully deep into November. It really hit home in the last week.”

Hopson has filled the void with activities such as house cleaning, yard work, walking and cycling. However, those undertakings haven’t changed one aspect of being without football.

“Now that the weather has turned, I really miss Friday Night Football on TV,” Hopson said. “I miss the double-headers and even the triple-headers. I do miss those games when the weather gets colder, especially with the Riders playing on the road.”

Stark misses everything that accompanies being a Rider fan.

“I’m in a football pool and it’s so fun to endlessly speculate about which teams are going to win each week,” said Stark, who has attended Riders games for 40 years. “The games themselves are so exciting because nothing else can make you feel ill one minute and jumping for joy the next. I’ve ended up with no voice left many times following Riders games.”

Adding to Stark’s disappointment is the fact that she felt the Riders were poised to reach the 2020 Grey Cup game, which was scheduled for Mosaic Stadium on Nov. 22. Regina will now host the CFL championship game in 2022.

“ Craig Dickenson is an amazing head coach and the players we had lined up behind (quarterback) Cody Fajardo and (defensive end) Charleston Hughes were the best we’ve had in years,” Stark said. “They were playing like a well-oiled machine by the end of last year. I really believe they were just going to get better and bring home the Cup at home again this year. Now we’ll never know what might have been.”

Paige Hansen attends Riders games with her mother, Michelle, and aunt, Alisa Worobetz. The trio has front-row seats in the north end zone, which has created an opportunity for them to become friends with many of the Riders.

“They were always something to look forward to for me because they’re all so uplifting and nice,” Paige said. “They just made you genuinely feel better watching them play because it brought us so much happiness and joy.”

Paige, Michelle and Alisa would arrive an hour before kickoff and then wait outside the players’ entrance after games to talk to the players.

“My mom is my biggest support group, but there are random things that remind me of football,” Paige said. “I was watching hockey and I heard (former TSN football play-by-play announcer) Chris Cuthbert’s voice and I started to cry. Honestly, it has been so hard.”

It has also been difficult adjusting to a summer without football.

“I enjoy the whole game-day experience from parking the car to walking into the stadium to meeting fans to talking to people and then getting to your seat and renewing acquaintances,” Hopson said. “I love going up to the Alumni Lounge before and after the game and hanging out with the guys. So, that whole experience is something that I miss.”

The Riders are stepping up to fill the void with Saskatchewan Roughriders Day, featuring virtual and live events on Sunday. The live festivities include a drive-thru by the gates of Mosaic Stadium from 1 to 4 p.m. Roughriders’ alumni and Gainer the Gopher are expected to be part of the drive-thru.

“It sounds like a great idea for all of us Riders fans to come together and celebrate the team we love and miss so much,” Stark said. “We will definitely be there in our Green and White and cheering on our favourite Rider team.”

Tips for protecting your car, home from flood damage

Sun Sep 13 , 2020
With widespread rain comes the potential of flooding, resulting in damage to your home and vehicle. With severe weather comes the potential for flooding, roof damage and heavy winds. Unfortunately, once the damage is done, it’s hard to recover. RELATED: Tips for safe driving during heavy rain Instead of shelling […] 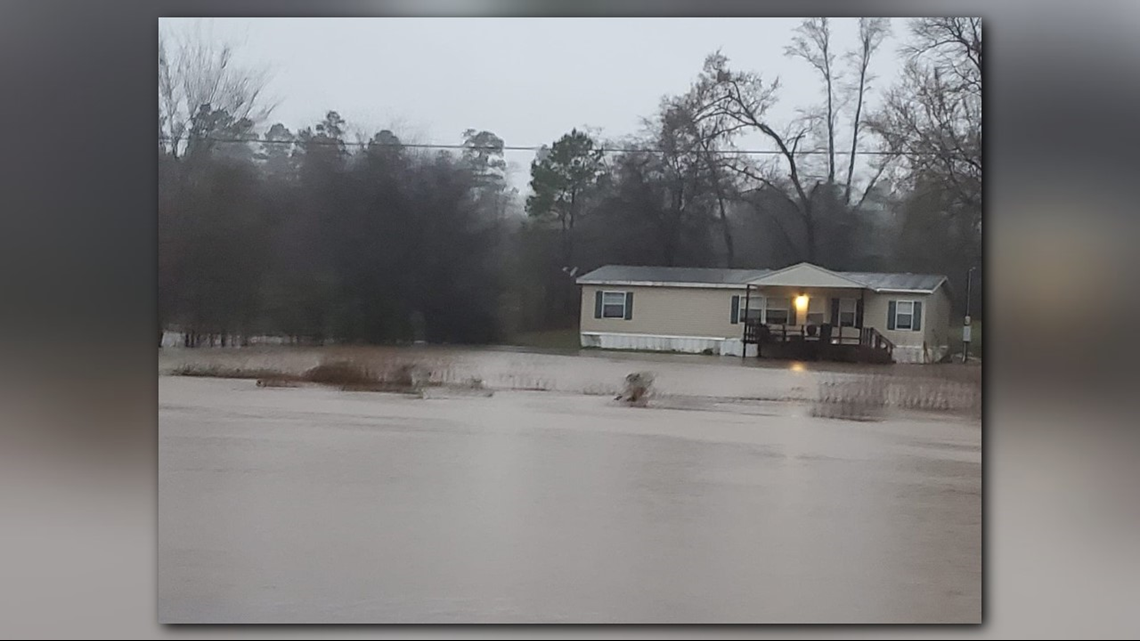