The racist past of Manhattan Beach is revealed as Black Lives Matter movements urge cities across the country to confront their history. A popular resort for Black travelers formerly on Manhattan Beach was shut down by racist white residents, a relatively unknown historical fact. Now, the community is faced with […]

The racist past of Manhattan Beach is revealed as Black Lives Matter movements urge cities across the country to confront their history.

A popular resort for Black travelers formerly on Manhattan Beach was shut down by racist white residents, a relatively unknown historical fact. Now, the community is faced with confronting its anti-Black legacy.

The Los Angeles Times reports that Bruce’s Beach in a community of 35,000 residents, now has less than 1% Black residents and its disgraceful past has been glossed over in the town’s historical accounts.

“Bruce’s Beach was an injustice in our town’s history,” said Gary McAulay, president of the Manhattan Beach Historical Society, said the Los Angeles Times. “The facts are tragic enough, but in the nearly 100 years since then, the facts have often been corrupted in the retelling.”

According to the LA Times, Bruce’s Beach began with the Tongva, a Native American people who used the area to gather seafood. After that, the Spanish arrived, and by the early 1900s, George Peck and others developed the coastline known today as Manhattan Beach.

Willa Bruce purchased the first of two lots along the Strand between 26th and 27th streets in 1912. Her husband Charles worked as a train dining car chef. She operated a lodge, cafe, and dance hall for Black families to enjoy the coast. The area became known as Bruce’s Beach and more Black families came to dwell in the community.

“They did what every other Californian was doing during that time,” historian and author Alison Rose Jefferson said to the LA Times.

AS Bruce’s Beach grew in popularity, it was met with resistance from the Ku Klux Klan. Members of the racist organization set fire to a mattress near the beach and to a home owned by Black people. Signs falsely claiming “10 minutes only” parking were posted, forcing visitors to make a 1/2 mile trek through unwelcoming neighborhoods.

When the Klan’s harrassment didn’t work, city officials took over the beach in 1924, seizing over two dozen properties through eminent domain citing the need for a public park. The Bruces and other families sued, claiming racial discrimination.

The city of Manhattan Beach made it impossible for the pioneers to move their business elsewhere and they lived the rest of their lives as chefs for other businesses.

Through the 1950s, Bruce’s Beach remained vacant until officials erected City Park, fearing further lawsuits from the family’s descendants. As time went on, the park became known as Beachfront, then Bayview Terrace Park, then Parque Culiacan, named after a sister city in Mexico. In 2006, the beach finally regained the Bruce name after an appeal by Councilman Mitch Ward, the city’s first Black elected official.

Anthony Bruce, a Florida resident and a descendant of Willa and Charles, recalls the division the beach caused in his family. He is the only family member who will publicly speak about the beach, according to the LA Times. He is appreciative of new calls for justice for his family.

“People are out there because they want to see justice too,” he says to LA Times. He continues, “They know that what happened to Charles and Willa is still happening every day in different parts of the world.”

Today, current residents are demanding action from their city officials. Kavon Ward recently moved to Manhattan Beach with her infant daughter and has had her own fair share of unpleasant, racially driven experiences.

After learning the history of Bruce Beach she and other moms started a group, Anti-Racist Movements Around the South Bay. They also held a Juneteenth event and memorials for Emmett Till and Breonna Taylor.

“It’s like: You kicked the Bruces out, but you’re not going to run me out,” Ward told the LA TImes. “So if I’m not leaving, I’ve got to fight to make it better.”

Another resident launched an online petition which currently has over 11,000 signatures, demanding the original Bruce’s Beach plaque be returned, restoration and restitution be made to the Bruce family, and a public statement from the city of Manhattan Beach.

Duane Shepard Sr., a Bruce family representative, says he is working on researching what the family originally owned, hoping to turn it into a historical center that provides scholarships. Also a member of Bruce family on his mother’s side, he and 150 others gathered a the park for a reunion for the first time in 2018.

“I declared the land sacred that day and promised that I would do everything I could in the world to get justice for our family,” says Shepard, a Pocasset Wampanoag chief and tribal elder on his father’s side.

Manhattan Beach mayor Richard Montgomery is open to aspects of the petition’s demands.

“We all agree there were some things that happened in the past that we’re not proud of,” he said to the LA Times. He continues, “But the temperament and the people and the times have changed. We’re a different city today than we were 100 years ago.”

This work is licensed under a Creative Commons Attribution 3.0 Unported License.

Have you subscribed to theGrio’s podcast “Dear Culture”? Download our newest episodes now!

Tue Aug 4 , 2020
Its archrival, the Jeep Wrangler, joins in on the fun. You’ll have to patiently wait until June next year to take delivery of a new Bronco 2-Door or 4-Door, provided you’re among the early adopters. Reserve one now and Ford will deliver your off-road-ready SUV sometime in 2021, so it’s […] 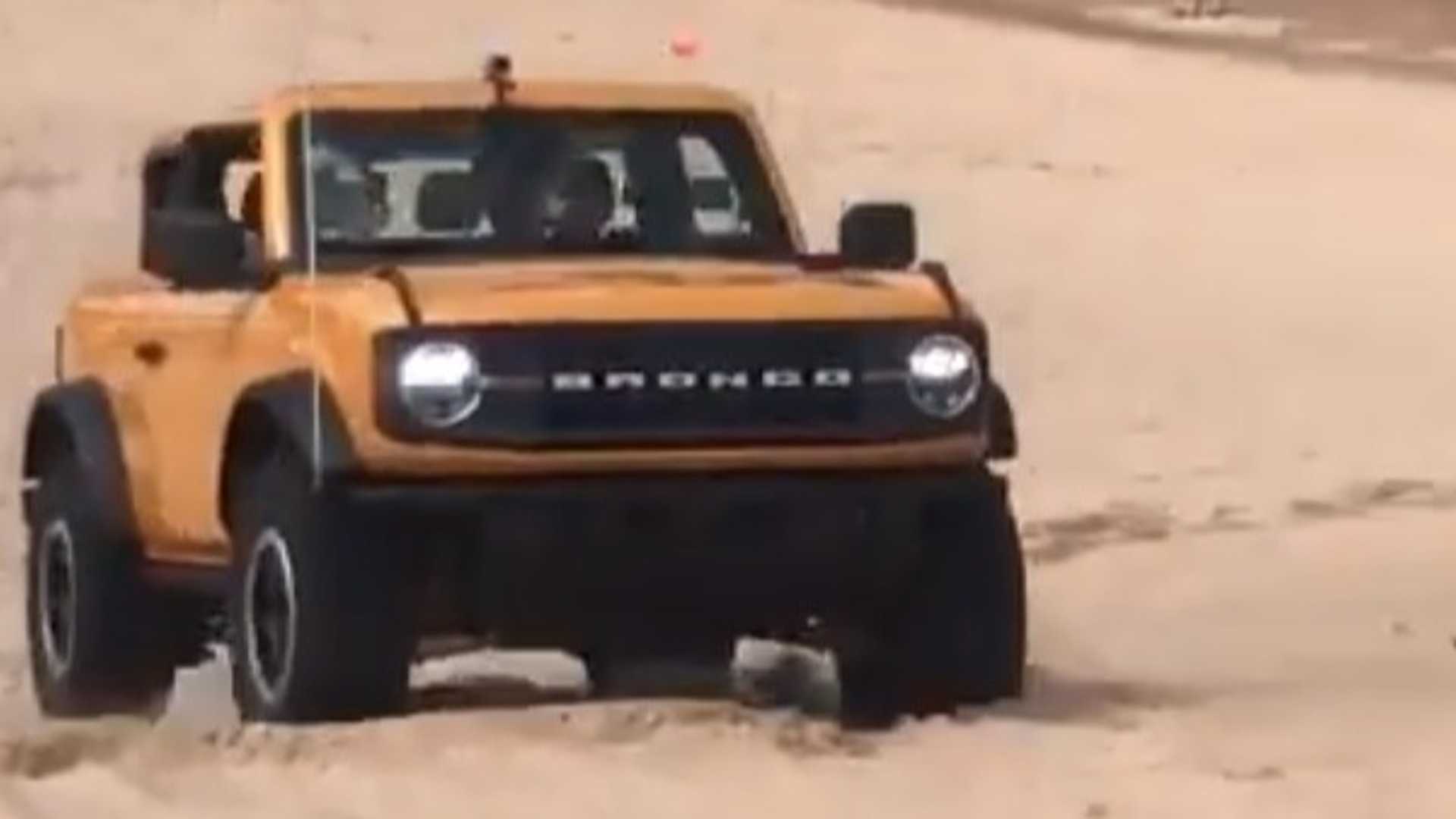