Click here to read the full article on SPIN. It’s been a quarter-century since the Presidents of the United States released their eponymous debut. And while the record found its way onto virtually zero year-end lists, its quirky tunes have somehow — against the alternative odds — endured. Name another […]

Click here to read the full article on SPIN.

It’s been a quarter-century since the Presidents of the United States released their eponymous debut. And while the record found its way onto virtually zero year-end lists, its quirky tunes have somehow — against the alternative odds — endured.

Name another band that incites a shopper to look around the fruit aisle at the local grocery store in preparation of warding off an ensuing ninja attack. Or a band that has, for the last 25 years, caused you hum, “kitty at my foot and I want to touch it…”

The Seattle band – originally a duo called Pure Frosting (featuring Chris Ballew on vocals and two-string bassitar and Dave Dederer on three-string guitbass and vocals) – became the Presidents of the United States of America after adding drummer Jason Finn. Their debut was initially released on Seattle independent label Pop Llama in March 1995 before being picked up by Columbia a couple of months later.

“The response to the record was immediate,” Dederer recalls. “We had put it out locally on Pop Llama in late winter, while we were still being courted by six to seven major labels. We verbally committed to sign with Columbia in early May. We remixed parts of the record in early June. Columbia got the record out the third week of July. Anyone who’s ever done this kind of shit knows that this is a completely insane schedule, especially in the era of physical media — to set up a record and release it in a matter of weeks. By the time we started a promo tour in early August, ‘Lump’ was already getting played in heavy rotation on a lot of the stations we visited.”

Though fame was sudden, to a degree, PUSA was a product of the record industry’s hunt to sign any band from the Seattle scene. In this case, it paid off. According to Ballew, the aforementioned response aided in the record selling in excess of 5 million copies, and, while their commercial viability lasted only as long as a single term president, their fleeting legacy is forever part of mid-’90s alternative lore.

“When we started, as a duo, we were weird,” Dederer remembers. “Picture it: You have to remember that in 1993 people are moving to Seattle from Phoenix to become rock stars and are buying flannel, and every show is a wall of Marshall stacks and really loud and heavy, and lots of hair, and Doc Martens, and all that… Then the two of us get on stage, $30 guitars plugged into the same amp; Chris is bald with boots spray-painted gold; I’m in saddle shoes with a grosgrain belt and a Brooks Brothers shirt; and we launch into a fuzzed-out, drummer-less version of the Stooges’ ‘TV Eye.’ We were weird… Jason, however, WAS the scene. He was ‘The Pope of Pike Street’ at the time. A beloved bartender at Seattle hipster ground zero tavern, The Comet. His joining the band was the end of a long-running inside joke. He’d seen one of my and Chris’s previous bands, loved it, and then for years, we let him ‘beg’ to be in our next band, the irony being that he was already a big rock star in Love Battery and we were just a couple of dorks.

“The scene never liked us,” he adds. “Individual people liked us — [Soundgarden guitarist] Kim Thayil came to early shows and provided lots of encouragement. But we got no love from The Rocket or The Stranger, Seattle’s music and lifestyle alt-weekly newspapers. All of Jason’s friends told him he should quit our dumb band and stick with Love Battery, who were just finishing tracking their major-label debut when the Presidents started.”

Thayil, as it turns out, would lend “guitar noodles” to the record’s culminating track, “Naked and Famous.”

“I loved grunge,” Ballew says. “I loved everything about it. In fact, I was making music like that in Boston when the grunge thing exploded. Then I heard Nevermind and was like, ‘Oh, well, nevermind… I don’t need to make the record I’m trying to make, because this is IT.’ I just listened to that instead of making one myself [Laughs]. Nirvana is in the Presidents though, for sure. And Kim heard it too – and he loved it. He was our ambassador to the grunge world [Laughs.] which helped validate us amongst the fans. When we started in on recording ‘Naked and Famous,’ I had been hanging out with Kim at the time – we were buddies – and I mentioned that I was looking for a spacey, noodle-y solo for the tune, and he was like, ‘I’ll do it!’ And he did. It sounds like if spaghetti could do an air raid.”

Ballew says that PUSA was aiming for a sound that celebrated the era’s grunge aesthetic, colored with the rich ‘60s fuzzy party band roots that existed in Seattle – ranging from the Kingsmen and Louie Louie to the Sonics and Paul Revere and the Raiders.

“I think what I was trying to harness was that poppy history of Seattle and the roots of what became grunge, such as the Stooges and MC5, AND harness Nirvana and Soundgarden, and mix it all together,” he says. “We were trying to blend super fun party rock with heaviness. We weren’t trying to make joke songs; we were trying to make surreal songs.”

Though PUSA disbanded five years ago [Dederer left a decade earlier], they still get together a couple of times a year to get lunch and tend to “housekeeping” that a successful band has even after it ceases to gather on a stage or in a studio. Such topics include dealing with royalties and figuring out how to navigate the digital SEO woes of being, you know, “Presidents of the United States of America” — which were not a part of their (or anyone’s) psyche at the group’s peak. Most recently, these lunches led to the notion that the debut record needed to be pressed to vinyl for the first time in the United States. (A short run had been released overseas in 1995, and those records now sell for hundreds of dollars online.)

Credit: Courtesy of the band

“I think if it came out now it would probably do nothing [Laughs],” Ballew says. “I’m shocked it did something back then… I remember distinctly getting into Dave’s car at his parents’ house and over the roof of the vehicle he said, ‘you know, if a major label comes along and wants to pay us a bunch of money to tour all over the world and sing these songs, I’d totally do it!’ And I remember saying out loud, ‘yeah, me too,’ and thinking inside, ‘you’re fucking crazy. That’s never going to happen…’ [Laughs.] But he was right. He called it! We were just this tiny little band making this giant weird noise. Hilarious…”

“What Chris, Jason, and I created – in our recordings and in our performances — is something I’m incredibly proud of,” Dederer adds. “I’m not proud of it because we ended up being commercially successful. I’m proud of it because it was undeniably authentic and it so evidently created a lot of joy for other people. And, in my opinion, that’s the highest thing we can achieve in work of any kind – to create something authentic and to serve others.

“One thing I have really enjoyed with the perspective of more years is just how outside we always were and still are,” he continues. “I sometimes hear ‘Lump’ or ‘Peaches’ on KISW (Seattle’s rock station) and I just can’t believe that a recording that sounds like that actually became a hit. What we created is sonically singular and unique and yet was, and is, also accessible to a wide audience, and I’m more and more proud of that as the years pass.”

Fri Jul 24 , 2020
Click here to read the full article. Not sure how to recycle or dispose of your Amazon packages? The e-commerce giant has come up with a creative solution. As part of its Climate Pledge, Amazon has launched an initiative dubbed “less packaging, more smiles.” Starting next week, the company will […] 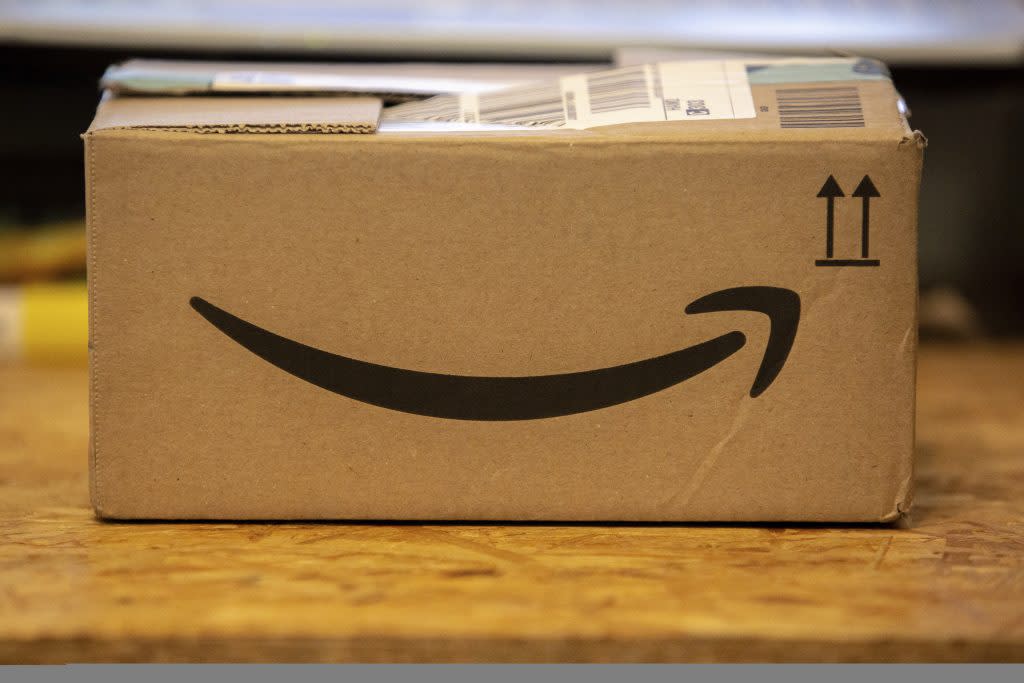