Protesters ran for their lives early Saturday as a man drove past a police barricade and barreled toward them in the wrong direction on a closed stretch of a Seattle freeway, where they had been peacefully demonstrating against police brutality. His car struck 32-year-old Diaz Love and 24-year-old Summer Taylor, […]

Protesters ran for their lives early Saturday as a man drove past a police barricade and barreled toward them in the wrong direction on a closed stretch of a Seattle freeway, where they had been peacefully demonstrating against police brutality. His car struck 32-year-old Diaz Love and 24-year-old Summer Taylor, sending them flying into the air as people screamed. Love was hospitalized in serious condition. Taylor died that night.

Hours later, in Mishawaka, Indiana, a man in an SUV swerved around police barriers and into a crowd of protesters on a bridge, hitting and dragging 23-year-old Trevor Davis, who was hospitalized. Two days after that, on Monday night, a driver plowed into protesters in front of a courthouse in Bloomington, Indiana, before speeding away with two people desperately clinging to the roof of the car, causing them to fly off.

Protesters have been the target of a startling wave of vehicle-ramming assaults amid the nationwide Black Lives Matter demonstrations sparked by the police killing of George Floyd. In several cases, authorities are still working to determine a motive, although many are reminiscent of the infamous, hate-fueled attack that killed anti-racism activist Heather Heyer three years ago at white supremacist rally in Charlottesville, Virginia.

Of at least 50 vehicle-ramming incidents since Floyd’s death on May 25, 18 or more are categorized as deliberate assaults, researcher Ari Weil told NPR in late June. A number of the alleged assailants are accused of demonstrating openly hateful behavior, including a man who screamed “I will kill you” before trying to mow down protesters in Queens, New York, according to District Attorney Melinda Katz. (It was the community’s first of two vehicle-ramming incidents in a single week.) Days later, a man reportedly made a U-turn to get behind a group of protesters near Richmond, Virginia, revved the engine of his truck and then slammed it into them. Police later reported that he is a self-described state leader of the Virginia Ku Klux Klan.

Vehicles are becoming increasingly popular weapons that terrorists and other extremists around the globe use to intimidate, harm and kill. Cars and trucks are easily accessible, require little skill to operate and can facilitate unpredictable attacks with mass casualties.

“This is a tactic that has been around for several years,” said Josh Lipowsky, a senior researcher at the Counter Extremism Project. “It was originally used early on by Islamist extremists — ISIS, Al Qaeda, Hamas — but in the last five years or so, we have seen this tactic being adopted by the far-right.”

In 2018, a man rented a van and charged it into pedestrians in Toronto, killing 10 and injuring 16 in the deadliest vehicle-ramming attack in Canadian history. The driver, a so-called incel, said he was radicalized online — indicative of a growing trend among vehicle-ramming perpetrators.

There is a deluge of far-right propaganda in the form of memes and other hateful posts on social media intended to incite and normalize violence against protesters, added Lipowsky.

“One of the common themes among these memes is that the protesters are in the way and an inconvenience, and running them over with your car is going to be the best way to remove that inconvenience from your life,” Lipowsky said. “The goal is to dehumanize the protesters and make it more acceptable to strike back physically at them in retaliation to what people see as disruptions to their own lives.”

Police have been directly involved in a handful of recent vehicle-ramming incidents. In May, an NYPD SUV surrounded by protesters in Brooklyn abruptly accelerated, knocking many to the ground. Law enforcement officers have even encouraged this kind of aggression, as Slate’s Henry Grabar reported in the wake of Heyer’s killing in Charlottesville.

In January 2016, a police sergeant in St. Paul, Minnesota, wrote a Facebook comment urging people to run down protesters on Martin Luther King Day: “Keep traffic flowing and don’t slow down for any of these idiots who try and block the street,” wrote Sgt. Jeff Rothecker. “Run them over.”

In July of that year, following the police killings of Philando Castile and Alton Sterling, a captain in the Columbia, South Carolina, Fire Department threatened on Facebook to run over who were blocking an interstate: “Idiots shutting down I-126,” James Morris wrote. “Better not be there when I get off work or there is gonna be some run over dumb asses.” That same day, an SUV driver yelling, “All lives matter — not Blacks — all lives,” smashed into a crowd of protesters in Carbondale, Illinois.

Later that month, Oregon officer Tom Newberry said in posts on Facebook that the Black Lives Matter protests should be called “a day of target practice.” He also reminded people that “there are 3 pedals on your floor,” and if protesters block the street, “push the right one all the way down.”

In February 2017, Santa Fe police sergeant and local police union president Troy Baker shared a meme on Facebook depicting a Jeep hitting pedestrians with the text, “ALL LIVES SPLATTER” and “NOBODY CARES ABOUT YOUR PROTEST […] MORAL OF THE STORY.. STAY OFF THE ROAD !!”

Rogue cops aren’t alone in pushing the idea that protesters who demonstrate in the streets are at fault in vehicle-ramming incidents. In 2017, multiple states responded to mass demonstrations by introducing bills that would effectively grant drivers immunity for unintentionally hitting protesters in the streets. (The bills failed.)

Seattle officials appeared to blame protesters for Taylor’s death on Saturday, casting them as lawless menaces.

“Blocking a freeway is a crime and no longer are we going to enable that criminal conduct to continue,” said State Patrol Capt. Ron Mead, upon announcing that demonstrators would no longer be allowed on the freeway. “We are not going to be allowing protesters to access the freeway unimpeded, and there are consequences for criminal conduct.”

On Facebook, a King County Sheriff’s Office deputy also shared his thoughts on Saturday’s violence. “Keep your ass off the road,” said a meme he shared to his page. “All lives splatter.”

28 Protest Images From Small Cities And Towns Across The U.S.

Wed Jul 8 , 2020
See Full Image Gallery >> Every new Mercedes-Benz S-Class needs to be significantly better than its predecessor. The next-generation model is almost ready to make its global debut, and official details about it are beginning to emerge. Mercedes announced the sedan will inaugurate a new version of its MBUX infotainment […] 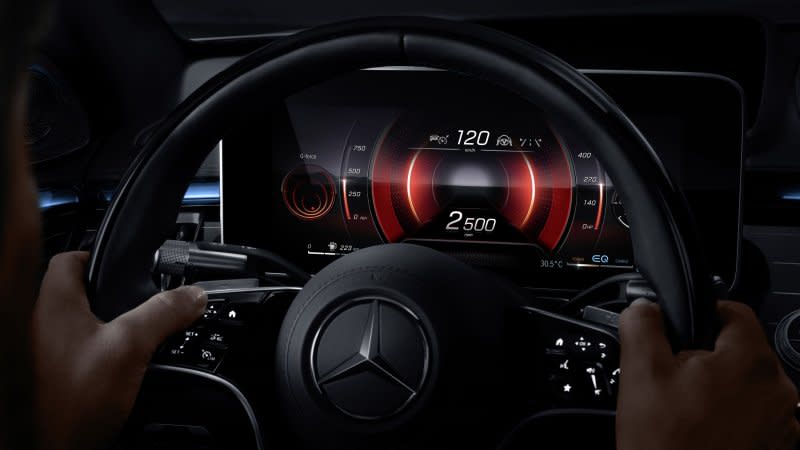