Lissie Harper described the verdict as a “despicable wrong” The widow of Pc Andrew Harper has written to Boris Johnson and Priti Patel asking for her husband’s killers to face a retrial. Lissie Harper urged the Prime Minister and Home Secretary “to right such a despicable wrong for our country” […]

The widow of Pc Andrew Harper has written to Boris Johnson and Priti Patel asking for her husband’s killers to face a retrial.

Lissie Harper urged the Prime Minister and Home Secretary “to right such a despicable wrong for our country” in an open letter posted online.

Mrs Harper had been married to Pc Harper for just a month when he was killed by Henry Long, 19, Jessie Cole and Albert Bowers, both 18, as they tried to steal a quad bike.

Last week a jury’s decision to clear the trio of his murder sparked fury from MPs and policing chiefs, who described the verdict as “disgusting”.

The Telegraph revealed the Attorney General is facing calls to review the verdict over an alleged potential plot to intimidate jurors.

In a Facebook post, Mrs Harper raised pressure on ministers to act. Addressing Mr Johnson and Ms Patel, she wrote: “I implore you to hear my words, see the facts that are laid out before us, and I ask with no expectations other than hope that you might help me to make these changes be considered, to ensure that Andrew is given the retrial that he unquestionably deserves and to see that the justice system in our country is the solid ethical foundation that it rightly should be. Not the joke that so many of us now view it to be.”

Pc Harper, 28, was dragged for more than a mile along the country lanes of Berkshire when he became entangled in a tow rope attached to the teenagers’ getaway car.

An Old Bailey jury acquitted all three defendants of murder on Friday, instead convicting Cole and Bowers of manslaughter. Long had previously pleaded guilty to the same charge. The men will be sentenced this Friday.

The original trial was abandoned the day the country went into lockdown in March, while for the retrial Mr Justice Edis ordered extra security measures amid fears of potential juror intimidation by supporters of the defendants.

During the retrial, a female juror in the case was dismissed when she waved at the killers and said “bye, boys” as she left the courtroom.

The defendants, who had previously been seen laughing, hugged each other after the verdicts were returned following more than 12 hours of deliberations.

Speaking outside court, Mrs Harper thanked the police and prosecution who had “stood in our corner and fought to make sure these men were made to repent for their barbaric crimes”.

But she criticised the verdicts in the open letter on Facebook.

She wrote: “I will keep fighting on behalf of Andrew, the future that was stolen from us and also the victims who find themselves in this unjustly situation in the future.

“After all, who are we if we allow our legal system to fail us?

“What is this country if it does not provide justice for the innocent?

“What does it say to the public and the police officers, old and new if every day they go out and put themselves at risk to detain these criminals just to witness them be treated so exceptionally lightly in the eyes of the law?

“It says that we are weak, that we will roll over to the despicable thieves and vile miscreants of this world and literally let them get away with murder.”

The Cost for Schools To Reopen This Fall

Tue Jul 28 , 2020
There are many, many important questions swirling about the potential of going back to school this fall, and most of them are about something more important than money. People’s safety is obviously first and foremost. The livelihood of millions of educators and school employees also matters, as does the education […] 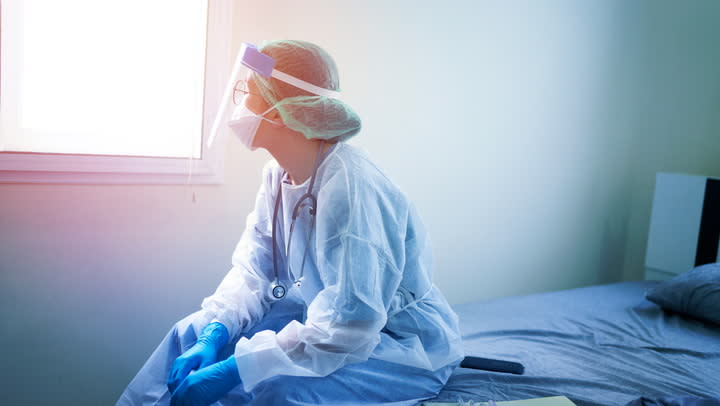