SALEM, Ore., and WASHINGTON, D.C. — Even with wildfires still burning, crews from the Oregon Department of Transportation are working around the state to assess damage on hundreds of miles of road, remove thousands of trees damaged by fire, and inspect culverts, bridges, guardrails and pavement. This Sept. 10 photo, […]

SALEM, Ore., and WASHINGTON, D.C. — Even with wildfires still burning, crews from the Oregon Department of Transportation are working around the state to assess damage on hundreds of miles of road, remove thousands of trees damaged by fire, and inspect culverts, bridges, guardrails and pavement.

Starting September 7, strong winds and hot, dry weather conditions caused several large fires across Oregon with damage to highways, including the widespread destruction of traffic control devices, guardrails and other hardware. Extensive statewide traffic management and road closure operations have been needed. Over 200 miles of federal-aid highway system remain closed across the Cascade mountains, limiting transportation between the Willamette Valley and central Oregon.

The work will continue location by location as conditions allow, but it will be some time before roads reopen, either partially or fully, to traffic, according to ODOT. Even when roads do reopen, ODOT crews will continue monitoring for hazards, including landslides or loose rock, in areas where wildfires have scarred the landscape.

To help track the progress of the crews’ wildfire response and recovery, ODOT has created a new webpage that will include information on completed and needed work, along with information about road and office closures, links to news releases, photos, videos and more.

To view additional videos showing wildfire damage in Oregon, as well as updates on the progress of ODOT crews, visit the agency’s YouTube channel.

“This is such a dynamic and constantly changing situation, we have to make sure these roads are cleared,” said Luci Moore, state maintenance and operations engineer for ODOT. “There are many concerns that we will address. It is likely to be some time before these roads open to full or even partial travel. Each will be determined individually based on the damages.”

As of Sept. 16, ODOT reported that crews have started removing trees on State highways 138 East, 126 (McKenzie Highway) and 22 (North Santiam Highway). While ODOT is still assessing how many trees it will need to remove, estimates put the number of hazard trees along the Highway 22 corridor alone in the hundreds of thousands.

These “quick release” funds will go toward emergency repair work to reopen roads and replace damaged structures and traffic-control devices.

Affected roads will remain closed until ODOT can remove debris from affected areas, inspect slopes for weakness; inspect bridges, pavement, culverts, signs, guardrail and other structures for damage; and make repairs. Rock scaling will be used where needed to bring down materials that threaten roads.

Even after roads are fully reopened, heavy rain will be a concern in fire-stricken areas, ODOT says, adding that crews may have further work to do to stabilize hillsides or clear debris from falls. Slides and debris flows are a particular concern — especially after rains — in areas where fire stripped away vegetation, tree roots and underbrush, creating greater slide danger.

Partial openings that allow limited traffic while work continues will be common. Drivers can expect to see flaggers or pilot cars and should plan for frequent lane closures. For updates on road closures and conditions, drivers should check www.TripCheck.com.

Wed Sep 23 , 2020
BRIDGEWATER, NJ – Bridgewater Township’s governing body has sent a strong message to Advance Realty – move the vehicles illegally parked on a lot on the Center of Excellence property now, or have them moved by the municipality instead. The town council approved a resolution following a public hearing Sept. […] 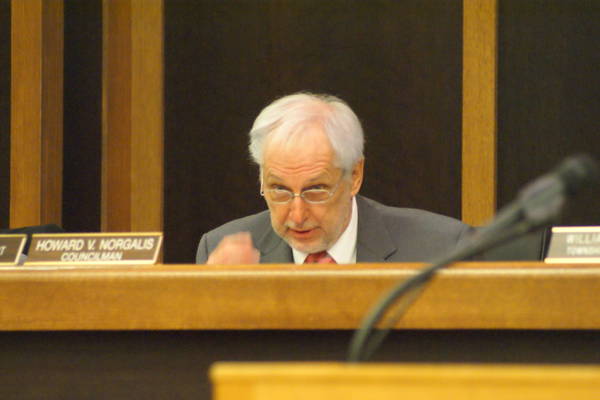