SILVER SPRING, Md. (AP) — An internet registrar is threatening to delist a website that is a leading promoter of white nationalist and anti-immigration views, a move that could make the site accessible only to diehard users willing to use a special browser to find it on the dark web. […]

SILVER SPRING, Md. (AP) — An internet registrar is threatening to delist a website that is a leading promoter of white nationalist and anti-immigration views, a move that could make the site accessible only to diehard users willing to use a special browser to find it on the dark web.

Network Solutions’ parent company, Web.com Group, notified a civil rights group on Friday that it has “taken steps” to terminate the company’s account for VDARE.com, which would make it unreachable on the public internet unless it can find another provider willing to register the domain name.

VDARE remained online Monday. The website has until Thursday to transfer the domain before Network Solutions may delete its services, a parent company lawyer said in a letter to a VDARE attorney last week.

In April and in May, the head of the Lawyers’ Committee for Civil Rights Under Law sent letters urging Network Solutions to drop VDARE. Kristen Clarke, the Washington, D.C.-based group’s president and executive director, wrote that VDARE peddles “anti-immigrant and anti-Black hate,” spreads misinformation about the coronavirus and encourages violence against migrants.

“This is part of our ongoing work to confront the ways in which hate activity festers online,” Clarke said Monday. “We know that many white supremacists and extremists are not organizing in basements. They are using these platforms and websites to spread their dangerous ideologies, target victims and incite violence.”

In Friday’s response to Clarke, a company attorney said VDARE’s content “does not represent the values of our organization” and violates its “Acceptable Use Policy.” The policy bars customers from using its domains “to display bigotry, racism, discrimination, or hatred in any manner whatsoever,” the same company attorney said in a letter to a VDARE lawyer last week.

VDARE founder and editor Peter Brimelow said his site’s content hasn’t changed in the 20 years that it has been a Network Solutions customer.

“Censorship is just intensifying,” he wrote in an email on Monday. “We’re still working on a replacement, but there is certainly a chance we’ll have to go dark for at least a couple of days. And anyway we have no confidence that any US-based site will stand up to the PC lynch mob for long.”

Many websites that publish white nationalist, white supremacist or anti-Semitic material have struggled to stay online or been booted off mainstream internet platforms, often after violent attacks by far-right extremists.

Google and GoDaddy yanked The Daily Stormer’s web address after the neo-Nazi website’s founder, Andrew Anglin, published a post mocking the woman killed when a man drove a car into a crowd of counterprotesters at a 2017 white nationalist rally in Charlottesville, Virginia.

Social media platform Gab, where the suspect in the Pittsburgh synagogue massacre spewed anti-Semitic messages before the 2018 shooting rampage, was briefly knocked offline after registrar GoDaddy and others dropped the site. Gab returned after a Seattle-based company, Epik, agreed to register it.

Users spewed anonymous hate on 8chan, an online message boar d, until a string of mass shootings by gunmen who posted manifestos on the site led to it getting forced offline in August 2019. The disruption ended when the imageboard relaunched in November under the new name 8kun.

This isn’t the first time VDARE has been dropped by a technology company. Facebook announced last month that it removed accounts linked to VDARE and other groups, including pages devoted to the QAnon far-right conspiracy theory.

Brimelow sued The New York Times Company in January, claiming the newspaper defamed him by referring to him as an “open white nationalist.” The suit seeks at least $5 million in damages.

Last Thursday, newspaper lawyers urged a federal court in New York to throw out the lawsuit, accusing Brimelow of playing “word games about how his fringe views should be characterized.”

“Brimelow has promoted theories at the heart of white nationalism and white supremacy, including that certain races are predisposed to commit crime and that IQ is linked to race,” they wrote.

Brimelow has denied that his website is white nationalist but acknowledged it publishes works by writers who fit that description “in the sense that they aim to defend the interests of American whites.”

Brimelow also operates a Connecticut-based nonprofit, VDARE Foundation, which raised more than $1.8 million in tax-exempt gifts, grants and contributions between 2014 and 2018, according to an IRS tax filing.

Thu Jun 25 , 2020
Just as the Metro Manila will be under general community quarantine (GCQ) starting June 1, expect the normal traffic condition back in the main road network leading to it.  To cut the possible traffic situation—as well as bolster government efforts for cashless transactions—Autosweep RFID now offers a portal for online […] 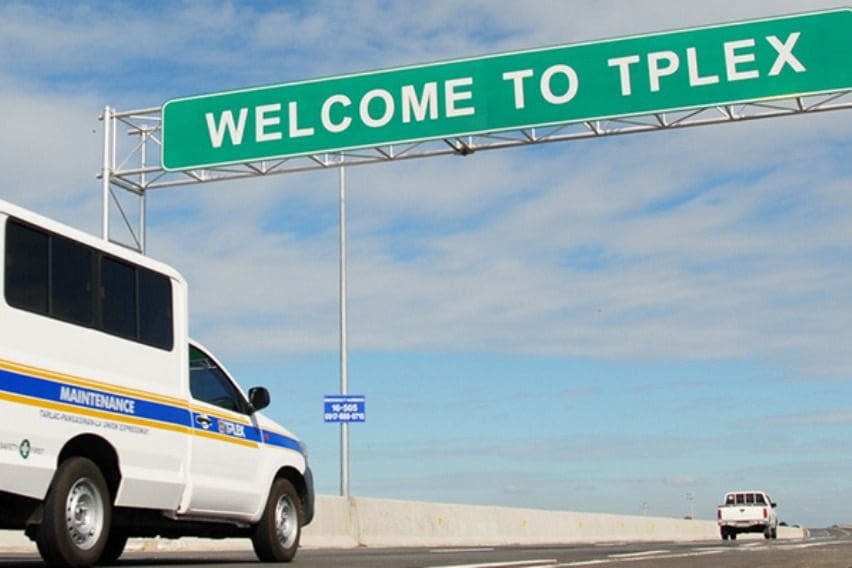