Julia Jean parks her car in front of the local library in Port O’Connor, Texas every day and gets out to work.  Jean, who lives in Los Angeles but is spending time with her parents in the tiny (pop. 1,253) Gulf Coast town, has no internet access at home. “We’re […]

Julia Jean parks her car in front of the local library in Port O’Connor, Texas every day and gets out to work.

Jean, who lives in Los Angeles but is spending time with her parents in the tiny (pop. 1,253) Gulf Coast town, has no internet access at home.

“We’re so off the grid that our only choice is to go to the library,” which is open to the public from 1-4 p.m. daily, she says. But the library keeps the net going 24 hours daily, “which really comes in handy when you’re trying to work,” says Jean, who runs the Foxforce video production company with husband Chris.

Even better — the library has a desk and two chairs outside the closed building for people to access when the building is closed.

Not everybody has home internet. According to the Brookings Institution, some 15% of the country does not subscribe to broadband service, meaning they either can’t afford it or don’t have access. Census data shows that homes in rural and lower-income counties trail the national average by 13%.

Maybe your home internet just went on the fritz, and you just want to get out of the house and keep working, but hanging inside a local Starbucks during a pandemic just isn’t an option. Or you’re a parent struggling with getting work done from home while sharing and straining the home internet with kids as they complete school work. What to do? We’ve got some ideas.

Check with your local internet provider

Even if you’re not a subscriber, Comcast Xfinity, the nation’s largest, is offering 1.5 million free Wi-Fi hotspots nationally and you don’t have to be a subscriber to the Xfinity cable TV or internet services or have a password. The free offers expires at the end of the year, and is a COVID-related perk. (Check www.xfinity.com/wifi for the coverage map.) Comcast is available in 39 states, most heavily in the North and Southeast and Midwest. Rival Spectrum, which is heavy in the Northeast, Midwest, Southeast and California, Oregon and Washington, says it has 500,000 hotspots in 44 states, but they’re only available to paying customers. (Charter’s Spectrum had offered this service free to students, but the offer expired Tuesday.)

Comcast says that since offering the service, overall usage of the public WiFi hotspots has “skyrocketed.”

In home: Is your home Wi-Fi slow? Bolster your connectivity with a mesh system

WFH and 5G?: Can 5G help make it easier to work from home?

Park your car near a hotspot

Your local Starbucks may not be welcoming you inside the store, but if you can park near the front, you can still access the WiFi, which is provided by Google. Also try the parking lots of McDonald’s and Panera Bread, two chains that offer free Wi-Fi for guests.

Head to the library

Indeed, the American Library Association has recommended that branches keep their Wi-Fi churning for access – from either in front of the building or parking lot.

“People depend on our libraries for access to a number of services, including free wireless internet, that they might not otherwise have,” said Angela Craig, executive director of the Charleston County Public Library in South Carolina, said in a blog post. “Especially while children are asked to work on schoolwork from home, it’s vital that we keep doing everything in our power to provide for everyone in our community during these challenging times, including those without access.”

Park by a school

According to Inside Higher Ed, many schools are leaving on the Wifi for students to continue working on their laptops in school parking lots. It points to several colleges, including Columbia Gorge Community College in Oregon that has made Wi-Fi more accessible to those who can study while parked.

Achieving the Dream, a non-profit that works with community colleges, says many schools in its network “have spent limited resources on trying to help their students prepare for online learning, including faculty and staff innovation, designing creative ways to reach students where they are, and with what they need, including turning parking lots into Wi-Fi hotspots.”

This article originally appeared on USA TODAY: WiFi easier to find during COVID: Comcast Xfinity, schools and others

45 Expensive Services You Really Should DIY

Mon Jul 6 , 2020
Whether it’s your car, your home, your yard or yourself, everything eventually needs some fixing up. Some things require the services of a professional, but you can do many other things yourself — including home upgrades that only look expensive — and save a bundle. To save some money, see which […] 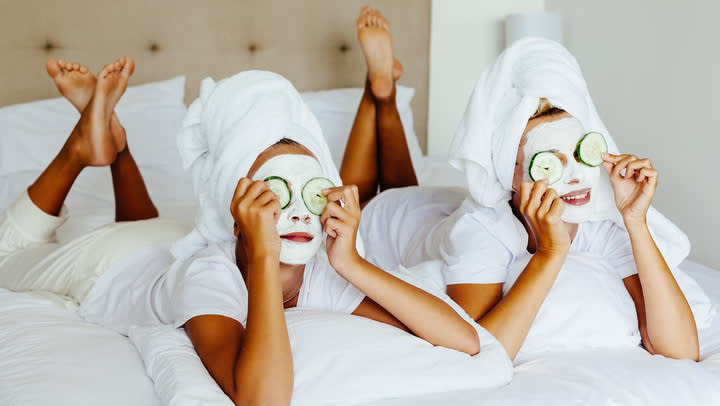