Coronavirus Article Bar with counter .. Cabinet ministers are apparently at odds over the wearing of face masks. As the Government announced the mandatory wearing of masks in shops and is considering extending this to workplaces, the confusion  was exemplified by Cabinet minister Michael Gove who, on Tuesday, bought food […]

Cabinet ministers are apparently at odds over the wearing of face masks.

As the Government announced the mandatory wearing of masks in shops and is considering extending this to workplaces, the confusion  was exemplified by Cabinet minister Michael Gove who, on Tuesday, bought food from a branch of Pret a Manger without covering his face – despite telling the public it was “good sense” and “good manners” to do so.

His Cabinet colleague Liz Truss did wear a face covering when she bought food from the same branch, and the restaurant chain itself said it had no idea whether the new face covering rule would apply to it or not.

The Prime Minister has faced a growing backlash from his own MPs and ministers over the decision to force people to wear masks in shops.

A row broke out on Tuesday between retailers and Matt Hancock over a claim by the Health Secretary that deaths among shop staff had been “disproportionately” high.

New Zealand must prepare for new coronavirus outbreaks as the pandemic spreads globally.

But the country would not drop its elimination strategy if community transmission was discovered, Prime Minister Jacinda Ardern said on Wednesday.

Ms Ardern said the epidemic was now “exploding” outside New Zealand and countries that had been models in the fight against Covid-19 had now experienced further community outbreaks.

The government released a new framework on how it intended to fight the virus in the event of new cases, with elimination still the central strategy.

“No system is 100 per cent fool-proof and around the world we are seeing even the most rigorous measures being tested by the virus,” she said.

It has recorded 22 deaths from nearly 1,200 confirmed cases as of Wednesday.

New Zealand had vowed to eliminate – not merely contain – the virus, which meant stopping transmission for two weeks after the last known case was cleared.

Tokyo will lift its alert level for coronavirus infections to the highest of four levels on Wednesday, the Asahi newspaper reported, after a recent spike in cases to record levels in the Japanese capital.

Daily coronavirus cases exceeded 200 in four of the past six days, reaching an all-time high of 243 cases last Friday as testing among workers in the metropolis’ red-light districts turned up infections among young people in their 20s and 30s.

Donald Trump said California’s two largest school districts were making a “terrible mistake” by making students stay home for the upcoming term in the face of the coronavirus pandemic.

The US President, in an interview with CBS News on Tuesday, said it was a mistake for Los Angeles and San Diego school districts to provide only online education for the academic year beginning in August.

“I would tell parents and teachers that you should find yourself a new person, whoever’s in charge of that decision, because it’s a terrible decision,” Mr Trump said.

“Because children and parents are dying from that trauma too. They’re dying because they can’t do what they’re doing.

“Mothers can’t go to work because all of a sudden they have to stay home and watch their child, and fathers.”

The United States has recorded 63,262 new coronavirus infections in the past 24 hours, according to a tally by the Johns Hopkins University on Tuesday.

The total number of cases recorded in the country since the start of the pandemic now exceeds 3.42 million.

The world’s wealthiest country has in recent weeks seen a surge in infections, mainly in its south and west, which have kept it by far the most affected nation.

In Florida, which was one of the first states to lift lockdown restrictions, for example, officials reported 132 deaths on Tuesday – a new daily record for the state – while more than 9,000 new cases of the virus were detected there in the past 24 hours.

Faced with this trend, some states have reversed the opening of shops and services, such as California, and many of them have made masks compulsory in public places.

Police fatally shoot man after stabbing in store over a mask

A Michigan sheriff’s deputy on Tuesday fatally shot a man suspected of stabbing another man who had challenged him about not wearing a mask at a store, police in the United States said.

Police said a sheriff’s deputy spotted the man’s vehicle in a residential neighbourhood and shot him when he got out of his car and tried to attack her while holding a screwdriver and knives.

The 43-year-old man, who worked at the Michigan Department of Transportation, died in hospital.

He was suspected of stabbing a 77-year-old man inside the store when he was confronted about not wearing a mask.

Time to support the UK’s attractions

It is important to make use of the museums, galleries and sites available in the UK in order to protect them in the wake of the Covid-19 lockdown, Association of Leading Visitor Attractions director Bernard Donoghue says.

His message follows the release of figures that show the British Museum has regained its crown as Britain’s best-loved visitor attraction thanks to its Japanese Manga exhibition.

Meanwhile, the Victoria and Albert, Science, and Natural History museums could offer longer exhibitions to boost revenues with dwindling numbers of returning visitors.

Bosses of the three South Kensington institutions have announced doors will reopen to those craving culture in August, but capacity will be reduced by around 80 per cent.

In light of visitors numbers and revenues being slashed due to coronavirus, V&A director Tristram Hunt has suggested future shows could last longer and give the public more time to attend.

Heart attack admissions to hospital down by 5,000

Thousands of heart attack patients missed out on life-saving treatment while the UK was in lockdown and may have died or been left with serious disabilities, research has found.

By the end of May, there had been 5,000 fewer admissions to hospitals than would be expected of people suffering heart attacks, suggesting many patients had stayed away despite being in desperate need.

California is dramatically rolling back its reopening plans as it struggles to contain a resurgence of coronavirus, with Los Angeles’ mayor threatening to impose a full shutdown if the situation does not improve.

America’s most populous state has reached more than 7,000 coronavirus-related deaths.

On Monday it recorded almost 8,400 new cases of the virus within a 24-hour period.

Read the latest details from The Telegraph‘s ROZINA SABUR here.

Wed Jul 15 , 2020
WINTER HAVEN, FL — Polk County Public Schools will delay the start of the 2020-21 school year at least until Aug. 24 due to the rising transmission of coronavirus cases in the community, a news release said. “We are trending upward with the rise of COVID-19 cases, not only in […] 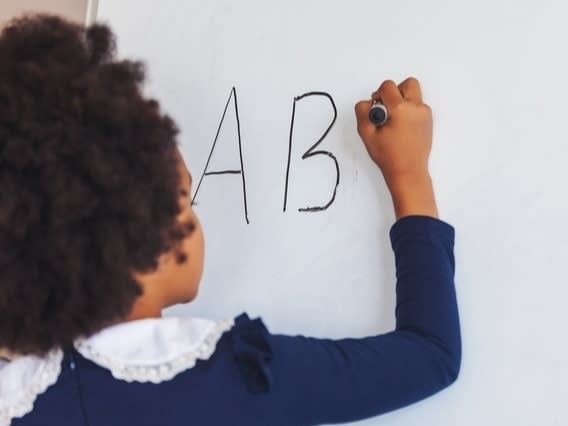