Vice President Mike Pence held a quiet meeting on Tuesday with a group called America’s Frontline Doctors to discuss the use of unproven anti-malarial drug hydroxychloroquine in treating COVID-19. The meeting came as video of a Monday press conference held by the group was going mega-viral online, racking up tens […]

Vice President Mike Pence held a quiet meeting on Tuesday with a group called America’s Frontline Doctors to discuss the use of unproven anti-malarial drug hydroxychloroquine in treating COVID-19. The meeting came as video of a Monday press conference held by the group was going mega-viral online, racking up tens of millions of views and leading to a widespread effort by social media companies to remove the video and penalize some people who shared it, including one of the president’s sons.

Pence’s office did not publicize the meeting nor respond to requests for comment, but several members of the group tweeted Tuesday evening that the meeting had just occurred. “Just finished a great meeting with Vice President Mike Pence and his Chief of Staff,” wrote James Todaro, a member of the group who trained as an ophthalmologist. “We are doing everything to restore the power of medicine back to doctors. Doctors everywhere should be able to prescribe Hydroxychloroquine without repercussions or obstruction.”

Todaro, who also presents himself as a cryptocurrency entrepreneur, co-authored a widely circulated Google Docs file proclaiming the benefits of hydroxychloroquine in March. It claimed to be affiliated with Stanford Medical University and several other institutions, but HuffPost reported in March that wasn’t true. Google removed the document for violating its terms of service, but not before it gained the attention of Fox News and other right-wing media outlets, which began promoting the document. Trump advocated for the drug shortly after.

The Monday press conference by America’s Frontline Doctors, whose website went live only days ago and is now offline as of Wednesday, contained numerous pieces of potentially harmful misinformation, including falsely claiming a “cure” for COVID-19 and telling people they don’t need masks.

Simone Gold, who founded the group, is a frequent guest on Fox News and has spoken at anti-lockdown rallies around the country. Gold tweeted that she and other members had met with Pence to advocate for hydroxychloroquine and discuss “censorship of doctors.” (Gold did not respond to a request for comment from HuffPost.)

Despite the lack of evidence for the medical claims in the video and highly questionable expertise of some of the group’s members, the White House appears to be lending it legitimacy by inviting the group to meet with Pence. In addition to Pence meeting with the group this week, Trump also praised the video in a Tuesday press conference.

Hydroxychloroquine has become a fixture among right-wing media and anti-lockdown activists following Trump’s early promotion of the drug in March as a “game changer.” Although the drug is still being studied, several high-quality studies have shown that hydroxychloroquine provides no benefit in treating COVID-19. Both the Federal Drug Administration and National Institute of Health have warned about use of the drug or abandoned trials due to unlikelihood of success, and the government’s own top infectious disease expert, Dr. Anthony Fauci, stated on Tuesday that evidence suggests it is not an effective treatment.

“The overwhelming prevailing clinical trials that have looked at the efficacy of hydroxychloroquine have indicated that it is not effective in coronavirus disease,” Fauci said.

The America’s Frontline Doctors group heavily promoted the use of the drug at their event, which was organized by Tea Party Patriots, a wealthy Republican donor-backed nonprofit organization that has partnered with other right-wing dark money groups to form a coalition pushing for the rapid reopening of the United States economy.

Many of those groups, including Tea Party Patriots itself, received substantial funding from the conservative megadonor Charles Koch and his late brother David. Marc Short, Pence’s chief of staff who also attended the meeting, was a longtime president of Freedom Partners, which is the Koch political operation’s main fundraising vehicle.

There was no mention from the group’s social media if the Pence meeting included Dr. Stella Immanuel, an evangelical minister and pediatrician that has promoted bizarre claims that extraterrestrial DNA is used in medical treatments, blamed satanic influence for a range of ills and warned that dream-world sex with demons can make you sick. Immanuel claimed during the press conference to have cured hundreds of patients using hydroxychloroquine, but has provided no proof for her statements.

Trump, whose reelection chances have grown increasingly poor as the pandemic goes on and case numbers in the United States continue to grow, has returned to promoting hydroxychloroquine as a potential quick fix solution. Trump offered support for the doctors group and specifically described Immanuel as “very impressive” during his Tuesday press conference.

As Trump offered praise for the fringe group, coronavirus deaths in the United States surpassed 150,000 people on Wednesday, the largest death toll in the world and one of the highest rates per capita. Several states reported record-high average deaths this week, as cases continued to surge.

This Giant Gas Exporter Needs to Break Its Addiction

Thu Jul 30 , 2020
(Bloomberg Opinion) — In folklore, the will-o’-the-wisp is a spirit that lives in marshlands, beckoning night-time travelers with its mysterious light until they stumble in darkness to their demise. The phenomenon is thought to be caused by igniting swamp methane, so it’s oddly appropriate that one of the world’s largest exporters of […] 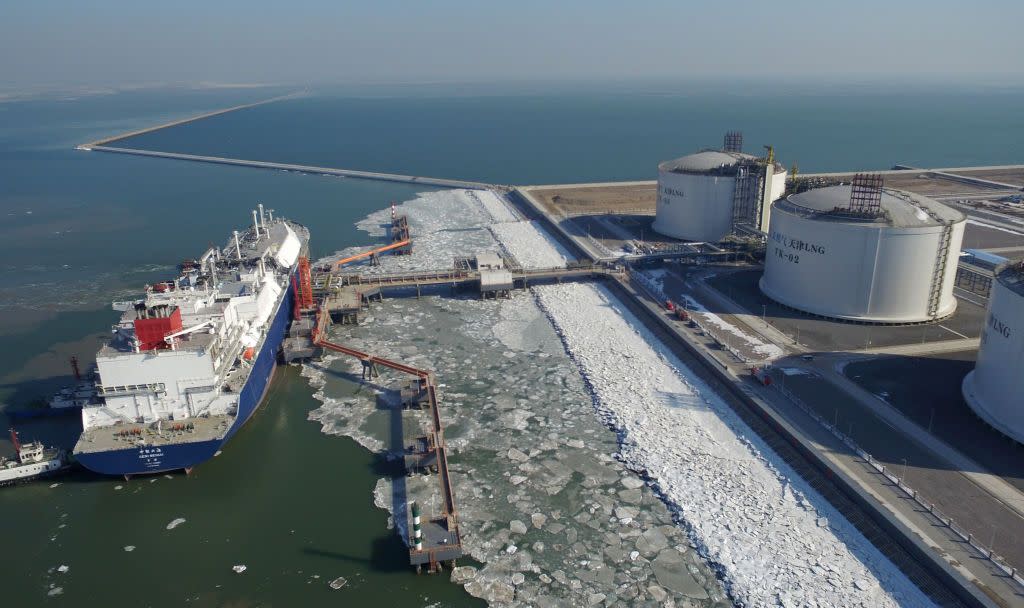