Five candidates are vying for the Miami-Dade County Commission’s District 9 seat, which Dennis Moss will vacate after 27 years due to newly imposed term limits. Their backgrounds vary: a leader in Tallahassee, a former city councilman, an attorney, a pastor and an electrician. But all five say they would […]

Five candidates are vying for the Miami-Dade County Commission’s District 9 seat, which Dennis Moss will vacate after 27 years due to newly imposed term limits. Their backgrounds vary: a leader in Tallahassee, a former city councilman, an attorney, a pastor and an electrician. But all five say they would prioritize transportation, an issue that has plagued South Miami-Dade for decades.

When county voters approved a half-percent sales tax to fund transportation projects in 2002, they were promised an extension of the Metrorail system into the southernmost part of the county. That hasn’t come to pass, with road projects often taking priority over public transit.

In 2018, county leaders signed off on a rapid-transit bus system for South Dade, known as BRT, instead of sticking with the rail plan. This past May, the county got federal approval for $100 million to build that bus system stretching south to Florida City and north to Pinecrest.

But their views diverge on the rapid bus system and whether it’s helpful or harmful to the region’s long-term goals.

“I don’t support the BRT,” McGhee, a Democrat and the outgoing House Minority Leader whose District 117 overlaps with the county’s District 9, told the Miami Herald. “I support rail. Once I’m elected, the rail will be my top priority.”

McGhee has secured the endorsement of Moss, who’s the outgoing District 9 commissioner, as well as unions AFSCME Florida, SEIU Florida and the South Florida AFL-CIO.

Farias, who lives near the Homestead Air Force Base, said his personal experience as an electrician demonstrates the transit debacle. He leaves home at 5:30 a.m. to get to job sites by 7 a.m. in Miami Beach and near Miami International Airport because of heavy traffic, he said, paying $9 a day in tolls — $4.50 each way.

He echoed McGhee’s assessment of the potential solutions: “More buses, no. I want rail,” he said. “These quick, Band-aid fixes, that’s why we’re in this mess now.”

The three other candidates said they aren’t opposed to the BRT plan, even if it’s not the ultimate transit solution south county residents need. That includes Hill, a partner at the law firm Hamilton, Miller & Birthisel, a board member for the Miami Parking Authority and a past trustee of the Miami Foundation. He leads the District 9 field in campaign contributions with over $368,000 raised, ahead of McGhee’s $176,000 as of Thursday.

“We need a transportation system that is more democratized, more connected to where people live,” he said, pointing to “more frequency and coverage” for existing bus routes as one step forward. “Whether it’s BRT or, at a later date, rail, we have to connect citizens to that backbone [of Miami-Dade County].”

Maldonado, a Homestead city councilman since 2009 who resigned last year to run for the county seat, said the pragmatic approach would be to move ahead with the bus plan and possibly use that infrastructure for light rail in the future. Extending Metrorail as far south as Florida City, he noted, would likely cost over a billion dollars.

The bus system would have dedicated lanes with stations and cars to mimic the convenience of rail service.

“I’m in full support of getting the BRT up and running,” Maldonado said. “The idea is to create some of the foundation of what it could eventually be used as a true light rail,” he said.

Coats, meanwhile, was a special assistant to Alex Penelas during his tenure as county mayor when the half-penny tax was approved by referendum in 2002, with funding initially designated to bring the Metrorail to South Miami-Dade. The BRT is “fine,” Coats said, but not enough.

“One of the reasons I’m in this race is because I want to make sure that South Dade gets what was promised to them,” he said. “I will fight for the four years I’m there until we come up with a solution.”

Coats was arrested in January and charged with two misdemeanor counts of battery after an incident with his wife at their home in Palmetto Bay. The charges were dropped March 11, according to court records. Coats told the Herald in February that he denies the allegations and that he and his wife had resolved the matter privately.

(The candidates will be discussing this and other issues in an online public forum on Thursday starting at 5 p.m., sponsored by The Miami Foundation. Advance registration is required.)

Five of the 13 county commissioners are required to leave office in November due to term limits, and another, Daniella Levine Cava, is vacating her seat to run for county mayor as term-limited Mayor Carlos Gimenez runs for Congress.

Voters approved the new term-limit rules in 2012, but past time on the board didn’t count toward the cap on two consecutive four-year terms. That means they first kicked in this year.

McGhee has embraced the endorsement of Moss, who is one of the county’s longest-serving commissioners after a stint that started in 1993. In a statement posted on McGhee’s campaign website in June 2019, Moss called McGhee “a young, bright public servant who has shown that he will produce results.”

Hill, speaking to the Miami Herald Editorial Board on Thursday, said Moss “served so honorably” during his tenure. But he also emphasized the need for change, saying South Miami-Dade has gotten “the short end of the stick” for years.

“For far too long, South Dade has been neglected from the rest of the county, not getting its fair share of the services that the county provides,” Hill said.

“This is not a position where you can learn on the fly,” he said. “You better know how this works in order for you to be effective.”

The primary election will be held in-person Aug. 18, with mail-in ballot requests accepted until 10 days prior. If no candidate receives more than half the votes, the top two vote-getters will advance to a runoff in November.

As protests against police brutality in South Florida and across the United States continue, the District 9 candidates explained how they would approach the issue at the county level.

▪ Hill said the relationship between police and the public is “broken” and needs to be rebuilt both nationally and locally. He lauded the county commission’s efforts to bring back a civilian oversight panel to review allegations of misconduct against cops. And he said it would be “fair” to examine the Miami-Dade police budget to consider whether resources should perhaps be distributed differently, but that he would need to take a more detailed look at the numbers before advocating for cuts, as some residents have called for.

▪ McGhee, who has spoken about his own experience of mistreatment by police in 1997, similarly called for a “reform of trust” between law enforcement and the community. All police departments should require body cameras, he said, and the hiring process for officers should be reformed to diversify the force. McGhee also said he supports funding that would allow professionals other than law enforcement to respond first to mental health crises or “simple disputes between family members.”

▪ Farias said he supports a civilian oversight board but, like Hill, would need to “sit down and look at the budget” before saying whether he’s in favor of redistributing police resources. “Once we’re on the board, we’re gonna get the best and brightest people to the table” to weigh those decisions, he said.

▪ Maldonado said the Homestead residents he talks to want more police officers, not fewer, and that they’d be willing to pay more taxes to cover those costs. Police budgets are already “spread thin,” he said. Maldonado added that he has questions about what it would take to fund a community oversight panel for the county police. “You’ve now created a budget line item,” he said. “Where’s that money gonna come from?”

▪ Coats named police reform as one of his top priorities, although he said he’s “certainly not for defunding the police department.” Among his ideas: limit the number of complaints an officer is allowed to face before being fired and create a statewide database to track misconduct by officers. Like McGhee, Coats said 911 calls “where someone has a mental issue over a criminal issue” don’t necessarily need to be handled by police.

Candidates for County Commission District 9 will talk about how they stand on the issues of interest to residents of South Miami-Dade in an online forum hosted by The Miami Foundation on Thursday starting at 5 p.m. Advance registration is required at https://zoom.us/webinar/register/WN_3amaDiYhR7iDQh2g49tO3A

Tue Jul 7 , 2020
Brian Snyder/Reuters Natalia Marques was supposed to be touring apartments with her friend this week, in preparation for her final year at Sonoma State University. Instead—thanks to a new order from Immigration and Customs Enforcement—the 25-year-old economics major spent most of Monday contemplating how to pack up four years of […] 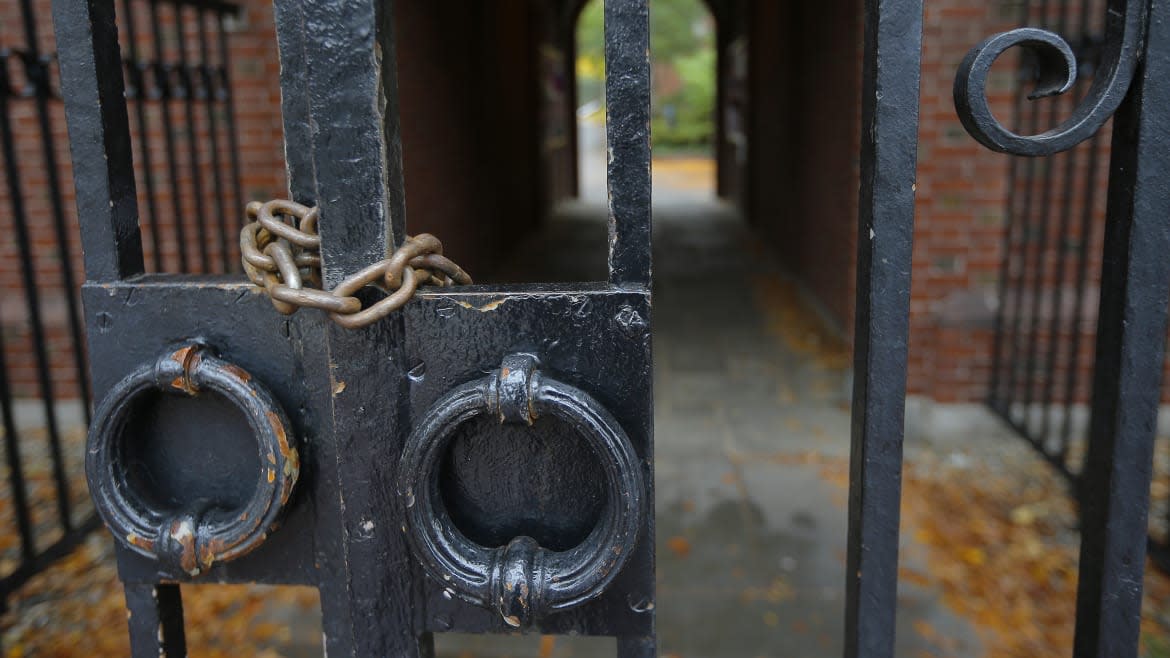