Washington — America’s mayors are sounding the alarm that time is quickly running out for Congress to approve federal aid for local and state governments amid the worsening coronavirus crisis, with localities warning they may have to take an ax to essential services if lawmakers don’t act soon. “This virus […]

Washington — America’s mayors are sounding the alarm that time is quickly running out for Congress to approve federal aid for local and state governments amid the worsening coronavirus crisis, with localities warning they may have to take an ax to essential services if lawmakers don’t act soon.

“This virus does not know what the population is and it doesn’t know what the boundaries of the city limit is,” Jeff Williams, mayor of Arlington, Texas, told CBS News. “It isn’t just hitting in big cities, but cities of all sizes. The economic impacts are being realized all across the country.”

State and local officials have for months been lobbying Congress to approve federal aid for their governments as they have seen revenue streams dry up because of the pandemic. Still confronted with budget shortfalls and forced to furlough or layoff workers as the coronavirus crisis worsens across the country, mayors are looking to the next economic aid package from Congress to provide them with a much-needed injection of cash.

While the $2.2 trillion economic relief bill passed in March allocated $150 billion for states, cities and counties, only those with a population of at least 500,000 were eligible for the money, leaving out large cities like Miami and smaller cities like Dayton, Ohio, as they shouldered the added costs associated with responding to the crisis.

“There’s a real sense that this is our last chance. Now we have more certainty about what’s coming down the pike, so there is a real, real concern that if we don’t get it this time we’re going to be in trouble,” Dayton Mayor Nan Whaley told CBS News. “We’ve seen how in March and April our receipts on income tax, it was still a pretty good hangover from a strong economy, and then we saw the bottom fall out in May and June. We’re really nervous because we know July 25 is the end of the [expansion of] unemployment, and PPP loans are going to stop.”

“That’s going to affect our community, and that impacts the cities’ bottom lines, so we can’t provide city services, which further exacerbates what will be not a recession but a depression,” she added. “The longer they hold out, the worse it’s going to be.”

Dayton is expecting a budget hole of $9 million to $13 million this year and projecting a $13 million shortfall for 2021. To address the strain on its finances, the city rolled out a voluntary separation program for airport employees, furloughed workers across nearly all departments and closed two golf courses permanently, Whaley said.

Without more federal assistance, she warned cities and counties could be forced to make cuts to vital services such as police and fire departments.

“These are not places where you want to cut, but you’re going to cut life-saving services, and that’s what we’re up against right now,” Whaley said. “These are really tough decisions that if we don’t get federal help, it’s likely we will have to cut these.”

The U.S. Conference of Mayors is urging Congress to include $500 billion for localities in its next economic relief package, though it’s unclear when any legislation will be approved. The House and Senate are on a two-week break until Monday, but negotiations on the next rescue package have been ongoing. Senate Republicans are expected to unveil their proposal for a new round of aid next week.

House Speaker Nancy Pelosi rolled out a $3 trillion measure in May, which includes $900 billion for state and local governments, and a bipartisan bill in the Senate sponsored by Republican Senator Bill Cassidy of Louisiana and Democrat Senator Bob Menendez of New Jersey would allocate $500 billion in emergency funding.

“How many times have we had to say in the course of this pandemic, we are at a critical moment?” Pelosi said Wednesday. “We really are at an even more critical moment now because we know what the answers are.”

Exacerbating the need for assistance from the federal government is the push from the Trump administration for schools to fully reopen for the fall semester, with the president and Education Secretary Betsy DeVos using federal funds as leverage to pressure school districts and local officials to be operational for the upcoming academic year.

While Mr. Trump cannot withhold funding to K-12 schools that has already been allocated by Congress, he can seek to attach strings to future legislative packages that provide federal aid to the education system.

But safely opening up the nation’s classrooms for in-person instruction is further going to strain already-drained city resources, officials warn.

Steve Gallon III, vice chair of the Miami-Dade County School Board, said Tuesday that the district has already distributed more than 119,000 devices to students following its March closure of schools. But he anticipated reopening for the fall semester will require more resources, including to screen employees and students, more frequently clean classrooms, add bus routes and drivers to reduce capacity on buses, and convert libraries and gyms at some schools to classroom space to keep students socially distanced from one another.

“This is why additional funding for public services is critically urgent at this time,” he said. “We cannot send children back to school without proper transportation to keep students and school employees safe. More investments are needed to fund the resources and infrastructure needed to support remote learning, to accommodate social distancing and to prepare for another virus fight and shift to online learning if there is a second wave.”

Miami-Dade County Public Schools is the nation’s fourth largest school district, and Miami has emerged as the epicenter of the coronavirus pandemic as Florida experiences a surge in cases. The county remains in Phase One of the state’s reopening plan, and the school district is providing parents with the option to send their children in-person for up to five days once the county moves into Phase 2 or opt for online learning. But Gallon warned that even continuing with virtual learning will require additional resources to ensure students have internet connectivity and the necessary technology.

“The reality is that schools across the board will need a great deal of additional resources to mitigate the spread of COVID-19,” he said.

The School Superintendents Association and the Association of School Business Officials International estimate it will cost the average school district an additional $1.8 million to safely reopen, with money needed for hand sanitizers, additional custodial staff, disposable masks for staff and students, and cleaners for buses.

Congressman Bobby Scott, a Democrat from Virginia and chairman of the House Committee on Education and Labor, warned Wednesday that budget shortfalls for state and local governments “could force devastating cuts” on public education.

“If this funding is not available,” he said, “any federal appropriation for education will only partially offset the cuts at the state and local level, and the additional cost to reopen safely will not be addressed.”

Thu Jul 16 , 2020
ESSEX COUNTY, NJ — When it comes to the vote-by-mail debate and the 2020 general election, it’s pretty clear where New Jersey Assemblywoman BettyLou DeCroce stands. “I don’t see how waiting on a relatively short line at a polling booth is more dangerous than waiting on a long line at […] 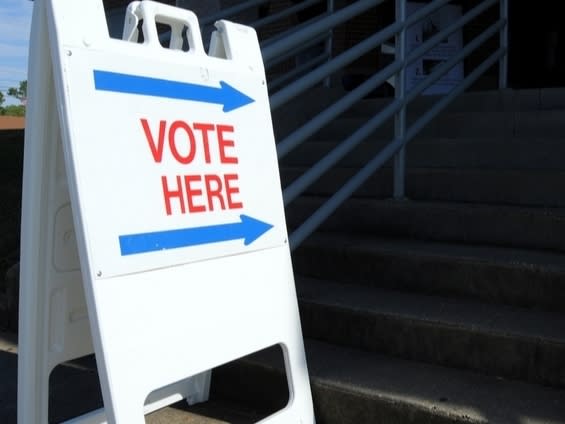