In the raging national debate over whether to reopen schools, advocates on both sides are basing their arguments on a range of factors: political, economic and emotional. But there is a growing consensus in the public health and scientific community that schools should resume in-person classes this fall — particularly […]

In the raging national debate over whether to reopen schools, advocates on both sides are basing their arguments on a range of factors: political, economic and emotional.

But there is a growing consensus in the public health and scientific community that schools should resume in-person classes this fall — particularly in states such as Maryland, where cases have not spiked as they have elsewhere.

To be sure, these experts say safety precautions will be necessary to reopen schools. But they say an assessment of risks versus benefits points to the wisdom of reopening.

The latest available data suggests that children are less likely to become infected with the coronavirus and less likely than adults to develop severe cases. In addition, health experts say children appear not to spread the virus to family members and other adults as efficiently as flu and other common illnesses.

While public health experts and some doctors acknowledge that there is some health risk for children, they say it has to be weighed against other serious risks — such as child abuse or hunger a child may experience if confined at home.

And, they note, there also is significant harm to children if their education is interrupted.

“Reopening schools is really important. It’s a difficult issue, but it’s one that should be addressed as a matter of priority. There’s good evidence that we can do so safely … if certain conditions can be met,” said Jennifer Nuzzo, an epidemiologist at the Johns Hopkins Bloomberg School of Public Health.

On Wednesday, the National Academies of Science, Engineering and Medicine issued a report calling for the reopening of schools, with measures taken to reduce coronavirus risks.

“Given the importance of in-person interaction for learning and development, districts should prioritize reopening with an emphasis on providing full time, in person instructions in grades kindergarten through grade five and for students with special needs,” the report said.

The report focused on children under 12 because they are considered less at risk for the virus than older children and are also less adept at learning online. The National Academies report followed a statement by the American Academy of Pediatrics, which announced it supported a return to classrooms with restrictions in place.

Health experts caution that schools can reopen safely only if they institute social distancing, require masks and take other precautions that have been laid out by the CDC and other organizations. Safely opening schools also will also depend on success controlling the virus in the broader community.

Support for reopening among many public health experts is in contrast to the significant opposition from educators. Unions representing nearly all of Maryland’s teachers have asked that schools reopen online only, saying they fear for the safety of teachers and staff.

Parents can be found on both sides of this debate — or deeply torn between them.

Many teachers and parents say they learned this spring that virtual learning does not work as well as in-person teaching, and many educators believe students have fallen far behind, particularly low-income students who may be living in homes without internet.

Baltimore area school systems are in the process of deciding how to proceed in the fall — with officials in two systems, Harford and Howard counties, proposing Thursday to offer only online instruction for the first half of the coming academic year.

School officials in Baltimore City and Anne Arundel, Baltimore, and Carroll counties are considering offering some in-person classes in the fall, although Baltimore County’s superintendent said he is leaning toward beginning the year with all classes online.

After a superintendent proposes a reopening plan, the local school board must vote before it is sent to the Maryland State Department of Education by August 14 for its approval.

Driving some of the decisions are teachers and staff who are concerned about the health risks of in-person instruction. Cafeteria workers and cleaning staff have been working during the pandemic, but unions representing most state teachers held a news conference Tuesday asking that school buildings remained closed for at least the first semester of the coming year.

They cited health risks, especially to older teachers and staff. And they said schools systems don’t have measures in place, including enough masks and other protective equipment, to reopen safely.

School systems considering in-person teaching have suggested they would give parents the option of keeping their children at home and learning entirely online.

The decision could be an emotional and agonizing one for parents, with some considering it too risky for their child. In some district surveys, as many as half of parents said they will keep their children out of schools.

“As a parent I default toward the safety of my kids,” said Pete Fitzpatrick, the father of two school-aged students in Catonsville. “I feel like I have the liberty to say that. We have internet access at our house.”

“There are too many unknowns from this. There have been a lot of people with long term side effects. I couldn’t forgive myself if one of my kids had chronic lung problems because I sent them back to school.”

On the other side are parents who have formed a nonpartisan advocacy group, Return2Learn, who believe schools should consider the educational, psychological and physical needs of students when they consider keeping school buildings closed.

Christina Olson, who started the group, says her children have a stable family with computers and internet, but she and her husband struggled to work and help their children learn at the same time.

Health data show about 2,400 children up to age 9 in Maryland have been infected with COVID-19, the disease caused by the coronavirus, along with about 4,200 kids aged 10 to 19.

Together, those groups represent about 8.8% of the total cases in the state. One of the roughly 3,200 deaths was a child.

Children appear to weather the disease, even when they have underlying health conditions, said Dr. Susan Lipton, head of infectious diseases as the Herman & Walter Samuelson Children’s Hospital at Sinai in Baltimore.

Lipton said Sinai has screened around 2,000 kids and 91 have come back positive. The biggest problems have been in children with serious medical conditions, specifically sickle cell disease, a blood disorder. Four children recovering from COVID-19 have developed multisystem inflammatory syndrome, a complication affecting several organs and systems in the body.

Nationally, about 3% of children and teens under 20 with COVID-19 are hospitalized, she said. Most have mild or moderate flu-like symptoms. About 20% don’t show any symptoms. That has complicated the count of children affected by the disease because often they are tested only when they are exposed by siblings or others.

Lipton said there are a lot of factors that could make COVID-19 infections worse in children, like asthma, obesity or another infection like the flu. But she said those who get the sickest likely have a more serious blood disorder like sickle cell or a heart condition.

“I urge parents to get ‘well checks’ and follow advice to better control asthma and other conditions, monitor sugar and get immunized for influenza and measles,” she said.

Still, she said she believes most kids can safely return to school, provided the schools are taking precautions such as reducing class sizes, distancing, masking students and staff, and sanitizing surfaces.

Increasing air flow would be helpful, by opening windows or holding classes outdoors if possible. Air filters and purifiers could help inside because there is some evidence that micro droplets that people breathe out could hang in the air. Toilet lids may help keep water droplets contained during flushing.

Families have a big responsibility too, Lipton said, by keeping children home who have been exposed to the virus or show any symptoms.

“We need to make everyone responsible for this,” she said. ‘It may have to be the honor system. I know parents want to keep their jobs, but we don’t want to be back in a Stage One shut down.”

Some states should open schools and some should not, said Dr. Tina Tan, a board member of the Infectious Disease Society of America and a professor of pediatrics in Northwest University’s medical school. Tan said students could return to schools in states such as Maryland, where cases have been mostly on a downward trend. States where cases are spiking, such as Texas, Arizona and Florida, shouldn’t open schools, she said.

Tan said each school system will have to cater its plan to its unique student population and their health and education needs. African American and Latino children appear to be infected at higher rates. Some have more children with special needs.

And some schools will have more room to space children than others. Tan suggested all parents have their children practice wearing face coverings and performing proper hand washing.

She also said there should be protocols to screen students and staff daily, though some may have to be done at home, such as monitoring for fevers and other symptoms of COVID-19. School nurses need guidance on handling suspected cases.

Once schools devise a plan to open that is clearly conveyed to everyone, they have to be prepared to quickly shut classrooms or whole schools if there is an outbreak.

“There are things every school can do like distancing and masking,” Tan said. “But flexibility will be key. One size won’t fit all schools.”

With a decision on school openings just a few weeks away, Cicero of Hopkins said parents — no matter their view on school reopening — should support efforts to drive down the community spread in Maryland and make reopening schools “a much higher priority than either bars or restaurants.”

A recent study showed that both Sweden and Finland opened schools successfully without spikes in the virus. Neither country had any deaths among school-aged children. But Cicero said those countries had very low incidence of the disease at the time.

“Seven states right now in the U.S. have over 30 cases per 100,000 today, which is still 10 times or more the number of cases … that Denmark, Finland, France, and South Korea had when they reopened schools,” she said Thursday.

A number of experts said school districts need to be more creative in how they teach and provide services to children and families. Social meetings between teenagers can happen online. After school activities don’t have to be given up. And schools can send out teams of social workers to find students who haven’t shown up in virtual classrooms.

Schools are being asked to help restart the economy, and they need more money if they are going to be able to do it safely and provide what students need, said Annette Anderson, deputy director of the Johns Hopkins Center for Safe and Healthy Schools.

Parents seem to be driving the conversation, Anderson said, and once the decision has been made for the fall, the discussions will continue for the next year.

“There won’t be a bigger decision in 2020 than how did we send our students back to school,” Anderson said.

Visit The Baltimore Sun at www.baltimoresun.com

Fri Jul 17 , 2020
CHICAGO — Most Chicago children would return to the classroom two days a week and spend the other three days learning remotely once the school year begins, under a tentative plan outlined Friday. Chicago Public Schools officials called the hybrid approach a preliminary framework and asked parents, students and staff […] 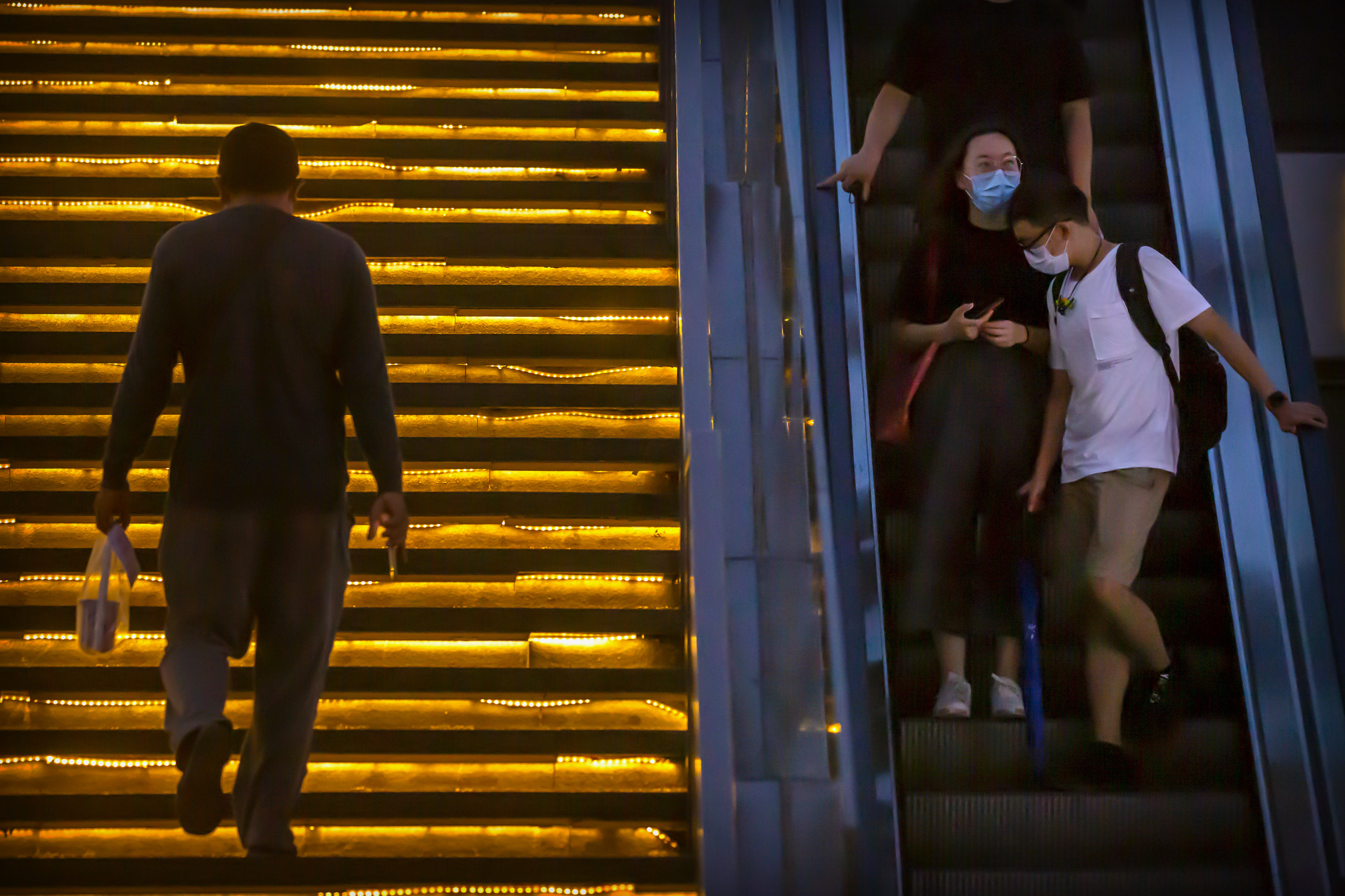