OAKLAND, Calif. – Inside Marcus Books, the nation’s oldest black-owned bookstore, no one lingers anymore over shelves lined with a diasporic collection of African and African American history, culture, music and literature. Staffers take phone orders from the safety of their homes. Shoppers keep their distance when darting in and out […]

OAKLAND, Calif. – Inside Marcus Books, the nation’s oldest black-owned bookstore, no one lingers anymore over shelves lined with a diasporic collection of African and African American history, culture, music and literature.

Staffers take phone orders from the safety of their homes. Shoppers keep their distance when darting in and out to pick up purchases. Blanche Richardson, whose parents founded Marcus Books 60 years ago, works alone in the store, putting on a protective mask for curbside deliveries.

Operating in a state of emergency is nothing new for independent black-owned bookstores, which for decades have survived on the margins of the publishing industry. But COVID-19 is posing a new kind of existential threat, Richardson says. Most bookstores have seen a drop in overall book sales even as online sales pick up.

“The pandemic exacerbated the plight of the few remaining black bookstores across the country,” Richardson told USA TODAY.

Black bookselling is a precarious business even in the best of times. Like all independent booksellers, black-owned shops weathered the rise of retail chains like Waldenbooks and B. Dalton in the 1980s and big-box retailers like Barnes & Noble and Borders in the 1990s.

They’ve struggled to loosen Amazon.com’s vice-like grip on people’s wallets. And they’ve run into a potentially business-obliterating threat: gentrification and the unaffordable rent and property taxes that come with it.

Black booksellers were already experimenting with new ways to get more black books in people’s hands, from pop-up stores to internet sales.

Now, to survive COVID-19, they’re getting creative. They’re applying for disaster loans. Those with fledgling e-commerce operations are racing to fortify them. They’re banding together to put on virtual events. And they’re turning to the communities they serve for a helping hand.

Richardson says Marcus Books’ survival was in doubt until a longtime customer, Folasade Adesanya, the founder of The Black Syllabus website, launched an online campaign to rally the community and raise funds.

The $200,000 campaign has raised more than $80,000. Another fundraiser is in the works, a virtual poetry reading featuring actor and rapper Daveed Diggs and Robin Coste Lewis, author of “Voyage of the Sable Venus” which won the National Book Award for Poetry in 2015, among others.

Fundraising is extending a much-needed lifeline. Richardson’s 99-year-old mother died in February, shortly before the coronavirus began its deadly rampage. Marcus Books had just enough resources to last three months, so Richardson and her family had no time to mourn. A memorial to celebrate her mother’s life had to be postponed.

With new funds coming in, the Marcus Books family now has plans for a major online presence and to expand inventory, even hire more staff. And, at a time when Marcus Books can’t swing open its doors for in-person gatherings, there will be virtual author readings and book club discussions.

The outpouring of support, Richardson says, is a testament to “the community’s understanding of the vital and essential need for independent and black bookstores.”

Black-owned bookstores date back to the 1800s

For decades, these bookstores have occupied a singular place in the cultural life of black America, says W. Paul Coates, founder and director of Black Classic Press and BCP Digital Printing and father of bestselling author Ta-Nehisi Coates.

“Black bookstores are not just in business to sell books,” Coates says. For most, “their mission is to make sure that the information they are carrying expands their community and expands the minds of the people in the community.”

The origins of today’s black-owned booksellers can be traced to the 1800s when African American abolitionist, writer and publisher David Ruggles operated the nation’s first black-owned bookstore in New York, where he sold anti-slavery publications until a mob destroyed the store.

Over the decades, bookstores became important public spaces for the black community to gather, doubling as community centers, much like churches, barbershops and hair salons, according to University of Baltimore history professor Joshua Clark Davis, author of “From Head Shops to Whole Foods: The Rise and Fall of Activist Entrepreneurs.”

The nation has had about 50 black-owned booksellers at any given time, estimates Coates, who has clocked five decades in the publishing industry.

The fortunes of black-owned bookstores fluctuate with bursts of racial consciousness. They boomed in the late 1960s to mid-1970s with the Black Power movement, as interest in African history, culture, and politics spread in African American communities.

Daphne Muse, who at the time in her early twenties managed the iconic Drum & Spear Bookstore in Washington, D.C., says the bookstore “brought community together across racial lines, class lines, gender.” Poet Gwendolyn Brooks and author Shirley Graham Du Bois read there and Toni Morrison shopped for books there.

“What was so powerful about black-owned bookstores in the late 1960s and 1970s is that they took that concept of a black public space and steered it in a very intellectual direction and a politically radical direction, one aimed at bringing about tremendous social change,” Davis said.

That caught the attention of FBI director J. Edgar Hoover who, in 1968, ordered agents across the country to put black bookstores under surveillance as part of COINTELPRO, a counterintelligence program taking on the rise of the Black Power movement.

The bestselling success of two prominent authors was another catalyst, he says. E. Lynn Harris, self-published his first book “Invisible Life” in 1991 and sold it out of his car on black college campuses and in black neighborhoods until it was published as a trade paperback in 1994. Terry McMillan, author of “Waiting to Exhale” and “How Stella Got Her Groove Back” promoted her debut novel to booksellers, particularly black booksellers like Marcus Books.

The renewed push in recent years to highlight the works of black authors has boosted the fortunes of black-owned bookstores, says James Fugate, co-owner of Eso Won Books, a longtime hub of black intellectualism and community in the Leimert Park neighborhood of South Los Angeles that has hosted two presidents – Bill Clinton and Barack Obama.

“In the last five to six years, publishers have had some really strong books for us and that really helped drive the market more. And then there are certain books that people are going to come to a black bookstore to get,” Fugate said.

Nothing was more transformative to black bookselling than the Obama presidency. “We saw people looking at black books and black history in such a more positive light,” Fugate said.

“And then, of course, when Mrs. Obama’s book came out, that was the biggest thing of all,” Fugate said of Michelle Obama’s “Becoming.” “I think every single bookstore in the country would say that was one of the biggest things that they’ve ever experienced.”

The comeback was part of a broader trend in bookselling. Between 2009 and 2019, the ranks of indie bookstores jumped 53%, from 1,651 to 2,524 as they won back customers from Amazon and big-box retailers, according to the American Booksellers Association.

Fueling reader loyalty: deep ties to the neighborhoods and communities in which the indie bookstores operate, according to Harvard Business School professor Ryan Raffaelli. Indie booksellers strengthened these relationships by hand-selecting books for customers and by becoming community venues for lectures, book signings and reading groups.

Online bookseller Troy Johnson says internet sales are playing an even more crucial role in the livelihood of black bookstores during the pandemic, especially with too few stores serving African American communities in many parts of the country.

When Johnson, who runs AALBC, or the African American Literature Book Club, talks to groups, he asks for a show of hands of how many live within driving distance of a black-owned bookstore. “In the majority of circumstances, people don’t,” he says.

Online sales have picked up during COVID-19, Johnson says. His experience mirrors other booksellers who are reporting hundreds of books being ordered via the internet, a blessing now that they can’t count on foot traffic, browsing and impulse purchases.

“Everyone I talk to is selling books,” Coates says. “It may not be at the level they’d like it to be. Even when they were open, it wasn’t at that level. But everybody I’ve talked to is hanging in there.”

At Eso Won, Fugate says his store is filling phone and online orders at a rapid clip. Sales, which were down in March, bounced back in April and early May. Still, he had to lay off part-time staffers and the future remains uncertain. “We have to take it day by day,” he says.

Writing the next chapter of Marcus Books

From her customary perch behind the counter under a wooden “African Queen” sign, Richardson is fighting to preserve her parents’ legacy and to write the next chapter of Marcus Books. Next to her is a thick stack of bookmarks bearing the shop’s longtime slogan: “Books by and about black people everywhere.”

The story of Marcus Books began in 1937 when Richardson’s parents, Drs. Julian and Raye Richardson, met while studying at the Tuskegee Institute in Alabama under scientist and inventor George Washington Carver and alongside novelist Ralph Ellison. After World War II, they started a printing business in San Francisco to serve the city’s growing black population.

With so few black authors in local bookstores, they’d scour the country for the works of Langston Hughes and Zora Neale Hurston, buying up extra copies for friends and placing a few in the window which quickly flew out the door.

In 1960, the Richardsons opened a bookstore named for black nationalist and Pan-African movement leader Marcus Garvey. At the height of the black power movement, the literary, cultural and political conversation revolved around Marcus Books, which hosted gatherings and book signings by some of the nation’s most celebrated black writers and figures including Alice Walker, Maya Angelou, Muhammad Ali and Cornel West.

The Richardsons followed the migration of black families from San Francisco across the bay to Oakland in 1976. After 58 years in business, the San Francisco store shuttered, but the Oakland location has persisted, even as tech industry-propelled gentrification rolls through like an earthquake, driving up rents and the cost of living and accelerating the exodus of black families with deep roots in this historically majority-minority city.

If black-owned bookstores like her family’s fade away, the repercussions could be far-reaching and devastating: fewer books by black authors sold, fewer publishing contracts for black authors, fewer black authors writing at all, Richardson says.

Where else, she asks, can black readers discover books such as Indus Khamit-Kush’s “What They Never Told You in History Class”?

“Older and new black bookstores alike still face the challenge of a lack of consciousness about the consequences of not having a black bookstore in your community, not having your own source of knowledge about yourself available,” she says. “If we are not writing our own story, someone else will.”

This article originally appeared on USA TODAY: How black bookstores, battered by Amazon.com, are fighting COVID-19 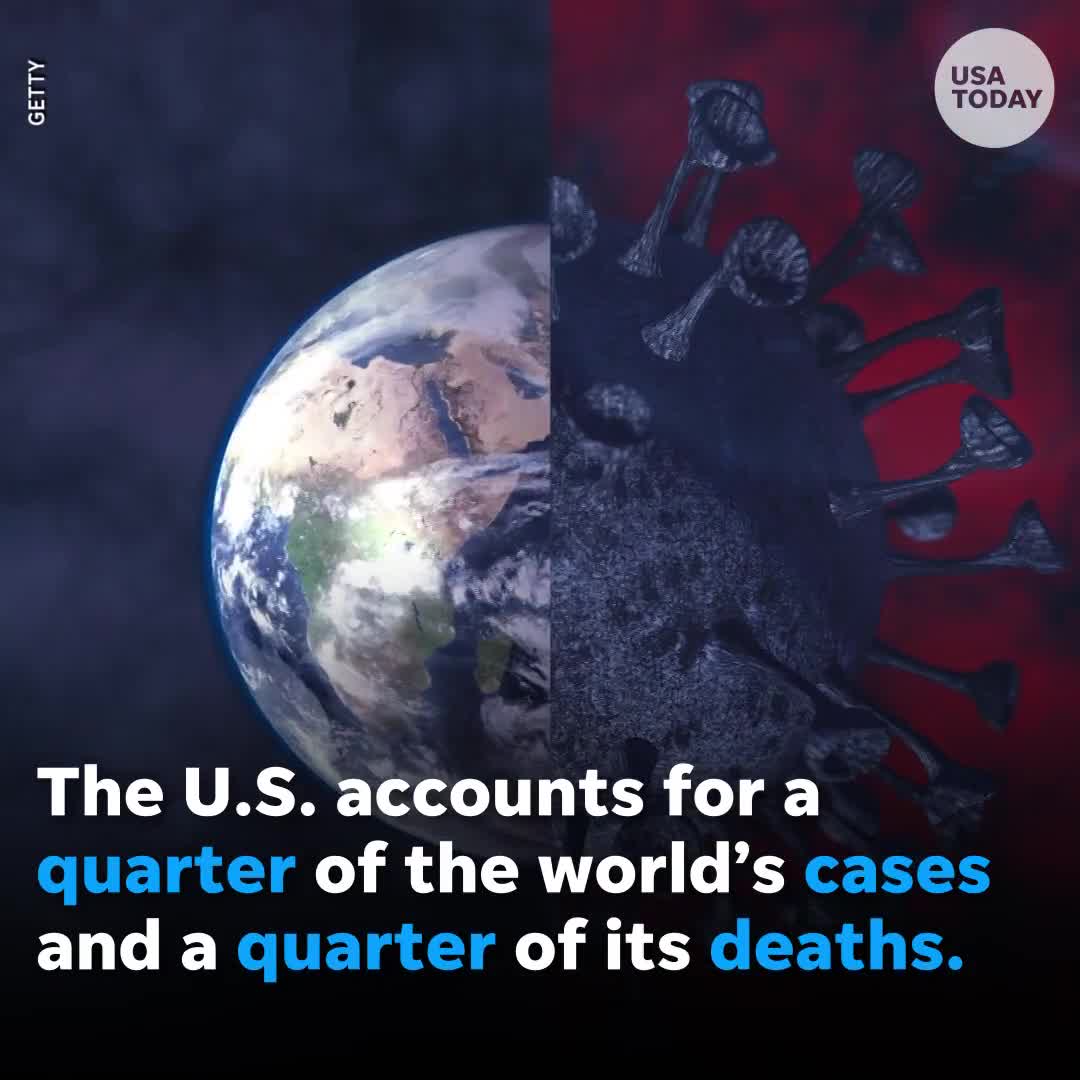