As air travel reopens and flight bookings begin to creep up, AvGeeks — aviation geeks — and others may notice some new legalese in the fine print when they buy plane tickets. More and more carriers are adding clauses that require passengers to settle disputes with the airline in private […]

As air travel reopens and flight bookings begin to creep up, AvGeeks — aviation geeks — and others may notice some new legalese in the fine print when they buy plane tickets.

More and more carriers are adding clauses that require passengers to settle disputes with the airline in private arbitration, rather than in court, and bar passengers from starting or joining class-action lawsuits.

In early April, American Airlines updated its contract of carriage, a standard industry document that outlines the legal responsibilities of a ticket holder and an airline, with a class-action waiver. British Airways followed in late May, adding a class-action waiver and binding arbitration agreement in the terms and conditions of Executive Club, its loyalty program, for residents of the United States and Canada. British Airways notified members by email.

“What the airline is saying is: If you ever have a dispute with us, the only way you can pursue this is in private,” said Deborah Hensler, Ph.D., a professor of law at Stanford Law School. “These types of agreements are usually an effort to prevent people from having an effective way of challenging a company on what might arguably be a legal violation.”

Outcrop of The Pandemic

The timing hardly seems coincidental. Airlines of all sizes are being sued for withholding billions of dollars from passengers whose flights were canceled because of COVID-19. American Airlines was named in a class-action lawsuit in April; a similar one was filed against British Airways in early May. Also in April, separate but similar class actions were filed against the low-cost carriers Frontier Airlines and Spirit Airlines, both of which had “No Class Action” clauses in their contracts of carriage before the coronavirus was declared a pandemic.

These lawsuits have more than 100 class members and seek more than $5 million in combined claims. All claim that the airlines are either breaching their own contracts of carriage — which usually codifies a passenger’s right to a cash refund when a flight is canceled — or sidestepping a Department of Transportation policy that requires airlines to give refunds when flights to, from or within the United States are canceled. Or both.

In a statement, a spokesman for American Airlines said the new class-action waiver is meant to “ensure that customers have an avenue to pursue and resolve disputes with us, including by filing an individual lawsuit. We remain committed to resolving issues customer-by-customer when they arise.”

“This issue really pops out of the pandemic — there hasn’t been this type of mass cancellation of flights before,” said John Albanese, a lawyer at the firm Berger Montague, which jointly filed the British Airways lawsuit along with the firm Girard Sharp. “We suspect — but we don’t know for certain — that changes to the Executive Club agreement were in response to our lawsuit to try to limit the potential claims.”

Last September, Stephen Ide, the lead plaintiff in the British Airways lawsuit, paid about $700 for a round-trip flight from Boston to London that was scheduled to depart in late March. The trip, which was to take Ide and his wife to Scotland, was meant to celebrate their 35th wedding anniversary.

Then the coronavirus pandemic struck and Ide’s work as a freelance journalist and Lyft driver dried up. The flight to London was canceled; when Ide called the airline to request a refund, he was unable to get through. So he settled on the only financial relief he found online: a voucher.

Ide continued to call the airline in hopes of having his voucher converted into a refund. When he finally connected with an agent, he was told this wouldn’t be possible.

“I don’t fly much, and my wife and I don’t really have cash to travel often,” said Ide, 60, who lives in Norton, Massachusetts. “The price was right for the tickets. But when they canceled the flight and I had to seek refunds for all aspects of our trip, it was frustrating that British Airways would not provide one.”

Much like cellphone contracts, airline agreements are adhesion — otherwise known as “take it or leave it” — contracts. Passengers cannot individually negotiate the terms, or cross out certain sections, before purchasing a plane ticket or signing up to earn miles.

It is exceedingly difficult for individuals to sue airlines in the United States, even in small-claims court. Class-action lawsuits, which represent a large number of people with similar complaints, are among the only tools available to consumers to get financial restitution against airlines.

“The courthouse door is not locked, but airlines are exempt from state laws and local laws, which account for the vast majority of consumer laws,” said Paul Hudson, the president of FlyersRights.org, an airline-passenger consumer-advocacy nonprofit. “So even if your problem violates a regulation, that doesn’t give you any individual relief. It just means the airline might get fined or admonished.”

Those penalties would come from the federal Transportation Department, which has an Aviation Consumer Protection Division tracking official complaints against domestic and foreign airlines. According to a May report, 45 refunds-related complaints were filed against British Airways between January and March; it was one of nine (of about 50) international carriers with more than 40 complaints. American Airlines’ 163 complaints made it the second most-complained-about domestic airline on the issue of refunds (after United Airlines’ whopping 653).

Some class-action lawsuits against airlines have been successful. In 2018, British Airways settled a class-action suit over fuel surcharges, ultimately repaying millions of dollars and Avios — its miles currency — to qualifying passengers.

It’s too early to tell whether the new American Airlines and British Airways clauses, if challenged, would be upheld in court and how they will influence the existing class actions, which are in the early stages of often yearslong processes. But Albanese said courts are generally more reluctant to uphold class-action waivers and arbitration provisions when they’ve been implemented in response to — and to affect — pending litigation.

“I would presume that if they’re at the forefront of doing this, and it turns out to work for them, then other airlines will do this, too,” Hensler said. “There’s also no evidence that corporations in a similar line of business would somehow view it as competitively useful to say, ‘Well, we’ll let you sue us, so therefore you should join our club.’”

‘Loyalty Is Supposed to be Rewarded’

Points-and-miles obsessives are circulating a theory of their own: British Airways could be preparing to change the value of Avios and girding itself for blowback. Loyalty programs pivot every couple of years, and airlines can make adjustments at will, including how many miles it takes to buy a flight. British Airways declined to comment on whether these measures are afoot.

Although the ability to earn and spend miles is not a legal right, Alex Miller, the founder of Upgraded Points, a points-and-miles travel website, said frequent flyers are keeping a close eye on airlines’ behavior during the pandemic.

“For this email to come out and essentially be a 100% loss for the consumer — it puts more power in their hands,” Miller said of the notice sent by British Airways. “These are supposed to be loyalty programs, and loyalty is supposed to be rewarded.”

Whether the new terms will affect the decision (or not) to book a flight is unknown at this point. Miller believes prices, routes and schedules will continue to have the final word.

And because British Airways announced its class-action and arbitration clauses about two weeks before it announced the change that loyalty-program members had really been waiting for — an elite status extension — the news ruffled even the most faithful customers.

“Alaska Airlines and Hyatt have both extended my top-tier status through 2022,” said Samir Kumar, a 42-year-old Executive Club Gold member who lives in Menlo Park, California. “British Airways hasn’t said a word about what they are going to do, and then the first email we get is about class action and binding arbitration. It’s pretty tone-deaf, if you ask me.”

Your Simple Guide to Buying a Bike Online

Thu Jun 25 , 2020
Photo credit: David Malan – Getty Images From Bicycling Buying a bike can be life changing. While we’re still in the middle of an ongoing pandemic, more and more people are turning to local bike shops to find their new mode of transportation. If your shop is low on options […] 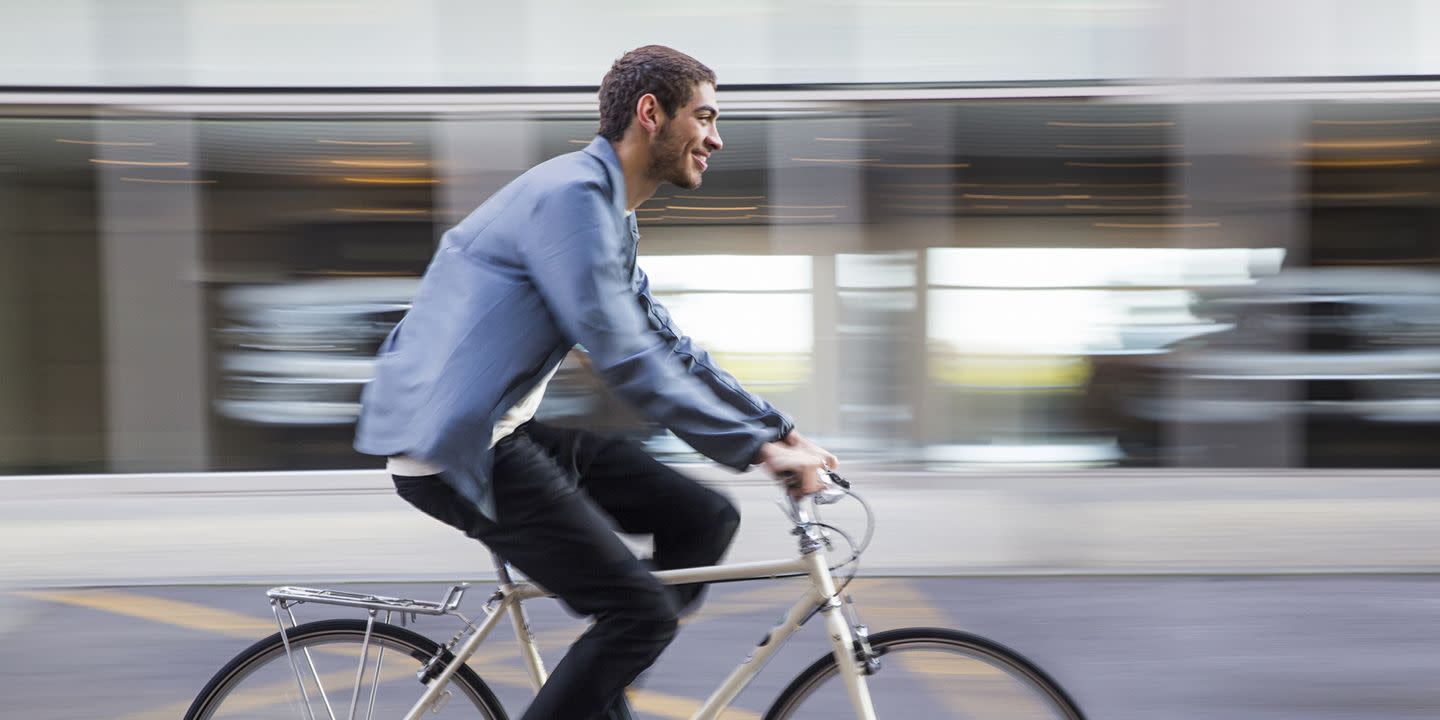