See ya at the drive-in. Jason Guerrasio I went with the family to see “The Karate Kid” at a drive-in that was created in a public pool parking lot. We had a blast. It’s the best thing we’ve done this summer. Here’s how the experience was for us on a […]

As the pandemic continues, finding safe yet fun activities has become a priority for people around the country. For movie fanatics like me, drive-ins are the answer.

Throughout the pandemic, drive-in theaters — once the backbone of summertime entertainment decades ago — have found a resurgence thanks to the built-in social distance quality: you stay in your car to watch the movie.

But there are only around 300 drive-ins still operating across the US. That leaves out a lot of moviegoers who miss that big-screen experience. However, some local theaters are getting creative.

In Cranford, New Jersey, a few towns over from where I live, the local arthouse, Cranford Theater, has created a drive-in experience. In cooperation with the local officials, the parking lot of the Orange Avenue Pool, the public pool in the town, gets transformed a few nights a week into a drive-in theater.

And since it started showing movies around the July 4 weekend, it’s been a hit. There have been sold-out shows of classics like “Jaws” and “Indiana Jones and the Raiders of the Lost Ark.” There will also be future showings of other great movies like “Ferris Bueller’s Day Off,” “Uncle Buck,” “Beetlejuice,” and Tim Burton’s “Batman” (all those showings are sold out). It costs $25 per car, which isn’t too bad if you bring your entire family.

On Tuesday night, I took my family to see “The Karate Kid.” It was certainly a highlight of our summer so far.

The experience started last week when I had to order the tickets.

The upcoming movies weren’t listed on a website, so I had to go to the Cranford Theater Facebook page. It told me the date and time to go to the Drive-In website to order tickets and concessions.

Be on the ball though — I’ve found in my area, the movies sell out quickly.

Here’s what me and the fam drove for the adventure — our 4-door Honda Pilot. Enough space for me, my brother, and our sons.

This is how the Orange Avenue Pool parking lot usually looks on a summer day. It’s where families come to cool off in the summer.

But if you look at the far side of the parking lot, you’ll now see a giant movie screen.

When we drove up a staff member, wearing a mask, checked us in and directed us to what space we should go to.

The Cranford Theater did not mess around. Instead of an inflatable screen, they erected a legit screen to entertain us.

A half-hour later, the lot was filled up. You had to order concessions online beforehand, so this is also the time when staff walked around and delivered what you ordered.

Cars were able to pull up to a space or back in and open their tailgate to watch. You just had to stay in your cars at all times, unless to use the bathroom (in which case, you needed to wear a mask).

The movie started around 8:45 p.m. and you had to tune your radio to a specific station to hear the movie’s audio.

Inside the car we had the kids sit in the front, and my brother and I were in the back. As we’ve seen this movie a zillion times, we wanted to make sure they had the best seats.

A good reminder if you bring your family that some seats may have better views than others.

Keep in mind that because cars need to be turned off, it can get hot inside your vehicle. We brought a fan to keep cool.

The picture quality was great. I was really impressed by the setup.

And by the end, the kids were completely sucked into the movie. They can’t wait to go back to the drive-in (and now they want to see “The Karate Kid Part II”).

Until movie theaters reopen, drive-ins are the perfect summer activity.

If there’s a drive-in theater or pop-up drive-in near you, it’s definitely worth checking out. Most theaters have their own schedules and allow families to purchase tickets and concessions ahead of time.

Just make sure to read the guidelines carefully. At the Cranford Theater Drive-In, there are no refunds unless the showing is rained out, you have to wear a mask if you leave your car, cars must be turned off (so bring a battery-powered fan), and there’s no sitting outside your car.

Government data is getting worse. That's a catastrophe.

Wed Jul 15 , 2020
Hello, everyone! Welcome to the new edition of Insider Today. Please sign up here. QUOTE OF THE DAY “Find Something New” — Ivanka Trump, rolling out the new Trump administration ad campaign aimed at the 33 million Americans put out of work by the pandemic. WHAT’S HAPPENING FILE – In this […] 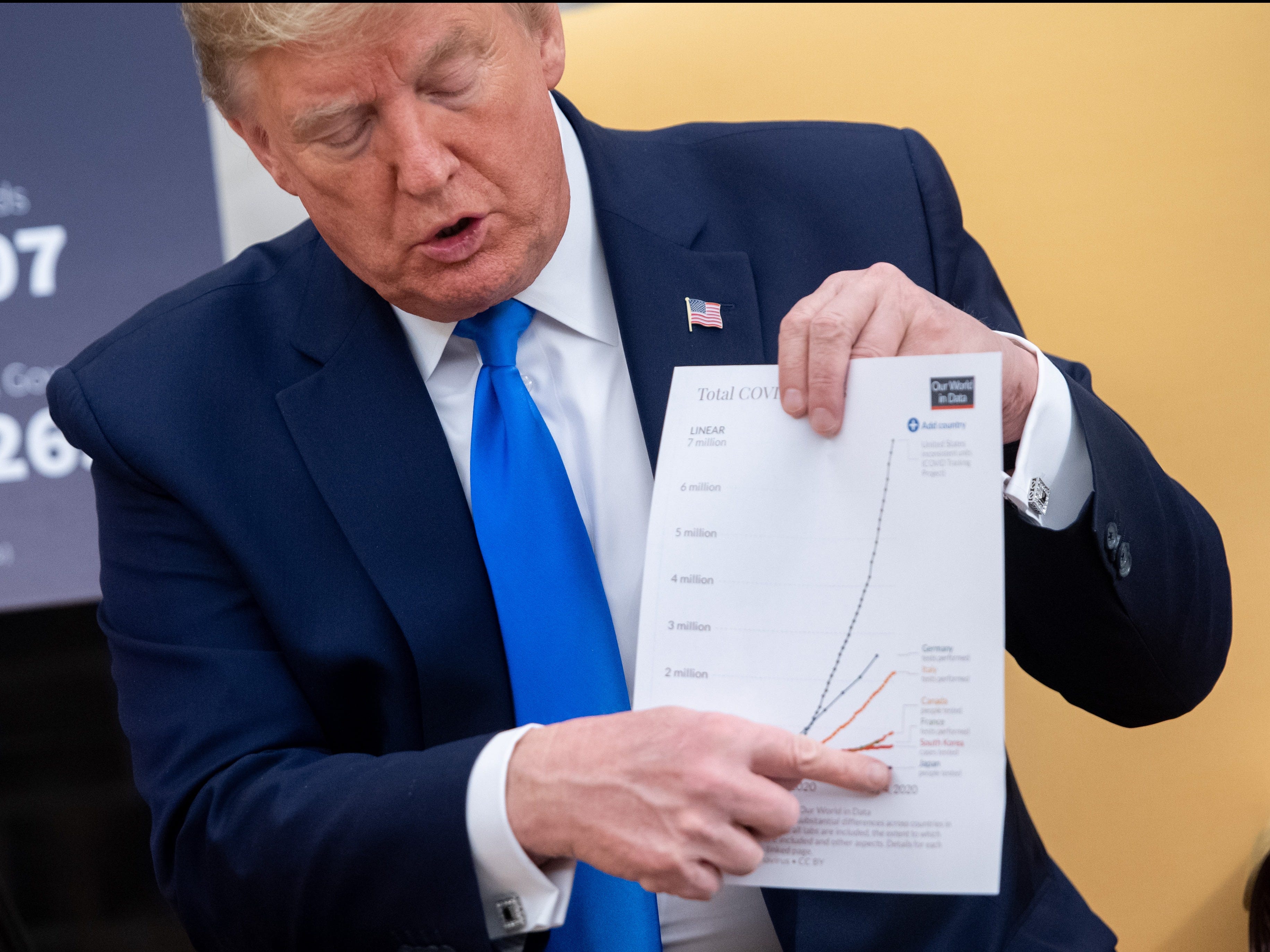