As the coronavirus pandemic surged across Europe, so did the use of face masks as a means to prevent the virus’s spread. In Spain, public authorities have distributed millions of masks to commuters on public transportation. They are now commonplace in Germany, as well, available in local shops and vending […]

As the coronavirus pandemic surged across Europe, so did the use of face masks as a means to prevent the virus’s spread.

In Spain, public authorities have distributed millions of masks to commuters on public transportation. They are now commonplace in Germany, as well, available in local shops and vending machines in Berlin. In France, which made masks mandatory in schools, shops, and on public transportation in May, President Emmanuel Macron has drawn plaudits for showing that wearing a mask doesn’t mean sacrificing style in the name of public health.

All of this has been fairly uncontroversial. Face mask usage in France has jumped to 79%, according to a June YouGov poll, while in Spain it’s as high as 86%, and in Italy it’s 85%.

Not so in the United States, however, where face masks have starred at the center of a partisan and highly charged culture war.

I don’t think anything I’ve seen so perfectly captures why there’s no way the US is going to be getting on top of COVID-19 pandemic anytime soon. pic.twitter.com/Sa0WNYyYs6

On social media, videos have shown customers at places like Trader Joe’s and Starbucks screaming and abusing staff members after being asked to wear masks. In Denver, outraged customers have reportedly coughed and spat on employees of a local ice cream shop, while in Los Angeles, a taco shop closed its locations on Sunday, citing “constant conflicts over guests refusing to wear masks.”

In April, a security guard at a Family Dollar store in Michigan was fatally shot after refusing to allow a customer to enter the store because she wouldn’t follow the state’s guidance on wearing a face mask in public.

Republican politicians — particularly President Donald Trump — have framed the wearing of face masks as an issue of individual liberty and political identity.

“I just don’t want to wear one myself,” Trump said in April, after the Centers for Disease Control and Prevention issued new guidance recommending the use of face coverings. “I think wearing a face mask as I greet presidents, prime ministers, dictators, kings, queens, I don’t know, somehow I don’t see it for myself.”

Trump, however, need only have looked to Europe and around the world to see that among global leaders, he was in the minority.

Trump has mocked his Democratic rival Joe Biden for wearing a face mask, and in an interview with The Wall Street Journal last month, he suggested that Americans were wearing masks not as a safety measure to protect against coronavirus, but in order to signal their political opposition to him.

Biden, for his part, has called Trump an “absolute fool” for not wearing a face mask at public events, and said his lack of leadership on the issue is “costing people’s lives.”

The political debate is taking place at the state level as well. “The ones that don’t want to wear a mask should have every right not to wear one if they don’t feel like they want to wear one,” Missouri Gov. Mike Parson (R) said on Wednesday.

In North Carolina, where the Democratic governor required the use of face masks last week, crowds of maskless protesters have gathered at the state legislature to decry the “tyranny” of the mask mandate. Several sheriffs in the state said they wouldn’t enforce the requirement, and Republicans in the legislature have even worked to make wearing a mask illegal.

All of this has contributed to a significant divide between how Democrats and Republicans view the use of face masks. According to a recent Axios poll, the partisan gap on masks has widened, with 65% of Democrats now saying that they wear a mask all the time when in public, but only 35% of Republicans saying they do so.

While the science surrounding the use of face masks is still evolving, there is a growing consensus that wearing them can help prevent people from spreading the coronavirus to others. The CDC recommended the use of face coverings in April, and the World Health Organization advised people at the beginning of June to wear masks in public whenever social distancing isn’t possible.

On Tuesday, top infectious disease expert Anthony Fauci told a Senate committee that “we recommend masks for everyone” and “masks are extremely important.”

As the number of coronavirus cases has spiked in many parts of the U.S., several top Republicans have begun to lament the fact that the GOP has demonized face masks, and have urged Trump to start wearing one.

Florida, which reported more than 6,500 new coronavirus cases on Wednesday, is one of the epicenters of the pandemic in the United States.

“We must have no stigma, none, about wearing masks when we leave our homes and come near other people,” Senate Majority Leader Mitch McConnell said on Monday. “Wearing simple face coverings is not about protecting ourselves, it is about protecting everyone we encounter.”

“Unfortunately, this simple, lifesaving practice has become part of a political debate that says: If you’re for Trump, you don’t wear a mask. If you’re against Trump, you do,” Senator Lamar Alexander of Tennessee said on Tuesday.

On Wednesday, the number of coronavirus cases in the United States rose by 50,000, its biggest single-day spike so far. In Senate testimony this week, Anthony Fauci said that the number of daily cases could soon reach 100,000 if states don’t take stronger action to combat its spread.

The staggering numbers, alongside the criticism from top Republicans, may have finally gotten to Trump.

“I’m all for masks,” the president said in an interview with Fox Business on Wednesday. He said that he didn’t think masks should be mandatory, but that he had “no problem” with people wearing them. “If people feel good about it, they should do it,” he said.

Asked whether he would wear one, he said that he would. “If I were in a tight situation with people I would, absolutely.”

In the same interview, however, Trump reiterated his belief that the coronavirus will simply “disappear.”

On Friday, the president is scheduled to appear at an Independence Day celebration at Mount Rushmore in South Dakota. Thousands of spectators are expected to attend, and the event will feature a military flyover and fireworks — despite the risk of wildfires.

Face masks are not required.

The Psychology Behind Why Some People Refuse To Wear Face Masks

Their Loved Ones Died From Coronavirus. Here’s What They Want You To Know.

Thu Jul 2 , 2020
For Jason Brown, the last figure skating season began and ended with some unexpected challenges. On Aug. 22, 2019, the day he arrived for U.S. Figure Skating’s pre-season Champs Camp in Irvine, Calif., Brown was a backseat passenger in a vehicle involved in an accident. He sustained a concussion that […] 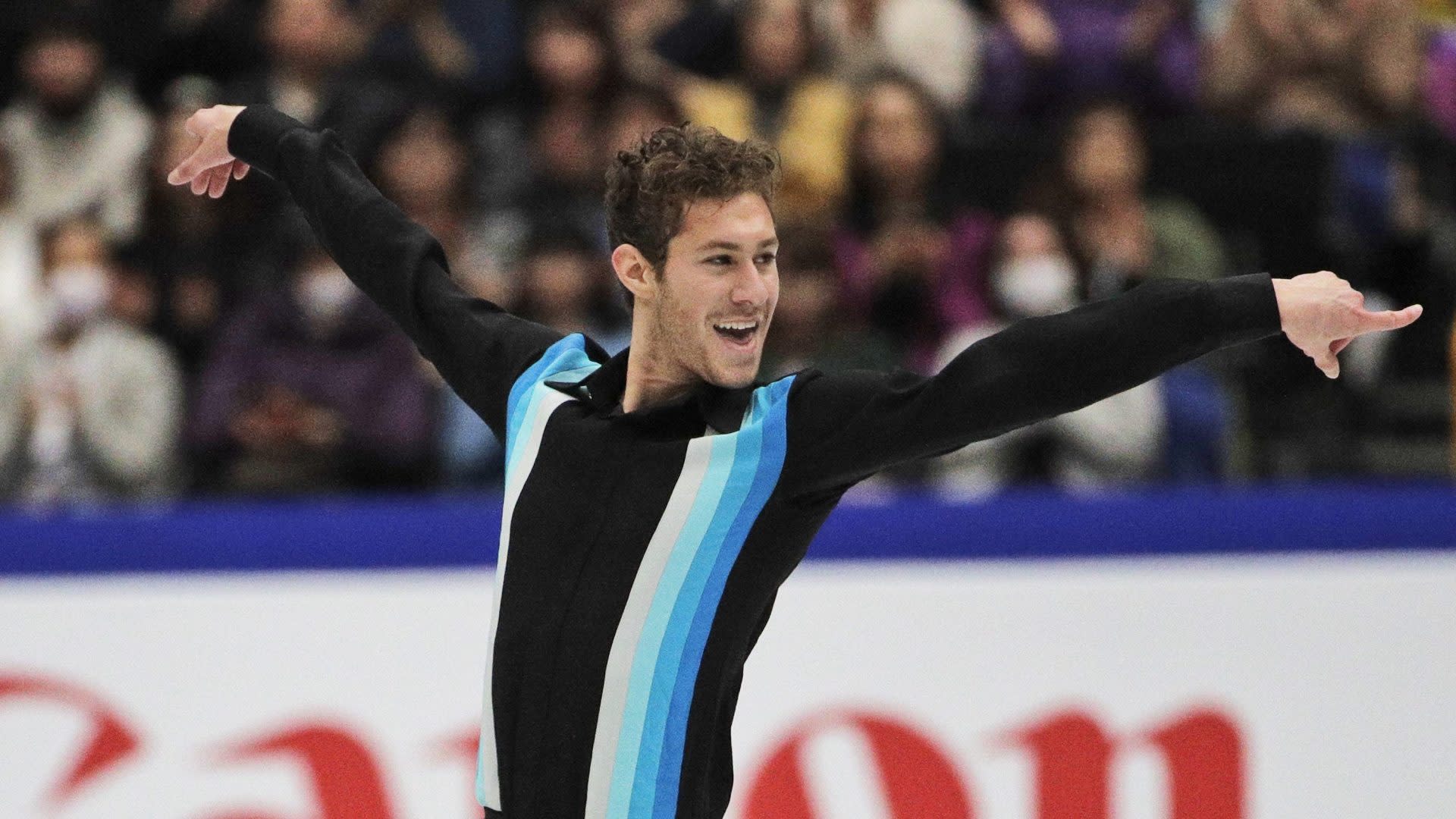