Hello, everyone! Welcome to the new edition of Insider Today. Please sign up here. QUOTE OF THE DAY “Find Something New” — Ivanka Trump, rolling out the new Trump administration ad campaign aimed at the 33 million Americans put out of work by the pandemic. WHAT’S HAPPENING FILE – In this […]

Hello, everyone! Welcome to the new edition of Insider Today. Please sign up here.

QUOTE OF THE DAY

“Find Something New” — Ivanka Trump, rolling out the new Trump administration ad campaign aimed at the 33 million Americans put out of work by the pandemic.

Moderna reported excellent results from its initial vaccine trial. It produced a “robust” immune response in all 45 patients, according to a study in the New England Journal of Medicine. Stocks are surging.

Walmart is requiring shoppers to wear face masks in all 5,000 stores.

Jeff Sessions lost the Alabama senate primary to former football coach Tommy Tuberville. Trump had endorsed Tuberville to spite his former Attorney General Sessions, whom he blamed for the Mueller investigation. The loss probably ends Sessions’ political career. A GOP strategist told the New York Times, Trump’s endorsement decided the election. “If it had been Donald Trump saying, ‘Go write in Mickey Mouse,’ 50% of them would have gone to write in Mickey Mouse.”

Ruth Bader Ginsburg has been hospitalized with an infection. The 87-year-old Supreme Court Justice is receiving antibiotics after a procedure to clean out a bile duct stent. In recent years, she’s been treated for cancer four times, fallen and broken her ribs, and suffered from a gallbladder condition.

VIEWS OF THE DAY

Government data is getting worse.

Good government depends on good data. Only governments have the breadth and power to gather most data, and the best governments hire people to analyze it, make sense of it, share it, and set policy from it. In a data-driven economy, this function is more important than it’s ever been, which is why two pieces of news are so disturbing.

First, the Trump administration has ordered hospitals to stop reporting COVID numbers to the CDC, and instead send the data directly to the Department of Health and Human Services. The administration paints this as efficiency — the CDC is clunky and slow — but it serves to remove data from public view, since the HHS database is less transparent. Researchers and scientists rely on the CDC database to make decisions and track the pandemic, and they’ll now be at the whim of a Trump HHS that has a history of withholding and manipulating data.

Second, a Washington Post survey of PPP small business loan data found them riddled with errors about how many jobs the loans protected. The Small Business Administration, which administers PPP, credited tiny companies with protecting hundreds of jobs. It’s not clear whether SBA or the banks or the loan applicants themselves introduced the errors, but they do now cast doubt on the administration’s claim that PPP protected 51 million jobs.

The Trump White House has undermined government data for years, through intent and incompetence. The administration has not yet twisted the highest profile government economic data, perhaps knowing that Wall Street and American business would revolt. But everywhere else, data quackery is rampant.

EPA has repeatedly cooked data — minimizing the health costs of pollution, exaggerating the danger of smaller cars, wishing climate change away. Education data is suspect. Immigration and asylum numbers have been warped. Even weather data! Remember how Trump doctored the map of Hurricane Dorian, a change which could have cost lives and did cause a massive uproar for government meteorologists

Their work ignored or distorted, data scientists have fled the federal government in droves. They’ve also been driven out. The Department of Agriculture moved two research offices from the DC area to Missouri on short notice, partly to sideline climate scientists.

Data collection and analysis is a muscle the US government has built over generations, and one that has made the nation stronger and richer. The decline in data quality, the loss of government data scientists, and the weakening of public trust in government data will make us poorer and weaker, and can’t be repaired quickly. — DP

The Trumps don’t know how to do anything

Tuesday was a banner day for the Trump sales team. Ivanka Trump got to casually pose with a can of beans that offends Latinos, and President Trump spent an hour of what was supposed to be a speech about the US about China’s Hong Kong national security law in rally mode, making his pitch for himself and against Joe Biden.

It was another exhausting reminder that the Trumps are not “doers,” they are “seemers.” They are more concerned with the appearance of a thing than what it actually is.

Trump learned this early in his career, even before The Apprentice, a show where he play-acted being a billionaire real estate mogul. Back in the 1980s he reportedly used to pump and dump stocks by pretending he was going to acquire a company, buying up its shares, and then selling before the market figured out he was lying. When he was building casinos in Atlantic City, Trump hired bulldozers to dig holes around his lots to make it look like there was a bunch activity, even though he didn’t actually have a project going.

“What the bulldozers and dump trucks did wasn’t important, I said, so long as they did a lot of it,” Trump said in his book “The Art of the Deal.”

Of course, now what Trump does matters very much. But it doesn’t seem like he ever learned how to do anything. In Tuesday’s speech in the Rose Garden he spent less than a minute talking about Hong Kong — about how the global financial center would never be the same now that the Chinese Communist Party has stolen its civil rights decades before it was to take full possession of the territory. He glossed over what a momentous and terrifying moment this is for the free world, and how Congress unanimously passed legislation placing sanctions on those who repress Hong Kong.

Instead we got an hour long campaign speech complete with shout outs to Hunter Biden. Of the major networks only Fox News aired the President’s speech — held in the middle of a global pandemic — in full. There was no substance.

Hours before her father’s speech, Ivanka launched a new jobs initiative called “Find Something New,” where she told laid off workers to try a new trade as their jobs are unlikely to come back. Never mind that in 2016 her father ran on bringing lost jobs back to America. And, of course, never mind that for the job market to come back her father would have to actually do the work of controlling the coronavirus.

Later that night Ivanka  tweeted out a picture of herself posing with a can of Goya beans. It seemed like an attempt to support Goya’s CEO after he praised Trump’s presidency and enraged his Latin American customer base.

That is to say, Ivanka is as good at seeming as her father. It’s all either of them know. And now both of them are the flailing balloon men outside of the used car lot that is our great nation. Everything must go. — LL

Bari Weiss’ allegations of workplace harassment at The New York Times are worth serious consideration, no matter what you think of her work.

I wouldn’t blame anyone for having “cancel culture” fatigue or an indifference to the internal tribulations of legacy media outlets. But Bari Weiss’s scathing resignation letter raised an issue that goes beyond “the discourse.”

The opinion editor and writer accused unnamed colleagues at the Gray Lady of “constant bullying” and intimidation which she likened to “unlawful discrimination, hostile work environment, and constructive discharge.”

She claimed to have been publicly maligned for “writing about the Jews again,” that she had been “openly demeaned on company-wide Slack channels where masthead editors regularly weigh in” and where ax emojis were posted next to her name, and that some colleagues insisted she be “rooted out” out of the company.

These allegations, if true, are nothing short of coordinated intimidation and harassment.

Personally, I don’t have a problem with Times employees openly criticizing Weiss’ — or any colleague’s — work in a public forum such as Twitter or a private one like Slack. That’s within the parameters of the “marketplace of ideas,” and part of the “open debate” championed by Weiss and other co-signers of the so-called “Harper’s letter.”

What’s unacceptable in a professional environment where criticism devolves into personal attacks, high school bullying pile-ons, and other behavior that would never be tolerated if it were directed at a less “controversial” employee. That’s when it becomes less about “free speech” and more about “workplace safety.”

Unpopular employees exist in every workplace. If they are abusive or otherwise violating company policy, they can be terminated.

But you don’t have to like Weiss’ work, you can even despise it, to come to the conclusion that employees who express unpopular opinions — as part of their job —  have the same rights to be free from harassment as any other worker. — AF

The Great Lakes are hotter than they’ve ever been.

Thanks to the heat wave, Lake Michigan water has topped 75 degrees — 11 degrees above average — and Lake Erie is at 80, temperatures they have never reached this early in the summer before, and in some cases have never reached at all.

Not that any of us want to hear it, but this dismally reminds us that once we get through COVID, we’re still facing a global climate crisis that’s vastly more deadly, complicated, and politically divisive than the pandemic is. Yesterday, Joe Biden rolled out his $2 trillion climate action plan. And today, the Trump administration is announcing a reinterpretation that significantly weakens one of the most powerful conservation laws. — DP

Global consumer confidence dropped by a record amount in the second quarter. The pandemic sent the measure down from 106 to 92.

The 16 most important people shaping tech policy in DC. From Facebook and Amazon’s top lobbyists to Sen. Josh Hawley.

A bear walks into a house…. Not a joke. A Colorado black bear opened the front door, walked in, and attacked the owner, lightly injuring him. Wildlife officials tracked and killed the bear.

ViacomCBS drops Nick Cannon for anti-Semitism. Cannon made some weird anti-Semitic comments — he mentioned Rothschilds — on his podcast.

Ivanka Trump’s picture with a can of Goya beans may violate government ethics rules. Government employees aren’t permitted to endorse products. She was responding to the boycott of Goya inspired by its CEO praising President Trump.

Airbnb slammed for encouraging former guests to donate to hosts. The “kindness cards” are supposed to raise money for pandemic-hit hosts, but guests are wondering why they’re being asked to bail out Airbnb landlords.

Meghan and Harry wouldn’t have spoken up for Black Lives Matter if they were still royal. They’ve been praising the movement in a series of video calls.

*The most popular stories on Insider today.

Wed Jul 15 , 2020
TikTok is one of the hottest apps on the planet among teens and social media addicts. But the app, owned by China’s ByteDance, is under ever-increasing scrutiny from U.S. government officials, including President Trump and Secretary of State Mike Pompeo, who are threatening to ban it, claiming the app is […] 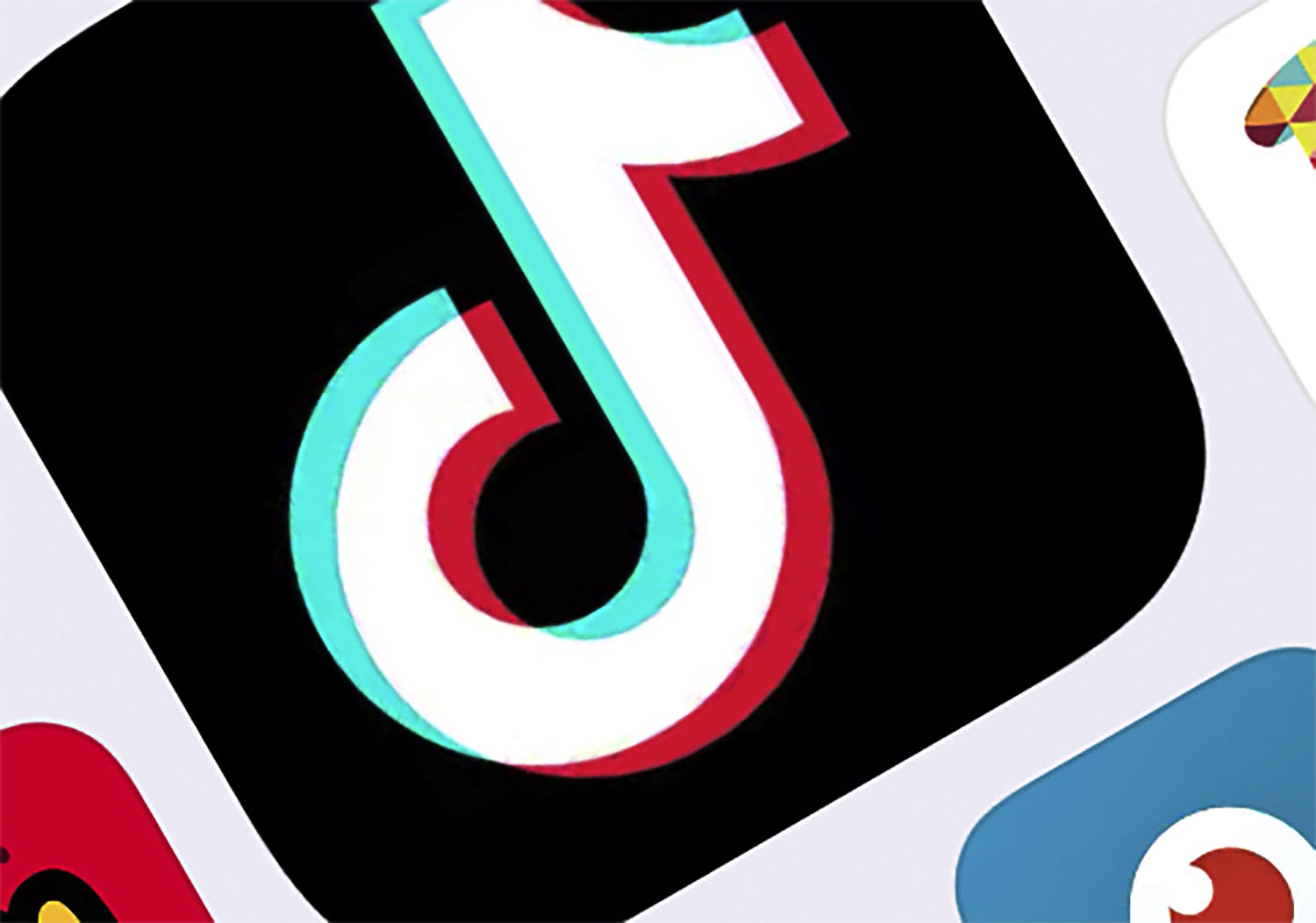