Fort Worth Mayor Betsy Price. David Kent/AP Photo Tarrant County in Texas recorded its highest single-day increase in new coronavirus cases on Thursday: 857. That’s where Fort Worth is located, but Betsy Price, the city’s Republican mayor, believes that the pandemic was “an unknown for everyone,” which made it impossible […]

In Texas this week, teachers wrote wills, terrified by the prospect of conducting in-person classes and risking their health and that of their students. A 24-year-old ICU nurse was hospitalized with coronavirus symptoms that would’ve led to her intubation had she waited any longer. New daily cases jumped to a record high of 10,791 on Wednesday.

But Fort Worth Mayor Betsy Price was unflappable: “It just is what it is,” she told Business Insider.

“The virus has been a big surprise,” Price, a Republican, said, arguing that it’s not fair to criticize the federal government’s response to the pandemic or Gov. Greg Abbott’s decision to reopen the state on May 1, even though experts have said it was premature and triggered a public-health crisis.

Texas has reported more than 291,200 coronavirus cases — the fourth-highest caseload in the United States — and 3,500 deaths as of Thursday, according to Johns Hopkins University.

Tarrant County, where Fort Worth is located, has confirmed over 19,800 cases and at least 277 deaths, according to county health data. Thursday’s 857 new infections marked the area’s highest single-day jump.

Price doesn’t believe that the outbreak in Texas is a result of mistakes — it just wasn’t possible to be fully prepared for the way the virus upended millions of lives, she said.

“This pandemic is not like anything anybody’s ever dealt with,” Price added. “It’s been the most fluid operation that we’ve ever had to deal with. Nobody’s ever had a full shut down of the economy before. It seems like every day there’s something new that surprises you.”

Abbott and President Donald Trump, Price said, made decisions based on the advice of medical experts while also trying to protect the economy.

“There’s a very fine line between totally shutting down the economy, which we did in Texas for six or eight weeks, and keeping it shut down so long that you can’t climb out of that hole,” she said. “This has been an unknown for everyone and I think they managed it as well as humanly possible.”

‘Quarantine fatigue’ around Memorial Day led to an uptick in cases

Fort Worth hasn’t been as severely impacted by the pandemic as other Texas cities like Houston, San Antonio, and Dallas, Price said, because it’s less dense. But the area wasn’t spared from the statewide spike in new cases after Memorial Day. Price attributed that to an increase in community spread over the holiday weekend and what she referred to as “quarantine fatigue.”

Tarrant County’s daily infection numbers began rising about two weeks later — about the lag time experts expect since the average incubation period of the virus is five days, and symptoms worsen over a week or two. Numbers also lag because it often takes a few days for results to come back, which must then be reported to local and state health authorities. If someone is hospitalized, it may take many more days before they get dangerously sick or die.

This Sunday, Fort Worth will host thousands of NASCAR fans for the O’Reilly Auto Parts 500. Attendees are encouraged to wear face masks, answer a health questionnaire, have their temperatures checked, and stay at least 6 feet away from others not in their group.

Purchasing a ticket or attending the event involves an assumption of risk, according to the Texas Motor Speedway website. “Although preventative measures set forth by the facility are intended to help reduce the spread of COVID-19, we cannot guarantee you will not be exposed during your visit,” the online waiver says.

As is similar in other regions of Texas, young people from 25 to 44 comprise 40% of Tarrant County’s cases.

Data last updated on Wednesday shows that 29% of the county’s hospital beds are unoccupied and 60% of ventilators are available. Coronavirus patients make up around 16% of the area’s hospitalized patients.

By and large, Fort Worth residents are following the “Y’all wear a mask” mandate, Price said, and some businesses are voluntarily staying closed. But hospital executives in Tarrant County say that local doctors and nurses are fatigued.

“Morale goes up and down … but they’re handling it well,” she said. “It’s like one nurse said to me, ‘This is part of what we do. It’s just more intense right now.'”

Asked what keeps her up at night, Price replied: “Getting our kids back in school.”

In a tweet on July 8, Trump railed against continued school closures — “May cut off funding if not open!” he threatened. However, school districts in Texas will not lose state funding if they remain shut in the fall and stick with online classes if local health officials order it, the Texas Tribune reported on Wednesday.

“I think it’s critical that we reopen our schools, particularly in our lower-income areas where parents have to be at work and are struggling to teach their kids at home,” Price said. “That’s our future workforce and we can’t afford to lose them.”

Thu Jul 16 , 2020
CHEROKEE COUNTY, GA — Following several online rumors regarding the Cherokee County School System, the district has set up an online fact versus fiction web page. “In these times of ‘fake news’ circulated on social media and ‘unofficial’ social media groups, this new web page is a place where you […] 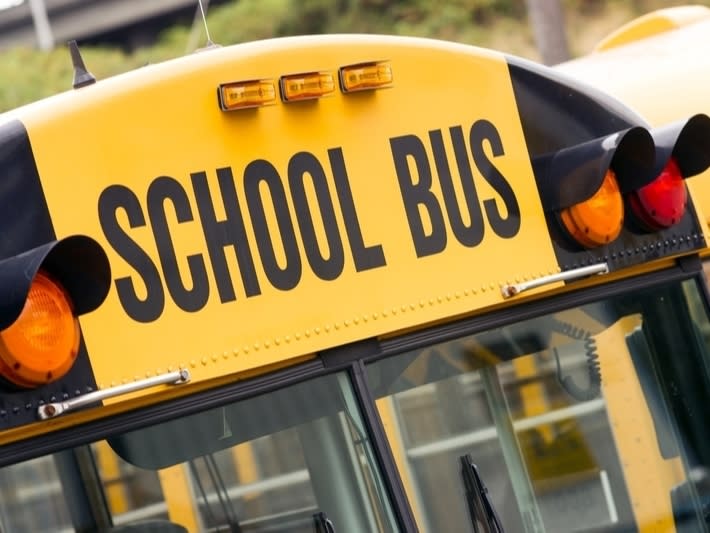