Consumer Reports has no financial relationship with advertisers on this site. Ford has drawn inspiration from its past as it looks to the future with the all-new electric Mustang Mach-E SUV. There have been many iterations of the Mustang through the decades, from convertibles to high-performance Shelby-badged coupes, but this […]

Consumer Reports has no financial relationship with advertisers on this site.

Ford has drawn inspiration from its past as it looks to the future with the all-new electric Mustang Mach-E SUV.

There have been many iterations of the Mustang through the decades, from convertibles to high-performance Shelby-badged coupes, but this model represents many firsts for the famous moniker.

The Mach-E has four doors; it’s an SUV, and it has an electric powertrain. There also has never been two distinct vehicles with the Mustang name sold at the same time.

To be sure, the Mach-E has familiar Mustang design cues, but it’s really an entirely new concept. It has been designed to be an electric alternative for Mustang enthusiasts as well as Tesla intenders. Of course, what it doesn’t have is a V8 rumble. Instead, this electric model runs quiet and quick, based on video shown during the model’s online unveiling.

Ford plans to have the Mach-E in dealerships in late 2020, with the higher performance Mach-E GT following in spring 2021. Ford has opened online ordering. The First Edition starts at $59,300.

Here’s what we know so far.

Despite being an early innovator with electric and hybrid cars, Ford has trailed the more aggressive moves by rival automakers in recent years. The Mach-E signals an electric revival at Ford, leading the charge in the company’s pledge to shift toward more electric models in coming decades. We expect to see an electric F-150, thanks to a partnership with Rivian, in the not-too-distant future. And there has been rumor of an electric Mustang coupe coming down the road.

Kicking off this era with an SUV is smart, because the market is clearly shifting in that direction. The Mach-E promises exhilarating performance, something that is essential to carry the Mustang name. Further, rapid acceleration has become de rigueur because of Tesla.

The Mach-E promises to deliver on several key points that have defined the latest electric cars: performance, range, and high-tech. But not in every version. Prospective shoppers would do well to look beyond the marketing sound bites, because the base version has a rather humble range and modest horsepower.

We look forward to seeing how well the Mach-E works as an SUV, with passenger comfort and cargo space. For now, it’s a hot new entry in the vibrant electric car race.

The exterior has Mustang-influenced headlights, tail lamps, and broad fenders. But it is otherwise its own machine. The pronounced tires and elevated stance make it look like an SUV rather than a road-hugging performance car.

Ford has departed from the trapezoidal grille that has distinguished its models for the last decade. Instead, most Mach-Es have a complex shape that declares: I am electric. The exception is the Mach-E GT. This performance model has a grille shape more akin to a Mustang, although if you look closely, you can see that the contrasting trapezoid is more styling element than means of routing air to the radiator.

The sloped roofline gives the vehicle a sporty appearance, although it’s certain to compromise headroom and cargo space, as we have seen with similar designs, such as with the Jaguar I-Pace.

The design of the stark interior looks like it was outsourced to Tesla; it combines minimalist design and large displays. The instrument panel is a rectangular screen that stands up from the dash.

In the center of the dashboard is a giant, 15.5-inch vertical screen that is home to the automaker’s next-generation Sync infotainment system. Most functions are accessed through this screen, and the automaker says that most operations can be done with one touch rather than digging through menus.

The Mach-E will learn from the driver’s behavior, adapting comfort, navigation, and entertainment based on experience. It uses a phone-as-key ability allowing operation from a connected phone, rather than relying on a traditional key or keyless fob. The phone can notify the Mach-E that it’s about to be driven, and the SUV will then precondition the cabin as needed by providing cooling or heating before the driver gets inside.

The SUV responds to natural language commands triggered by saying, “Okay, Ford.” This allows the driver to request route guidance, for example, without providing the street address through a series of regimented commands. This approach is spreading through the industry, and we have enjoyed it on models from BMW and Mercedes-Benz.

Under the hood, where an engine would usually be located, is a front trunk with 4.8 cubic feet of space. This is a drainable space, and Ford notes that it could be used to hold ice, say, for a tailgating party.

The Mache-E Select (aka the $45,000 base model) will be offered in rear- and all-wheel drive. It has 266 hp with an estimated range of 230 and 210 miles, respectively. Ford estimates that the rear-drive version will run 0 to 60 mph in the low 6-second range. The AWD version will do that in the mid-5-second range. This trim has up to 115-kW DC Fast Charge capability and a 75.7-kWh battery. All others have up to 150-kW capability. Ford estimates that this battery can be replenished from 10 percent to 80 percent in 38 minutes on a DC fast-charging station.

The Mach-E features three driver-selectable modes that adjust various systems, such as steering and the motors, to create different dynamic personalities: Whisper, Engine, and Unbridled.

Electric cars are bringing some of the biggest changes the auto industry has seen in years. On the “Consumer 101” TV show, Consumer Reports expert Jake Fisher explains to host Jack Rico why these vehicles might not be as newfangled as you think.

Consumer Reports is an independent, nonprofit organization that works side by side with consumers to create a fairer, safer, and healthier world. CR does not endorse products or services, and does not accept advertising. Copyright © 2020, Consumer Reports, Inc.

Social Distancing Adventures in Each of the 13 Original Colonies

Tue Jun 30 , 2020
Travel disclosure from the Centers for Disease Control and Prevention: Because travel increases your chances of getting infected and spreading COVID-19, staying home is the best way to protect yourself and others from getting sick. The coronavirus pandemic has changed travel: no more champagne on planes or karaoke on cruises, […] 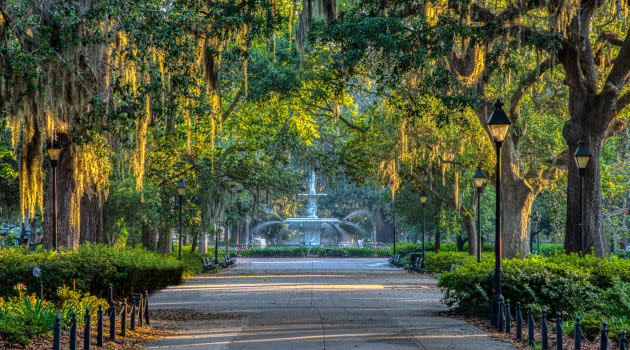