TOPEKA, Kan. (AP) — Kansas’ governor and its top public health official said Thursday that they worry that the state won’t be able to reopen its K-12 schools for the new school year in August if it doesn’t reverse a recent surge in reported coronavirus cases. Democratic Gov. Laura Kelly […]

TOPEKA, Kan. (AP) — Kansas’ governor and its top public health official said Thursday that they worry that the state won’t be able to reopen its K-12 schools for the new school year in August if it doesn’t reverse a recent surge in reported coronavirus cases.

Democratic Gov. Laura Kelly told legislative leaders that a desire to reopen schools is a key reason for her executive order requiring Kansas residents to wear masks in public and their workplaces. The order takes effect at 12:01 a.m. Friday, with a fine of up to $2,500 possible for violators.

“The trend is going in the wrong direction,” Kelly said during a meeting to review her order. “If we continue that way, we will not be able to open our schools for in-classroom learning in the fall.”

Kelly and other state officials don’t expect strict enforcement with decisions about pursuing violations left up to prosecutors in each of the state’s 105 counties. Attorney General Derek Schmidt, a Republican, can pursue violations but said he will leave them to local officials.

Also, counties can opt out of the order under a new pandemic law that took effect in June and resulted from a compromise between Kelly and lawmakers.

In Sedgwick County, home to Wichita, the state’s largest city, commissioners voted 3-2 Thursday to strongly recommend that people follow Kelly’s order but not make it a mandate. Commissioner Michael O’Donnell, a Republican, compared a mandate to required dress codes for women in “Middle Eastern countries.”

The governor and Dr. Lee Norman, her health secretary, said the goal is to increase people’s use of masks to control the novel coronavirus’ spread. Norman told legislative leaders that Kansas could prevent more than 11,500 new coronavirus cases between now and Oct. 1 with a mask mandate.

“The last thing that we want is to open the schools and hundreds of kids get sick and the schools would have to close,” said House Minority Leader Tom Sawyer, a Wichita Democrat. “We have to get this under control before schools open.”

Kelly’s order doesn’t apply to the Legislature’s meetings or to the courts, but the Kansas Supreme Court on Thursday ordered masks to be worn in judicial proceedings.

The governor lifted statewide restrictions on businesses and public gatherings and allowed counties to set their own rules on May 26 after weeks of complaints from GOP lawmakers that she was moving too slowly to reopen the economy.

And conservative Republican legislative leaders said her mask order violates personal liberties and creates confusion about what activities were allowed without masks. Kelly’s chief lawyer acknowledged that maskless baseball games are likely to be allowed while pickup basketball games might require face coverings.

“They’re very resentful of a mandate that comes down with an iron fist,” Wagle said.

The state had slashed revenue projections in April to account for the economic slump that followed the shuttering of businesses, leaving a projected shortfall in the current budget.

Kansas has reported nearly 15,000 confirmed cases of the novel coronavirus since the pandemic started in early March and 272 COVID-19-related deaths as of Wednesday.

Since Kelly lifted statewide restrictions on businesses and public gatherings immediately after Memorial Day, Kansas has had 5,653 new confirmed COVID-19 cases, a 61% increase, and 84 additional deaths — a 45% jump.

Shawnee County commissioners voted 3-0 to delay restricting bars to operating seven hours a day and closing at 10 p.m., until Tuesday, The Topeka Capital-Journal reported. The county health officer had ordered the restrictions to start Thursday.

Norman said if the growth in Kansas coronavirus cases doesn’t start to decline this month, reopening schools won’t be safe. Kelly closed all of the state’s K-12 buildings in March, moving the state’s 519,000 public school students largely to online learning.

The governor’s latest order says Kansas residents must wear masks in indoor public spaces, while seeking health care or using public transportation. It also says people must wear them outdoors in public when they can’t remain at least 6 feet (1.8 meters) from others.

Businesses must require employees to wear masks in places frequented by the public or if they prepare food.

The requirement would not apply to children under 6, the deaf, or people with medical conditions that make breathing through a mask difficult or who can’t remove a mask without assistance.

Move to rename 'Bloody Sunday' bridge has critics in Selma

Fri Jul 3 , 2020
SELMA, Ala. (AP) — Thousands gathered in this river city in 1940 to dedicate a new bridge in honor of white supremacist Edmund Pettus, a Confederate general and reputed Ku Klux Klan leader. Just 25 years later, the bridge became a global landmark when civil rights marchers were beaten at […] 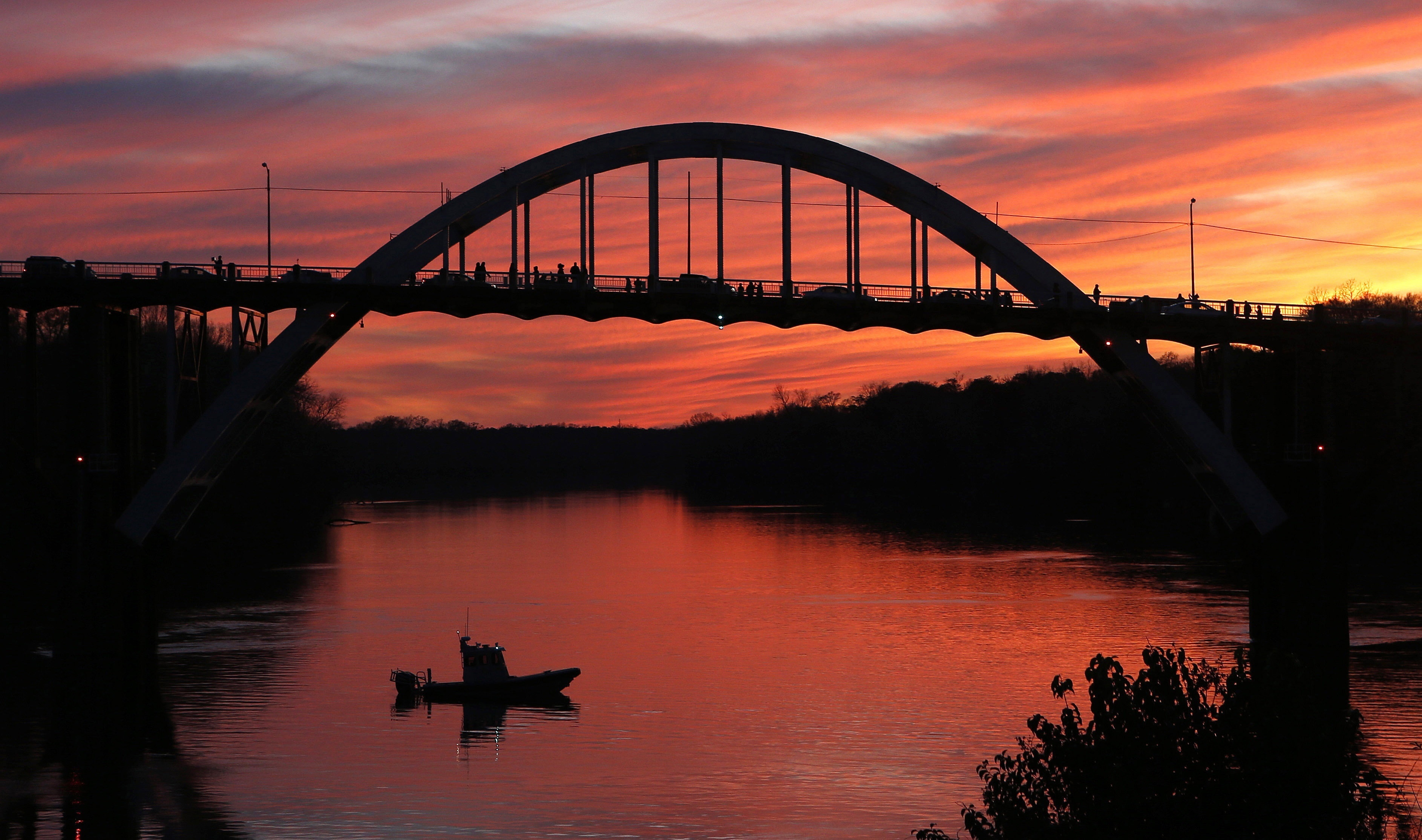