From Road & Track Some people consider the E46-generation BMW M3 the greatest M car ever built. Its stylish, understated looks, combined with a world-class straight-six engine and expertly tuned chassis dynamics, make it a true joy to drive. Despite the car’s rising status as a collector’s item, prices have […]

Some people consider the E46-generation BMW M3 the greatest M car ever built. Its stylish, understated looks, combined with a world-class straight-six engine and expertly tuned chassis dynamics, make it a true joy to drive. Despite the car’s rising status as a collector’s item, prices have remained reasonable over the years, meaning pretty much anyone can own one.

Thinking about picking up an E46 M3 of your own? Great choice. Here’s how to get a good one.

The Making of a Legend

The E46 M3 was first shown to the public as a concept at the 1999 Frankfurt Auto Show in Germany, before making its debut as a production vehicle at Geneva the following March. Based on the standard 3-Series, it was longer, wider, heavier, and more powerful than its predecessor, the E36. In our initial 2001 test, we were able to clock a 0-60 time of just 4.7 seconds, and a quarter-mile of 13.3 seconds at 106 mph—not bad for a car that’s now two decades old.

Under the hood sits one of BMW’s most iconic motors, the S54. An evolution of the Euro-model E36 M3’s S50B32 straight-six, it displaces 3.2 liters and made 333 horsepower and 262 lb-ft of torque when new. That’s thanks to things like an increased bore, new camshafts, a higher compression ratio, individual throttle bodies, and a VANOS (a German acronym for variable nockenwellen steuerung) solenoid attached to the front of the engine that uses oil pressure to adjust cam timing. There’s also a one-piece aluminum head casting to save weight and an oil scavenging pump to keep oil flowing during cornering. This motor can also be found in the Z4 M and later versions of the Z3 M.

Power is sent to the rear wheels via a six-speed Getrag 420G manual gearbox—the same unit found in the E39 M5. A year into production, BMW added the second iteration of its Sequential Manual Gearbox (SMG) as an option for those who preferred shifting with paddles. In the rear sits a purely mechanical clutch-type limited-slip differential.

Like most M-badged BMWs, the E46 M3 doesn’t actually look too different from a standard 3-Series of the era. Most of the changes are subtle, but easy to spot if you know what to look for. The fenders are almost one inch wider all around, with model-specific grilles found on both sides. There are bespoke side mirrors, wider kidney grilles, a quad-exit exhaust, and a raised “power dome” hood. Inside, the M3 got M-specific sport seats with side bolster adjustment, a three spoke steering wheel with M-colored stitching, an illuminated M-badged shift knob, M-specific gauge cluster, M3-badged door sills, and a handful of model-specific cloth and leather material.

Although the car didn’t change much visually during its production run, BMW continuously added new standard features and options to keep things fresh. Bi-Xenon headlights became available in late 2001, while an in-dash CD player was added as standard. Starting in early 2002, a front strut bar became standard equipment, and buyers could option things like 19-inch forged alloy wheels and brushed aluminum interior trim. LED taillights, a bluetooth phone interface, and two new colors were added in 2003, while the steering rack was revised in late 2004.

Also added in 2004 was an optional Competition package (known as ZCP), which added bigger front brake rotors, a shorter steering ratio, 19-inch alloy wheels, an Alcantara steering wheel, aluminum interior trim, and an M track mode setting that, when activated, raised the threshold at which the car’s stability control system would step in.

BMW offered the E46 M3 in just coupe and convertible body styles, despite one of the car’s main competitors of the time, the Audi RS4 Avant, coming in wagon-only form. An M3 Touring was, at one point, heavily considered for production by BMW, however. The company went as far as to have a single, complete, running prototype built. That prototype currently resides at the BMW museum. BMW’s decision not to put it into production hasn’t stopped people from building their own custom versions, of course.

So Which One Is Right for Me?

Which M3 suits you best will depend heavily on how much you want to spend, and how you plan to use it. Running, driving, E46s can range from around $7000 for clapped out, SMG-equipped convertibles to $50,000 for collector-grade, low-mileage, Competition pack-equipped manual coupes. The vast majority you’ll come across online will be priced between $15,000 and $30,000, depending on things like body style, transmission, mileage, and maintenance performed.

If you plan to do any serious driving, like track days or autocross events, we’d suggest eliminating the convertible variant from your search. Sure, it’s always more fun to drive with the top down, but removing the roof means less structural rigidity, and a compromised experience behind the wheel. Plus, many HPDE organizers won’t let convertibles without fixed roll bars to participate, and the E46 doesn’t have any. That being said, if you just want to cruise around in your M3 and don’t plan on pushing it on anything more than an occasional back road jaunt, feel free to keep the ‘vert in mind. Drop-top E46 M3 are generally $3000 to $4000 cheaper than coupes on the used market, too—something to consider if roping in costs is your goal.

Conversely, cars equipped with the optional SMG transmission will usually be priced $2000 to $3000 less than their manual counterparts. Many buyers prefer the traditional six-speed since the sequential unit is clunky at low to moderate speeds, unreliable, less involving, and expensive to fix. If it were us, we’d get the manual. It makes the car a better experience, no matter what you plan to use it for.

Thinking about making an E46 M3 your dedicated track or autocross machine? We’d suggest finding a manual coupe that’s had all of the common maintenance issues (addressed in the next section of this article) taken care of. The last thing you want is something expensive failing while you’re out on track. It might cost you a bit more up front, but in the long run, it’ll likely save you a lot of trouble. It also may be worth it to go one step further and find a car that’s already been prepped for the job, with things like a roll cage, aftermarket seats, a more aggressive suspension, better brakes, and stickier tires, if you really want to save some cash.

Like most German performance cars, the E46 M3 has its fair share of known issues, some more serious than others. If you’re inspecting one for sale, it’s important to know what to look for, and what sort of work has been performed before you buy.

BMW issued two engine-related recalls for the M3. The first, affecting 01-03 model-year cars, had to do with the connecting rod bearings that hold the piston rods to the crankshaft. They were incorrectly sized at the factory, leading to oiling issues which caused premature engine failure. By now, most of the cars affected have either had the recall done, or had their engines replaced, so it’s no longer as prevalent an issue as it used to be. But just to be sure, we recommend checking the VIN with your local BMW dealer to see if the car in question has had the work done. The second recall had to do with improper seals on the VANOS solenoid, and wasn’t as widespread.

The E46 3-Series suffered from a design flaw in which the mounting points for the rear subframe would crack or tear over time, causing some serious damage to the chassis if left untreated. A cracked or torn subframe mount means the subframe itself can shift while the car is on the move, making the car unpredictable to drive. The most important thing to do when buying a used M3 is get a good look at these mounting points to see if there’s any damage, or if any repairs have been done. Bring a floor jack if you have to—this could cost you thousands in repairs if you miss it.

If, for whatever reason, you’re interested in buying an M3 with the SMG transmission, know that the pump that actuates the gear changes is known to fail, and costs a lot of money to replace. Clunky gear changes are normal, but if you find on your test drive the paddles won’t respond to your commands or the transmission is shifting especially slowly, it could be in need of a replacement pump.

Other things to keep in mind? Well, like any car, as M3s accumulate miles, more “old car” problems will start to appear, like worn bushings, cracking rubber, and failing seals. It’s best to check over all of those things should you do an inspection yourself—though we’d recommend spending a few hundred bucks on a proper pre-purchase inspection using a BMW specialist shop, if you can. Also, keep in mind the S54 uses expensive 10W-60 oil, so oil changes won’t come cheap.

What About the Community?

The E46 is one of the most successful M cars of all time, with over 43,000 examples sold in the U.S. alone, according to the BMW M registry website. As such, there’s an active collection of past and present owners on call to answer pretty much any question you might have about the car, and give unique insights on what it’s like to keep an M3.

Clubs and online forums are a great way to interact, with organizations such as the BMW Car Club of America setting up meets, track day events, and group drives across the country. We recommend joining if you want the full BMW experience.

Check out the rest of our buyer’s guides right here!

Wed Aug 5 , 2020
⚡️ Read the full article on Motorious It will help headline the online auction event. Most people would feel lucky to own a Porsche 356, no matter the model, as long as it was genuine. To be honest, plenty feel fortunate to have a reproduction version. However, there’s a special […] 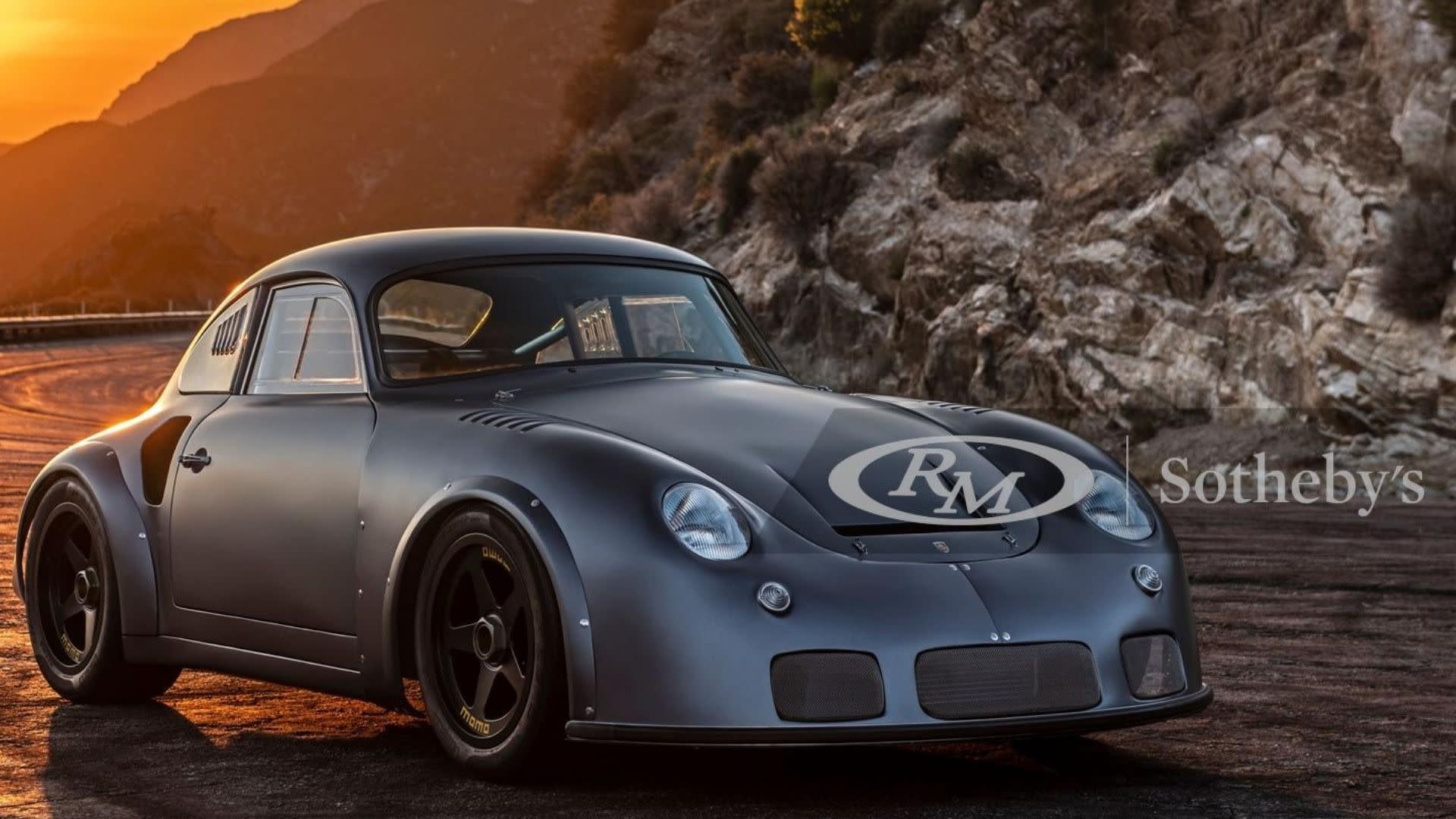