Markets elsewhere in Asia were slightly less exuberant, with the Nikkei225 slipping back from three-week highs. To that end markets here in Europe have opened lower with profit-taking kicking in ahead of the peaks that we saw in June. While optimism of a v-shaped recovery still remains quite high it […]

Markets elsewhere in Asia were slightly less exuberant, with the Nikkei225 slipping back from three-week highs.

To that end markets here in Europe have opened lower with profit-taking kicking in ahead of the peaks that we saw in June. While optimism of a v-shaped recovery still remains quite high it is being tempered by concerns about rising coronavirus cases globally, translating into a similar percentage rise in mortality rates. This doesn’t appear to be happening at the moment, however with the markets back close to their June peaks it would appear that the overriding sentiment is one of ahead of those June peaks.

These types of moves are becoming emblematic of how markets have been moving over the last month. We’ve seen sentiment ebb and flow from being quite bearish, to fairly bullish without ever breaking out of the range we’ve been in since we posted those June peaks.

The rebound in the FTSE100 on the other hand has been much more modest, as the index continues its underperformance, with the index way off its June peaks, unlike the rest of Europe where the recent rally has seen us move back close to those highs.

One retailer that has managed to ride out the worst of the coronavirus storm has been automotive parts and cycle retailer Halfords who reported their full year numbers this morning, though you wouldn’t know it given the share price reaction this morning, with the shares dropping sharply.

Classed as an essential business it largely remained open throughout the lockdown, though some stores were closed. The business benefited from a boost from higher bicycle sales as people sought to avoid public transport, and make use of the good weather to move around in a healthy way as part of their daily exercise regimen.

At the beginning of May Halfords said that full year results would be boosted by increased sales during the lockdown which would push profits up to £50m to £55m.

Today’s numbers saw revenues rise to £1.155bn, with auto centres providing an 18.8% boost. The retail part of the business saw a 2.7% decline, not surprising given lower footfall towards the end of its financial year. Underlying profit before tax came in above expectations at £55.9m, with cycling sales showing a rise of 2.3%, while gross margins improved by 27bps.

In terms of current trading 77 stores still remain closed, while group sales for the 13 weeks to 3 July were lower by -2.8%, year on year, which, while disappointing was still better than expected back in March. Cycling has been the outperformer, with sales up by 57.1% on a like for like basis, while motoring has seen revenue decline 45.4% on a like for like basis, as people use their cars less.

Management also offered some guidance, based on three separate scenarios, and it is this it would appear that is responsible for this morning’s share price weakness, as all three scenarios paint a picture of much lower profit numbers. The worst scenario saw profits falling to zero or lower, with net debt rising to £60m, while scenario three saw profits fall to between £10m and £20m and net debt coming in at mid £40m.

The reason for the lower profit estimates, was purely down to a sales mix more geared towards cycling, which is a much lower margin business and away from its auto centres business.

Another sector hit hard by the shutdowns has been the retail sector, which has already been struggling in the lead up to the crisis. The recent collapse of retail landlord Intu last month points to the vicious circle of falling sales, putting pressure on rents.

Unlike a lot of its peers JD Sports Fashion was one of the few retailers that had managed to set aside the weak retail outlook with a solid performance in 2019, sending its shares to record highs of 884p in December last year. In the space of four weeks in February and March this all changed as the shares plunged to a low of 275p before finding a base, and rebounding. We have managed to recover most of that lost ground, trading just shy of 700p, however management do face some challenges.

This year’s full year numbers for the year ended 1st February don’t cover the period of the shutdown of the UK economy, reflecting the success of last year, with revenues rising 30% to £6.11bn, helped by an increase in stores across Europe, and the Asia Pacific region, with 52 of those in Europe. Profit before tax saw a rise of 3% to £348.5m, however all of this is rear view mirror stuff, and bears no relation to the outlook now.

In March management took the decision to close all of its stores in the UK, Europe and the US, though online sales still remained open. The suspension of business rates will help cushion some of the effects of this government enforced lockdown, with management suspending future guidance until further notice. Stores have now begun to reopen, with the majority of stores now trading again, however footfall has been weak, particularly in shopping centre locations, as consumers avoid high density areas.

The company also had to take note of the recent decision by the Competition and Markets Authority to block its £86m acquisition of Footasylum, despite the brand only accounting for 5% of the retail market. Management have confirmed their intention to appeal the decision while also working with the CMA, in conducting the divestment process.

For now, the Footasylum business will continue to be run separately, however given the weak retail environment it is highly unlikely that JD Sports will be able to find a buyer for the business without taking a sizeable loss on any forced sale, assuming of course they can find a buyer for an asset, that to all intents and purposes is now worth a lot less than what was paid for it.

The hotel and leisure sector has also been hit hard by the coronavirus shutdown, and Premier Inn owner Whitbread has been at the forefront of that.

Having reported some decent full year numbers in May, the coronavirus shutdown blew a huge hole in its expectations for this year, with all but 39 of its hotels in the UK remaining closed, with the assumption that they would have fairly low occupancy until September. This looks set to change in the coming weeks as the UK gets set for a big reopen, with the company saying that 270 UK hotels and 24 restaurants have now reopened with the rest of the property real estate to set to re-open by the end of the month.

In Germany, there was also positive news with all 19 hotels there now re-opened, with most of these open since 11th May.

While the hotel chain now has the luxury of an extra £1bn from its recent rights issue, management remained cautious about the outlook for the rest of the year.

Unsurprisingly its Q1 numbers don’t paint a pretty picture, with a 79.8% decline in like for like sales, but today’s update was never about that, it was more about management expectations of demand for the months ahead at a time when Whitbread is uniquely placed to benefit for higher bookings for the summer season, even if business bookings in more metropolitan areas struggle to recover.

The tone of the statement suggests some optimism that areas that benefit from tourism should be able to cope, however with sports events still closed to the wider public, and business bookings also subdued, it is likely to be a long road back for the Premier Inn owner, and this morning’s early fall in the share price appears to reflect that early pessimism.

Fresh from yesterday’s news that Commerzbank CEO Martin Zielke was stepping down the bank, this morning the bank announced it would be shutting half of its branches in Germany, as it attempts to draw a line under a restructuring process that has endured numerous fits and starts over the past two to three years.

For the second day in a row, German economic data undershot expectation in May, even as the economy continued its reopening process. After two months of large declines industrial production rebounded by 7.8%, well below expectations of 11%, though it was still much better than the 17.9% decline seen in April. Yesterday factory orders also undershot expectations, suggesting that while the German economy was getting back on its feet, the process of doing so was proving slightly more difficult than expected.

The US dollar is outperforming today, largely as a result of the weakness in equity markets as it benefits from some haven buying.

US markets look set to take their cues from today’s weaker European session, with a lower open, as profit taking kicks in after yesterday’s exuberant move higher.

Crude oil prices are also slightly softer on the back of the weaker sentiment prevailing in early trading this morning.

On the companies front Levi Strauss will be releasing its latest Q2 numbers later today. Since the company IPO’s last year, the share price has drifted lower. The underperformance, has been particularly disappointing given that the company is actually profitable, unlike most of last year’s tech stock flotations. This quarter is likely to see the company fall into a loss due to the pandemic hit and the fact that most if its retail outlets were closed.

In Q1 the company posted revenues of $1.51bn, above expectations, which meant the company was able to pay a dividend of $0.08c a share. This week’s Q2 result is unlikely to come anywhere close to Q1’s, however managements withdrawal of guidance in Q1, means that expectations are low. On the plus side its international reach means that they will still be able to shift product, even if some markets are closed. It also has $1.8bn in liquidity which means it should be able to ride out the current uncertainty. The company is expected to post a Q2 loss of -$0.41c a share

For a look at all of today’s economic events, check out our  economic calendar.

This article was originally posted on FX Empire

Tue Jul 7 , 2020
Former Eagles defensive lineman and two-time Super Bowl champion Chris Long had a reputation during his playing days for using his voice, both online and offline, to champion causes and crack jokes, but it seems he’s nearing his limit with internet chatter. Long posted a length Instagram story on Monday […] 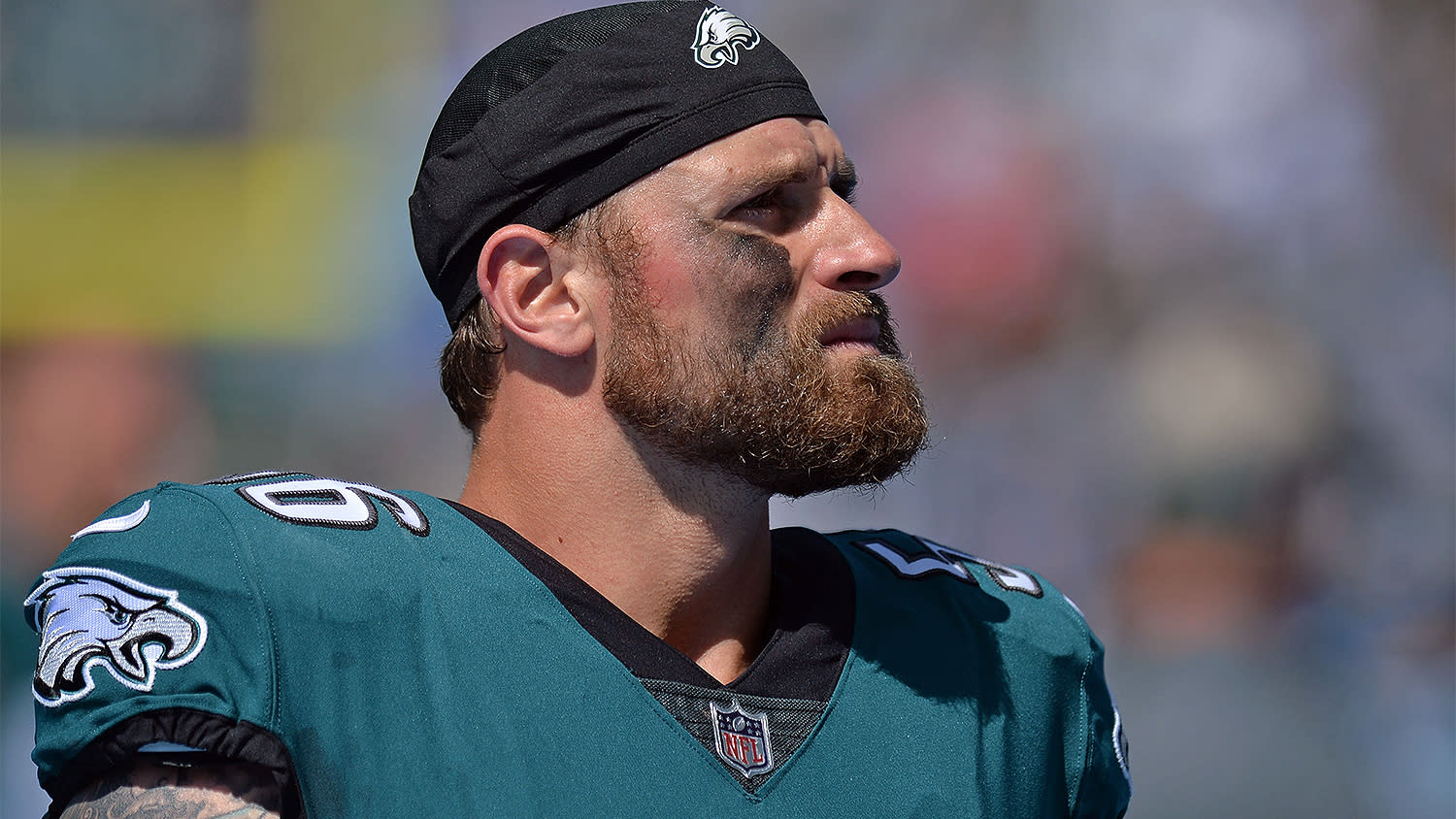