(Reuters) – Electric commercial truck maker Nikola Corp <NKLA.O> of Phoenix, Arizona, tried unsuccessfully to raise $1 billion in the private markets and only turned to a merger with a so-called blank-check company to go public as a way to raise the needed funds, its chief financial officer said.

A deal with the special purpose acquisition company, or SPAC, became a reality when it was able to arrange an additional $525 million from institutional investors like Fidelity Management & Research Company upon the closing of the $240 million acquisition, allowing Nikola to achieve its fundraising goal, he said in a telephone interview.

Nikola’s SPAC merger has been a catalyst for the industry as electric carmakers and other auto technology startups scramble to lock in the necessary funds to survive and develop their vehicles even as global demand for EVs slowly grows, according to interviews with 20 industry officials.

“When we embarked on our Series D (fundraising round) we didn’t think a year later we’d be a public company, but based on the market conditions we pivoted,” Brady said. “It worked out perfectly for us. We ended up at exactly the same place.”

Nikola previously had eyed an IPO in late 2021 or even 2022, and if not for the SPAC deal it would likely still be private and slowing product development plans to conserve cash given the freeze in the capital markets caused by the coronavirus pandemic, Brady said.

Nikola’s success – shares are up more than 320% since the deal was announced – has emboldened other startups to consider a SPAC merger to raise much-needed cash as public market investors chase Tesla-like returns. However, the trend also worries industry executives that some of these deals could fail, casting a pall over the sector.

A SPAC is a shell company that raises money through an IPO to buy an operating company, typically within two years.

SPACs TO THE RESCUE

“Some of those companies have struggled for many years and now they’re looking at SPACs as a kind of savior,” Nikola’s Brady said.

“We thought we’d do the private (financing) and then the more conventional IPO, but COVID kind of messed that up,” Burns told Reuters. “It went from super-high interest to everybody pushed the pause button.”

Without his SPAC, Burns would have had to delay plans, which include launching the electric Endurance pickup truck next year at Lordstown’s Ohio plant and following that with other trucks and SUVs.

“Ultimately, when you’re talking about billions of dollars, you have to go to the public markets,” he told Reuters last month.

Lucid, which raised $1 billion from Saudi Arabia’s Public Investment Fund in 2018 and is planning to start production of its first EV in early 2021, intends to go public eventually and doing it with a SPAC is an option, CEO Peter Rawlinson told Reuters.

Karma’s acting chief financial officer, Leo Lin, said the company’s plan has always been to go public and SPACs are one option as it seeks to raise at least $300 million. ChargePoint CEO Pasquale Romano said the company plans ultimately to go public but its fundraising allows time to weigh all options.

Another major factor is private investors get quicker access to their investments through the ability to cash out quickly with a SPAC, in some cases as fast as two or three months later, industry officials said.

Investors are also riding the momentum of the EV market, industry officials said. While EVs still make up a small percentage of auto sales globally, many are betting that will change as they enviously eye how the stock of the EV industry’s leader, Tesla <TSLA.O> has soared more than 500% over the past year.

“People are looking for the next Tesla,” said Tony Posawatz, a former GM executive who led the development of the Chevrolet Volt plug-in hybrid car and headed the former Fisker Automotive. He is now a Lucid board member.

EV companies, including Chinese newcomers Nio Inc <NIO.N> and Li Auto Inc <LI.O> are so popular with investors that some analysts are pushing No. 1 U.S. automaker General Motors Co <GM.N> to spin off its growing EV assets, an idea CEO Mary Barra has not dismissed.

Others with SPAC deals include Velodyne Lidar Inc, online used-car marketplace Shift Technologies Inc and electric truck powertrain maker Hyliion Inc, and Reuters has reported that electric bus maker Proterra Inc was in talks for such a deal.

SPACs are giving these firms access to capital faster than a typical initial public offering, especially in a sector where building a vehicle costs billions of dollars, industry officials said.

But companies better move quickly to take advantage, one SPAC executive said. “It would behoove companies to try and strike while the iron’s hot,” said the executive, who asked not to be identified. “When you have access to capital, take it.”

The private market is not totally closed for those with strong partners. Last month, EV startup Rivian, backed by Amazon.com Inc <AMZN.O> and Ford Motor Co <F.N>, raised another $2.5 billion.

Some industry officials worry easy money for less-developed startups will lead to trouble when those companies cannot deliver on their promises fast enough. Shares of Fisker Inc’s SPAC took a hit recently when the EV startup disclosed it would not close a deal by the end of July, as it had hoped, to use Volkswagen AG’s <VOWG_p.DE> EV platform for its vehicles.

“We’re sitting on what I think is a massive bubble. There’s going to be a bubble pop,” said one EV executive who has not taken the SPAC approach to fund raising and asked not to be identified. “It’s going to put a cloud over the space.”

(Reporting by Ben Klayman and Paul Lienert in Detroit and Joshua Franklin in Boston; Editing by Matthew Lewis)

Wed Aug 12 , 2020
Amy Blais, a telehealth nurse at HomeHealth Visiting Nurses in Saco, Maine. Derek Davis/Portland Press Herald via Getty Images Staying home to stay safe during the COVID-19 pandemic, patients and their doctors have embraced telemedicine. Prior to COVID-19, telehealth use was growing but represented a tiny percentage of all health […] 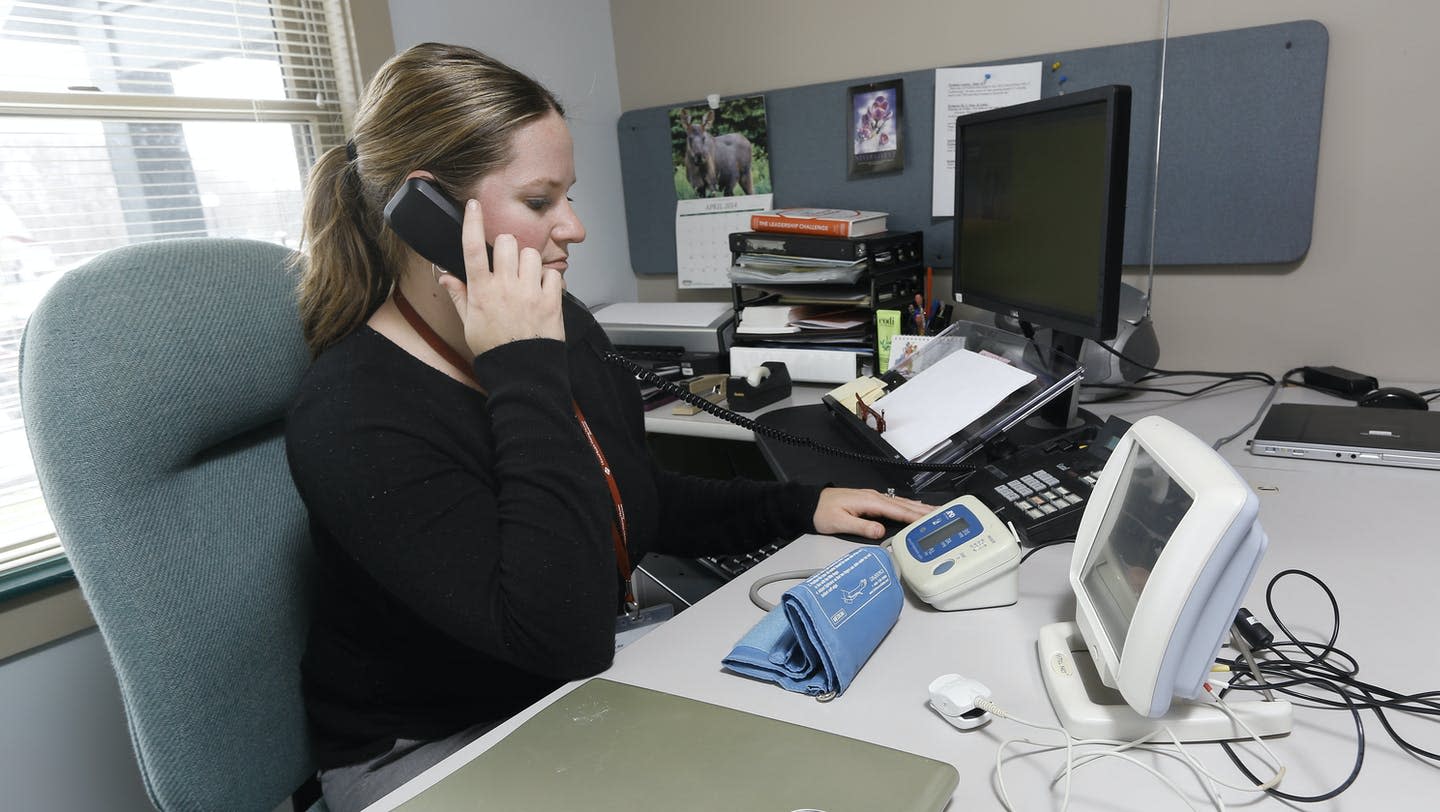