NEW YORK CITY — Mayor Bill de Blasio offered some free advice to New Yorkers concerned getting around the city after the coronavirus pandemic: “Do not buy a car.” “Cars are the past,” he said Thursday. “The future is going to be mass transit, biking, walking and there’s so many […]

NEW YORK CITY — Mayor Bill de Blasio offered some free advice to New Yorkers concerned getting around the city after the coronavirus pandemic: “Do not buy a car.”

“Cars are the past,” he said Thursday. “The future is going to be mass transit, biking, walking and there’s so many options right now.”

De Blasio’s vehicular viewpoint quickly crashed and burned online. After all, Hizzoner famously — or notoriously — rode every morning before the pandemic in a chauffeured vehicle from Gracie Mansion to his beloved Park Slope YMCA.

The pandemic prompted him to switch over to regular 10-mile one-way trips to Prospect Park, where a heckler called him out: “You live in the middle of a park.”

De Blasio means: Do as I say, not as I do. @NYCMayor: give up your chauffeured car paid for by tax payers. Most NYers are using mass transit, biking and walking and you should lead by example.
— moe.french (@MaureenFrench) August 6, 2020

It also wasn’t lost on Transportation Alternatives, a group that often criticizes de Blasio for not doing enough to support pedestrians, bicyclists and public transit.

Danny Harris, the group’s executive director, noted de Blasio recently called it “reassuring” there was a recent traffic jam and had suggested parents drive their children to school.

“The mayor says he doesn’t want New Yorkers to buy cars, but what has he done to discourage us from doing so?” Harris said in a statement. “It has been nearly six months since the pandemic hit our city, yet New York City still lacks a transportation recovery plan, and there’s no indication that Mayor de Blasio sees the catastrophic congestion that is coming our way.”

The comment also didn’t go over well in Staten Island, which is not connected to the city’s subway system. The Staten Island Advance reported officials there were “irate.”

“Until the mayor tries commuting from Tottenville to Gracie Mansion without his taxpayer-funded SUV, he should do us all a favor and stop opining about what New Yorkers with no real transit options should or shouldn’t do,” said Rep. Max Rose, according to the Advance.

De Blasio gave his advice in response to a reporter’s question about transportation amid the pandemic. The reporter — Erin Durkin from Politico — told him that her family was considering buying a car for the first time after considering risks on the subway.

“It won’t happen overnight, but it’ll happen steadily,” he said. “I just think cars don’t make sense in New York City with all the other options, let alone the for-hire vehicles and everything else, and the fact that this is a crisis that has an inherent time limit.”

De Blasio said he would never own a car again. He didn’t say how he’d get to the gym in the future.

This article originally appeared on the New York City Patch

Fri Aug 7 , 2020
CONNECTICUT — United Illuminating and Eversource have made some progress in restoring power to Connecticut residents after Tropical Storm Isaias walloped the state, but there is still much work to be done. UI has reduced outages to 73,947 as of 9 p.m. Thursday while Eversource still has 474,000 customers to […] 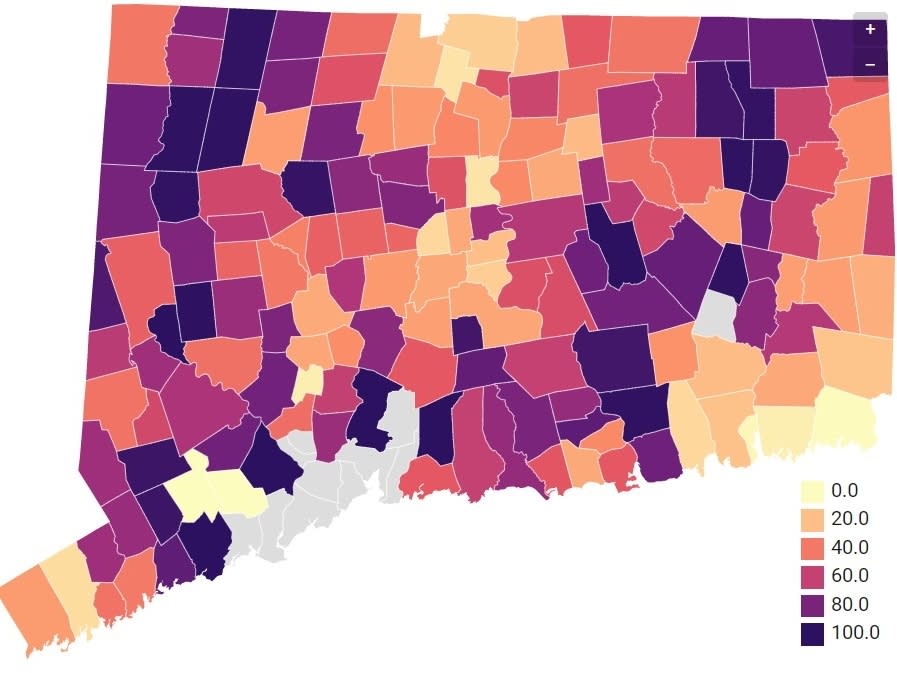