MeWe is a social network that says it has no ads, spyware, targeting, political bias, or newsfeed manipulation. In other words, it bills itself as the “anti” Facebook.  Parler is a social media app with one point of view: conservative. It’s a place for folks who don’t like the spin at Facebook, […]

MeWe is a social network that says it has no ads, spyware, targeting, political bias, or newsfeed manipulation. In other words, it bills itself as the “anti” Facebook.

Parler is a social media app with one point of view: conservative. It’s a place for folks who don’t like the spin at Facebook, or as it describes itself, “free expression without violence and a lack of censorship.”

So maybe, like Coca-Cola, Unilver, Starbucks and other corporations, you’ve had it with Facebook and its policies about either not curbing hate speech, or if you’re on the other side of the aisle, censoring free thought.

Where to go? We have some ideas for you.

Yes, that network that for years was thought of solely as a place to look for work, or a network to sell. Nearly 700 million people belong to LinkedIn – a sliver of Facebook’s 2 billion plus – where the mission is far different from sharing recipes and travel photos, bragging about life achievements and watching funny cat videos. LinkedIn says it wants to “connect the world’s professionals to make them more productive and successful.”

But as Facebook has become more toxic, those industry pros have started using LinkedIn to promote the same sort of family and travel exploits, in addition to career and marketing inspiration.

“People get into conversations on LinkedIn, and once you engage with them, you direct message them, and the DM leads to a Zoom video call. That’s happened so many times,” says Peter Csathy, the chairman of CreatTV, a business development firm.

Thus, the business relationship “becomes a lot more personal” thanks to the LinkedIn connection, Csathy adds.

This is the default place for many people not feeling Facebook, but there’s a snag: The photo social network is owned by Facebook. But since it’s all photos and live video, it doesn’t suffer from some of Facebook’s worst aspects, Csathy says.

“It’s used in a different way, from those who have nefarious purposes,” he says.

He add that teens won’t go near Facebook, but they will go to Instagram, which boasts over 1 billion members.

Look for friends on this app that’s been promoted by President Donald Trump, and you’ll see many familiar Republican names, including former New York Mayor Rudy Giuliani; Sens. Rand Paul and Ted Cruz; and Rep. Devin Nunes. There’s also the right wing pundit Stefan Molyneux, who was booted off YouTube on Monday, and congressional candidate Laura Loomer, who has been banned from Facebook and Twitter.

The app, which has been called the “Twitter for conservatives,” is on a roll thanks to the presence of the politicians, and has grown to 1.5 million members from 1 million in just a week, the company recently told CNBC. The firm told CNBC that while it welcomes conservative voices, it also would love to have liberal thought espoused as well, and is offering a $20,000 bounty to a liberal pundit with a major following to join the network.

The “anti-Facebook” has seen its numbers rise rapidly, growing to 8 million members, and company CEO Mark Weinstein tells USA TODAY that the network will top 10 million by the end of the summer, and predicts it will hit 40 million by year’s end.

“We have all the features people love about social, great groups, private news feeds for close friends, and none of the BS,” he says. “There is no way for a marketer to target you.”

The network is free, but MeWe has a premium offering, which includes emojis. live video and extra photo storage for $4.99 monthly.

“If we can get 3% to sign up for the premium offering, we’re in great shape,” he says.

Twitter has all the things you can do on Facebook, like share vacation and baby photos, get into direct conversations with friends, meet new people and find old ones. But it’s a different experience, in that posts appear like a ticker-tape. They fly by you, and the concept of social sharing becomes more cumbersome. There are some 330 million members of Twitter, including the notables (President Donald Trump and politicians of every stripe), every major news organization, city and state agencies, and your friends.

Twitter has been more proactive than Facebook in labeling Trump’s tweets for fact-checking and inciting violence, which is why the president signed an executive order recently calling for social media to prevent online censorship.

The site that calls itself the “front page of the Internet,” is a wonky bulletin board of sorts that has always attracted heated online debate.

“It’s not a safe and well lit part of the internet,” blogger Josh Bernoff notes.

But Reddit is trying to clean up its act. This week, Reddit banned a group of nearly 800,000 devoted to Trump, saying that members had bullied and harassed other members. Reddit, which has more than 430 million members, has introduced new rules that will make it easier for the site to weed out members violating its polices.

On Reddit, you probably won’t share great travel photos or brag about a promotion. You will, however, get to discuss topics, from food and NASCAR to relationships and the latest Apple devices. Reddit experts say the key to navigating the network is to find the appropriate community, called a “sub-Reddit,” where the vitriol is toned down.

One of the smaller social networks, but worth checking out, Cake promises “better conversations” on any topic, which range from travel, photography and tech gear to music and streaming. Cake’s co-founder Chris MacAskill aims to uplift social media discourse by offering a network with a twist:

“On most social networks, you follow people,” he says. “On Cake, you follow topics that fascinate you.”

“And we’re working on even more powerful tools to help you have better conversations without needing to worry about trolls, mansplainers, and other nuisances,” he says,

Meanwhile, if you’re upset about Facebook’s policies, there’s always leaving, or, as Bernoff says, learning how to tame the beast.

“If you carefully curate your list of friends and the groups you’re in, you can create a gated community within Facebook,” he says. “I’ve been critical of Facebook for years, yet I’m on there every day connecting with people. I also drive a car, and it puts pollution into the air, yet I’m not giving it up and switching to a bike.”

This article originally appeared on USA TODAY: Facebook alternatives: MeWe and Parler or the old LinkedIn or Reddit

From Meat Smokers to Boombox Speakers, These Are the Products We’re Using This Summer

Sat Jul 4 , 2020
Click here to read the full article. We may be celebrating summer a little differently (nay, distantly) this year, but just because we can’t get to the beach or turn up at a tailgate right now, doesn’t mean we can’t take advantage of the sunshine and warmer temps at home. […] 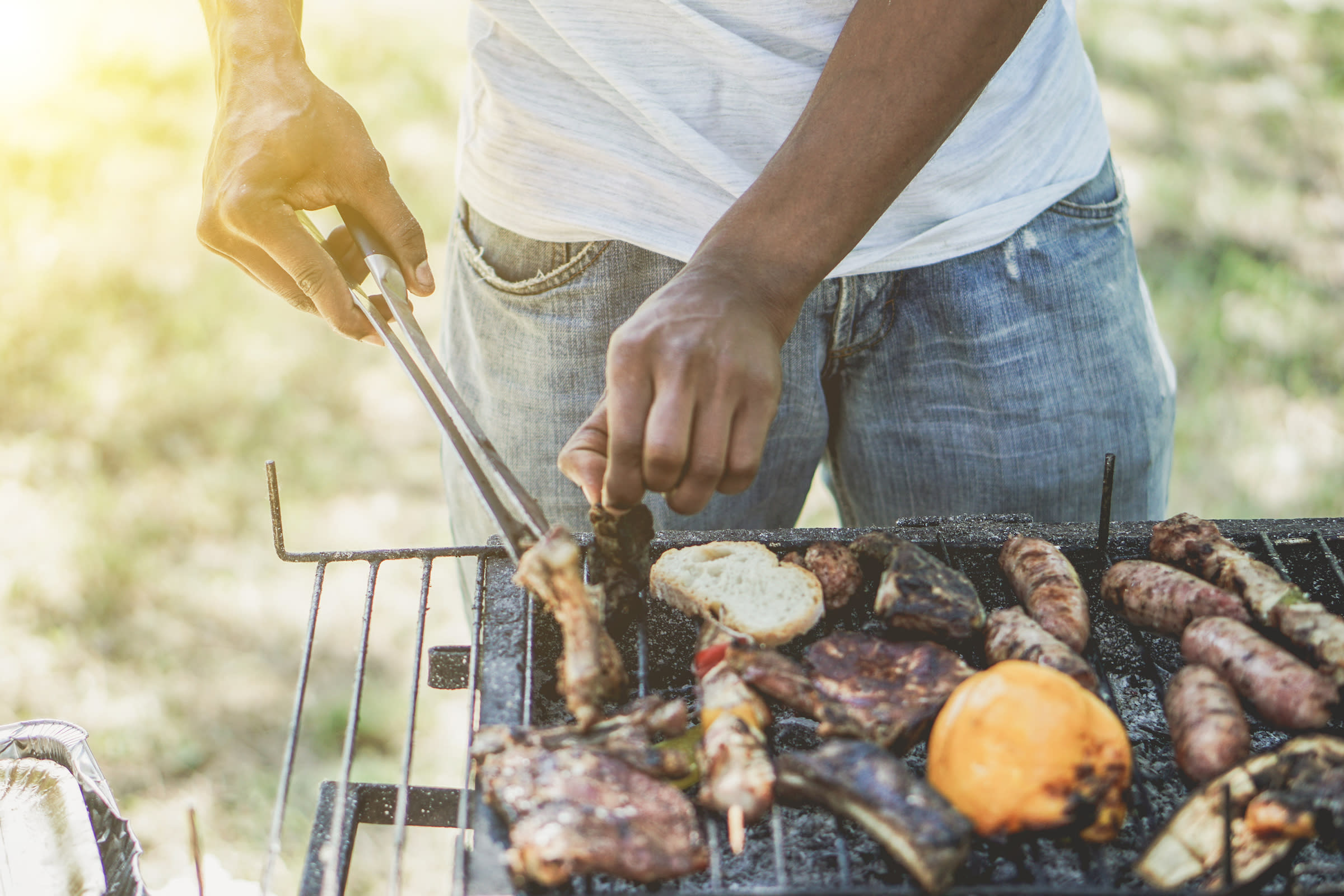