Randy Shropshire/WireImage Documentary subject and activist Daisy Coleman has died by suicide at the age of 23. Coleman shared her experience as a rape survivor and the subsequent abuse and cyberbullying she endured as a result of coming forward in the 2016 Netflix documentary Audrie & Daisy. Coleman’s mother Melinda […]

Documentary subject and activist Daisy Coleman has died by suicide at the age of 23.

Coleman shared her experience as a rape survivor and the subsequent abuse and cyberbullying she endured as a result of coming forward in the 2016 Netflix documentary Audrie & Daisy.

Coleman’s mother Melinda shared the news of her death on Facebook on Tuesday.

“My daughter Catherine Daisy Coleman committed suicide tonight,” Melinda Coleman wrote in a since-deleted post, as per PEOPLE. “If you saw crazy messages and posts it was because I called the police to check on her. She was my best friend and amazing daughter. I think she had to make it seem like I could live without her. I can’t. I wish I could have taken the pain from her! She never recovered from what those boys did to her and it’s just not fair. My baby girl is gone.”

The co-subject of the Netflix documentary, Audrie Pott — who also endured sexual assault and cyberbullying— died by suicide in 2012.

Coleman was 14 when she was allegedly raped by then 17-year-old, Matthew Barnett — grandson of former Missouri State Representative, Rex Barnett — in 2012. He was also accused of leaving her intoxicated and incoherent on her family’s front lawn in freezing temperatures, according to ABC News. Barnett admitted to having sex with Coleman but maintained it was consensual. He pleaded guilty to a lower misdemeanor charge in 2014.

In the aftermath of the alleged assault, Coleman reportedly received extensive backlash from members of her community and bullying at school. The family moved but the harassment followed her online. The harassment led her to attempt to take her own life multiple times, according to the Washington Post.

Representatives for the organization SafeBAE, which she founded with her brother Charlie Coleman, expressed their grief in a heartfelt statement.

“Through our shock and sadness, we are releasing a statement about our loss of Daisy,” the message reads. “As all of our supporters know, Daisy has fought for many years to both heal from her assault and prevent future sexual violence among teens. She was our sister in this work and much of the driving force behind it. We were not just a non-profit team, but a family. We are shattered and shocked by her passing from suicide. She had been in EMDR therapy for 2 years, working on her triggers and healing from the many traumas in her life. She had many coping demons and had been facing and overcoming them all, but as many of you know, healing is not a straight path or an easy one. She fought longer and harder than we will ever know.”

Amanda Knox, who spent nearly four years in an Italian prison following her conviction for the murder of her former roommate, remembered Coleman after her untimely death.

“I’m devastated to learn of the recent death of Daisy Coleman, one of the founders of @safe_bae,” she posted via Twitter on Wednesday. “She was so kind & thoughtful, even as the mob sought to erase her after her assault. She imprinted herself on me, literally, tattooing this semi-colon on my hand.”

Knox previously sat down with Coleman to discuss her experiences for an episode of her Vice series The Scarlet Letter Reports in 2018.

Monica Lewinsky shared Knox’s sad remembrance with a broken heart emoji of her own.

Coleman’s youngest brother Tristan — who Daisy called her best friend— tragically died in an automobile accident in 2018. Their mother Melinda was in the vehicle but survived.

If you or someone you know is considering suicide, please contact the National Suicide Prevention Lifeline at 1-800-273-TALK (8255).

Wed Aug 5 , 2020
Though many theaters across the U.S. are still closed due to the COVID-19 pandemic, Ava DuVernay is making sure Angelenos can take a safe (and free) trip to the movies. For a special two-night pop-up event, DuVernay’s non-profit cinema and social justice organization Array Alliance will present “Selena” and “Purple […] 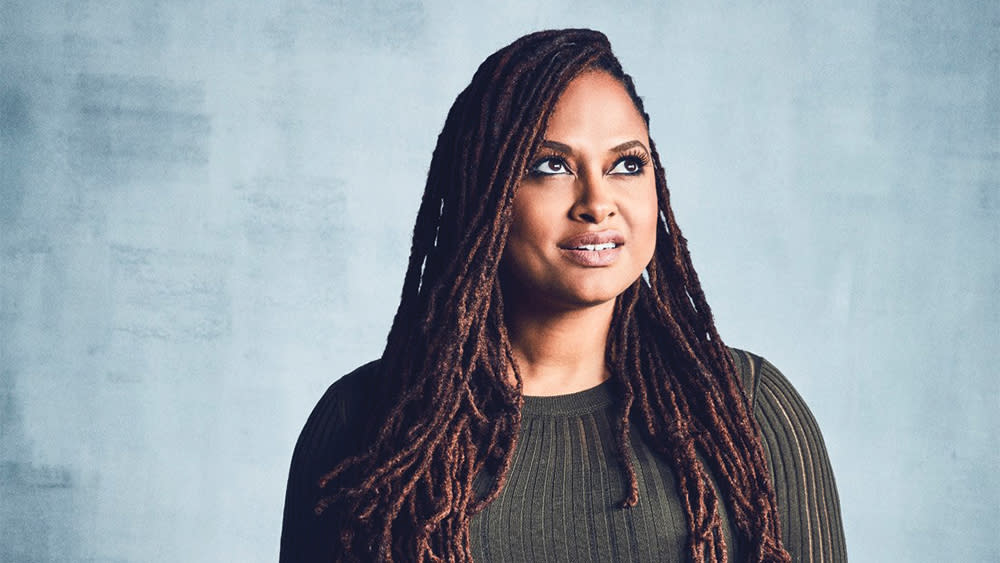