Since the start of July, the major cruise lines have ramped up their public-facing efforts to safely resume sailing. Norwegian Cruise Lines and Royal Caribbean have co-founded a Healthy Sail Panel with experts across the medical, public health, and epidemiological fields. Carnival has teamed up with the World Travel and Tourism […]

Since the start of July, the major cruise lines have ramped up their public-facing efforts to safely resume sailing.

Norwegian Cruise Lines and Royal Caribbean have co-founded a Healthy Sail Panel with experts across the medical, public health, and epidemiological fields. Carnival has teamed up with the World Travel and Tourism Council for a July 28 summit that will explore “the latest scientific knowledge and evidence-based best practices related to prevention, detection, treatment and mitigation of COVID-19.” In Europe, MSC has also created a similar panel of experts.

You’d be forgiven for thinking: Wait, haven’t the cruise lines been doing that all along? After all, since they stopped sailing in mid-March, cruise lines have announced (and then pushed back) imminent dates when they would resume sailing, many of which were well before the Centers for Disease Control and Prevention’s No Sail order was to expire on July 24. (The order was extended last week to expire on September 30).

But even Arnold Donald, CEO of Carnival, acknowledged in an earnings call earlier this month that its dealings with the CDC thus far have only centered on managing the operations pause and crew safety: “We have not actually gotten to the point of serious resumption of cruise discussions with the CDC,” he said. “But of course, that’s coming,”

So what did the CDC make of cruise lines continuing to sell tickets, when it’s been clear they are not ready to resume sailing safely? “It is astonishing and it’s heartbreaking,” Dr. Martin Cetron, director for the Division of Global Migration and Quarantine at the CDC, told Skift in an interview last week. Cetron is the CDC official who has liaised closely with the cruise lines over the past few months on the crisis response.

“The reality is it’s not safe to sail right now in the setting of Covid with guest services,” Cetron said. “It was difficult sailing when they had no guests and crew only, and imagining their demographic and guests on board in the current climate is really hard. So to actively book in that setting is heartbreaking. But only they can tell you what they’re thinking about. Or maybe there is a level of denial of the magnitude of the problem and there’s a certain amount of wishful thinking in recovery.”

During a call with media on Tuesday, Skift asked Cruise Lines International Association Global Chair Adam Goldstein why its member cruise lines took bookings months before they were apparently ready to sail safely. This is a move that no shortage of passengers have been frustrated by while awaiting sluggish refunds.

“I think our experience through the four to five months that this has been an active phenomenon is that just has been more difficult and more challenging than we had anticipated in many cases,” Goldstein said in response. “So what somebody is doing now in terms of our suspension of operations or the CDC’s no sail order reflects what we think today. What people were thinking a month ago wasn’t necessarily the same thing as today. That’s not only true about when to operate or when to offer cruise for sale, it’s also true in many ways about the public health aspects of the situation.”

CLIA President and CEO Kelly Craighead added that the recent announcement of the aforementioned panels does not indicate the cruise lines’ work on this issue has just begun.

‘A Household Size of Thousands’

The CDC’s renewal of its no sail order issued last week is a 20 page doozy of a document. As Skift formerly reported, it said the agency had spent a total of 38,000 hours on the crisis response of managing Covid-19 on cruise ships since March, and that it had been dissatisfied with cruise line responses to challenges like safeguarding crew on board paused ships. One thing that has remained constant since the agency’s first no sail order in mid-March is its emphatic belief that the conditions of cruise ship travel “exacerbates the global spread of Covid-19.”

It’s curious that, prior to joining Royal and Norwegian’s Healthy Sail panel as co-chair, former FDA commissioner Scott Gottlieb told USA Today in March, “I don’t think anybody should be taking a cruise right now,” noting the unique risks of the virus’ spread on board. By July, Gottleib had changed his tune, telling Travel Weekly that taking a cruise during Covid might just be safer than going to London.

Similarly, the cruise industry has indicated multiple times throughout the crisis that it believes it is similar to any other public setting, such a restaurant or theatre or airplane. Along those lines, a prominent theory has circulated online amongst cruise super-fans that the CDC is unfairly targeting the cruise industry, irrationally letting airplanes fly while not allowing cruises to sail.

Of course, that theory doesn’t account for the fact that cruise vacations are plainly less essential than commercial air travel. But Cetron also notes that there are specific risk factors associated with bringing thousands of people together in close proximity for days and weeks at a time in a maritime setting — things that planes, trains, restaurants, and theaters simply don’t have to face.

“Covid is an enormous challenge in a land environment without all the additional complications that we see in a maritime space: Aggregating an international community, creating a household size of thousands rather than a handful, and trying to control a highly contagious, insidiously spread and potentially highly lethal disease” in a dense, high-contact environment Cetron said.

Goldstein was asked by another reporter on Tuesday if he thought the CDC’s treatment of the industry had been unfair.

“We have tried to point out and will continue to point out that there are some real differences in how our sector is understood and evaluated compared to other modes of travel and transportation,” Goldstein said. “This is a real difference and it gives rise to different types of commentary and you could understand how people are passionate supporters of ours would look at that differential and say this is unfair. But our challenge is not a question of fair or unfair. Our challenge is to work with regulators around the world to devise the right conditions for restart.”

As far as that work, Cetron made clear that at this stage, the onus is on the cruise lines to come up with a workable plan using the ample guidance, data, and direction CDC has provided in recent months. The CDC will then need to be satisfied with that plan before reversing its no sail order.

Cetron acknowledged there had been some “tension as the regulating agency that from their perspective, we weren’t able to see eye to eye on the problem,” but he said he very much welcomes the panels of independent experts that have been formed in recent weeks. He said he suspects the cruise lines have only recently begun to grapple with the gravity of the challenge at hand.

“I would sort of classify the prior period of time as the reckoning of the real difficulty of this pandemic as they intersect that community, and a lot of crisis response work,” Cetron said. “And now that everything is on pause and on hold, they’re finally I think beginning to take seriously [what it will take to reinvent] cruising experience in the setting of a pandemic.”

There are some serious questions around what a safe resumption of cruising will look like, and whether cruise lines can hang on until cruising is profitable again. Cruise lines have been raising large amounts of capital and offloading ships in order to find a way to stay afloat until guest services can resume. But even once they do — as some have in a European river setting this week — few expect they will be able to do so at full capacity for some time. For a business model built on scale, that’s a big problem.

Jaime Katz, an equity analyst for Morningstar who covers leisure and travel, told Skift their modeling suggests Carnival won’t be able to carry passengers at the 2019 level until the end of 2024. On its most recent earnings call, Carnival predicted returning to second quarter 2020 passenger levels in 2022 at the earliest.

“I think it’s going to be largely contingent on what the national curve for viruses looks like,” Katz said on the resumption of cruising. “I think the cruise lines would like to be up and running for winter break but I think that’s a like — and I think it’s really going to be dictated by what happens. Without a national policy for mask wearing and to mitigate this, it sure seems like this could go a lot longer than anyone would like at this point.”

On the question of whether the CDC should have spent tens of thousands of hours helping companies that, beyond having physical headquarters in Miami, are categorically not American companies, Cetron said that was the wrong way to look at the CDC’s remit.

“CDC’s mission and responsibility is to protect the public, the Americans,” Cetron said. “I don’t see this mission as looking out for the economic interests of the industry. The interest that we are directly serving and responsible for and in this case have regulatory oversight is to protect people. Every hour we spend doing that is an hour extremely well spent.”

Subscribe to Skift newsletters for essential news about the business of travel.

Top 10 No Reserve Cars At GAA

Wed Jul 22 , 2020
The summer GAA Classic Car Auction is shaping up to be an interesting event. Not only has COVID-19 rewired the way auction houses are hosting sells, this has been a record time for auction companies. While many people speculated that the collector car market would take a hit, it seems […] 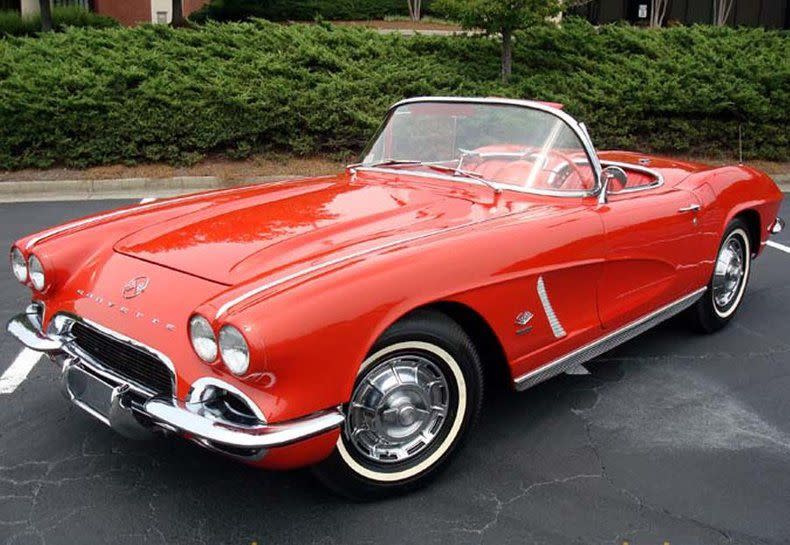