Dave Tindall stands in for Ben Coley to preview the Corales Puntacana Resort & Club Championship on the PGA Tour.

The Corales Puntacana Resort and Club Championship once again wins the award for longest tournament name on the PGA Tour.

But, to the relief of those who think that golf has forever changed after Bryson DeChambeau’s US Open win, Corales Golf Club is not a layout which simply rewards the longest driver.

It’s easy to have that fear when noting the yardage of 7,670. But the strong counter evidence is provided by last year’s winner Graeme McDowell. G-Mac ranked 183rd for Driving Distance last season (third-placed Chris Stroud was 167th).

An outlier? Nope. The 2018 winner, Brice Garnett, was 148th on the DD charts and there’s more. In the first two years when this event didn’t have PGA Tour status, the two winners were Nate Lashley and Dominic Bozzelli. Their respective Driving Distance rankings last year? 167th and 81st.

While it’s folly to rule out those who do blast it, the message here is to recognise that’s it an event where the shorties can flourish too.

Going into weather forecast mode, the Dominican Republic has a constant year-round temperature of 25 degrees, so we’re avoiding the traditional wettest months of October to April. We’ve had some rain in the build-up but the course dries fast and the weather looks decent this week. Again, nothing there to put you off a shorter hitter.

A better guide than the weather is looking at corresponding course form and those who adopted this policy last year were rewarded.

In the list of words that pop up only infrequently in the golfing lexicon, Paspalum is a prime example.

The seaside grass strain is used in just a handful of PGA Tour events: this one, the Mayakoba Golf Classic in Mexico and the Puerto Rico Open.

McDowell had missed his one previous cut at this event (2018). But those who checked his CV would have noted a win at El Camaleon, home of the Mayakoba.

Graeme McDowell in action in the Dominican Republic

While the grass type may not be the same, there’s also clues to be found from the Sony Open and RSM Classic.

You’ll find both underlined in red pen in the diary of a shorter hitter.

McDowell was fourth in this year’s Sony Open and third on debut at the RSM.

We don’t have Strokes Gained stats for past editions of the Corales Puntacana so it’s back to the regular stats to find any further help.

Last year, the first three home all ranked in the top six for Putting Average and Putts Per Round, while four of the leading five finishers were 45th or worse in Driving Distance. It’s a similar story in 2018.

Greens In Regulation? It’s quite important but not paramount. Both winners were solid (16th and 24th for GIR) rather than spectacular.

Finally, for a tournament won with 18-under the last two years, you’ll need to make birdies.

McDowell racked up 27 and Garnett 23. Both led the field in those little circles.

Pat Perez seems to fit the right profile this week and he’s already opened his season nicely after making the top ten at the Safeway Open.

He fired a 65 and trio of 69s to ensure a bright start to the new campaign and the putter looked good too (2nd Strokes Gained: Putting).

That followed a couple of withdrawals at The Northern Trust and Wyndham Championship so hopefully he’s in good shape again. Before that he produced back-to-back top 25s in the 3M Open (T23) and Barracuda Championship (T18) so clearly his game is in a good place.

This will be his first look at Corales but he’s excelled in previous outings on Paspalum. At Mayakoba, PP has a win in 2016 along with T6 and T8 in the last two editions.

He putted well in all three and, heck, we even have a good quote from him. In 2017, Perez won the CIMB Classic in Malaysia which at the time (it changed to Bermuda a couple of years ago) had Paspalum greens.

Asked then why he liked the course, Perez replied. “It’s not even the course that suits my eye, it’s the greens. Mayakoba, where I won, has the same greens and I putted better than anybody there, too.”

In theory, he should really take to this week’s course and we know from watching the mulleted Texan down the years that he can shoot extremely low numbers.

He’ll be a popular pick this week but 35/1 with eight places still looks worth it.

Every time I looked at the PGA Tour’s All-Around stats last season, I couldn’t quite fathom one name on there.

While, as expected, the list is basically a who’s who of current PGA Tour superstars, the list also featured Ireland’s Seamus Power.

And yet, his results just weren’t on a par with everyone else’s.

But sometimes it pays to be patient and believe that they do matter. For example, I was convinced Strokes Gained: Off The Tee was vital to success for the US PGA at Harding Park. Paul Casey had great numbers but I quickly struck a line through him due to poor recent results. As we know, Casey came runner-up.

Of course, it’s not just that; there’s the little matter of course form too. The 33-year-old was seventh on debut in 2016 when it was a second-tier event and fifth in 2018 when it gained PGA Tour status. He added T44 last time.

A quote from that debut in 2016 is interesting: “For some reason I like this grass. This is at least the second time we’ve played it this year and I seem to make some putts on it.”

When adding in the fact that he ranked 5th for Birdie Average last season, the Waterford man’s case grows stronger.

The stumbling block must be current form but is it? Three missed cuts in his last five events suggest maybe it is but in August he was T9 at the Barracuda Championship (6th Putting Average) and T27 in the Wyndham. Rewind to July and Power took T12 at the Rocket Mortgage Classic.

Eighth here for Putting Average when he made the top five in 2018, the 100/1 looks well worth it.

Ah, you cry, these aren’t his beloved Bermuda greens, the ones on which he triumphed at last year’s Honda Classic.

“I just have a tough time reading Poa Annua greens, and here in Florida, it’s just a lot better for me.”

However, there are some similarities between Bermuda and Paspalum. Here’s Brian Gay at El Camaleon two years ago: “They’re really smooth and true. A little on the slower side which is fine. I grew up on slow Bermuda so I’m happy with Bermuda and the Paspalum.”

The proof is in the pudding and Mitchell certainly enjoyed his most recent trip to the Corales Puntacana as he finished runner-up.

He did lots right that week and ranked in the top 20 for Putting Average, suggesting he had no problems on the greens.

In fact, he said in round two: “I’ve played enough on Paspalum that I know that when you’re putting on Paspalum, if there’s ever any doubt, it’s usually straighter than you think and usually hit it a little firmer than you think.”

Looking at his other coastal form, he has two top 25s in three attempts in the Sony Open while he made the top 15 on his latest start at the RSM Classic (he lives on St. Simons Island).

He’s obviously a big hitter rather than a consistent fairway finder but the 28-year-old was sixth for Driving Accuracy here last time so perhaps the tee shots fit his eye.

His form is patchy but T22 at Memorial was a good knock and there’s no shame in T43 at Harding Park in the US PGA.

Finally, I’ll balance the books by adding in a second shorter hitter in Aaron Baddeley.

The Aussie, once a winner at The Heritage, likes coastal golf and was seventh on debut here last year.

“I think it’s just everything’s calm, it’s relaxed here, it’s very laid back,” he said at the halfway mark. “Same with Puerto Rico, sort of laid back. Also there’s the wind, the conditions. I grew up playing in the wind in Australia, so just to be out there using the wind, hitting different shots like holding against the wind or working it under the wind, things like that.”

That nod to Puerto Rico is worth expanding as he’s played at Coco Beach twice and finished eighth (2016) and second (2019).

The Mayakoba? Not quite as exciting news to report but he’s made his last four cuts there and was T27 last season.

But the putter – always his strong suit – certainly works well on Paspalum. Badds was 1st for Putts Per Round at this course last year and 1st for Putting Average on his Puerto Rico debut.

There’s 200/1 available and that’s clearly due to current form. Some will quickly ignore him given all the missed cuts but he was tied 23rd at the 3M Open at the end of July and didn’t do much wrong when firing 72-68 at the Safeway.

But with the wind set to be testing enough, his form in these sorts of events suggests 200/1 is a gamble worth taking.

We are committed in our support of responsible gambling. Recommended bets are advised to over-18s and we strongly encourage readers to wager only what they can afford to lose.

If you are concerned about your gambling, please call the National Gambling Helpline on 0808 8020 133, or visit begambleaware.org.

Further support and information can be found at GamCare and gamblingtherapy.org.

Electric Snowmobiles? Polaris Partners With Zero Motorcycles To Bring EV Tech To Their Many Toys

Mon Oct 12 , 2020
The Zero SR/S is the company’s latest and greatest two-wheeler. Will some of its tech end up in a … [+] snowmobile? Roberson Photography Big news in the recreational and utility vehicle world today as snowmobile, side-by-side and Slingshot maker Polaris has inked a 10-year partnership with the Zero Motorcycles, […] 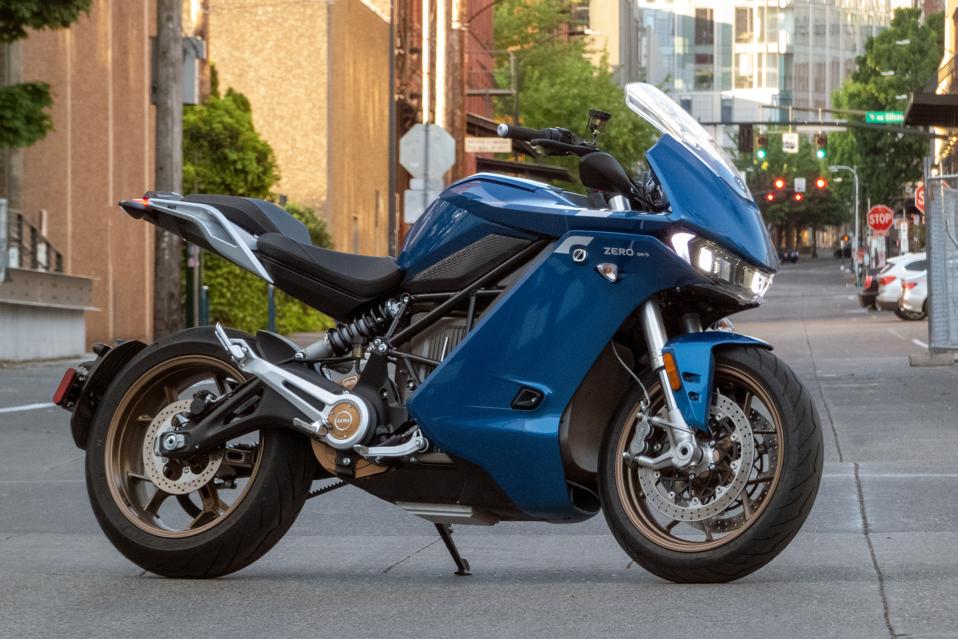