Cedar City police released this photo of the suspect vehicle in a hit and run incident on Sept 7, 2020. Photo: CCPD CEDAR CITY, Utah, Sept. 8, 2020 (Gephardt Daily) — The Cedar City Police Department is asking for tips after a fatal hit and run on, which killed a […]

CEDAR CITY, Utah, Sept. 8, 2020 (Gephardt Daily) — The Cedar City Police Department is asking for tips after a fatal hit and run on, which killed a pedestrian on Monday, and which is believed to have been intentional.

The incident happened at about 7 p.m. in the parking lot of a Home Depot. The vehicle, which had no licence plate, fled the scene.

“The victim is a 37-year-old male and a Cedar City resident. His identity will not be released until family notifications are made.”

The suspect was driving a plateless gray/silver older model Dodge Stratus, and the passenger rear tire is either a spare tire or missing the hubcap, the statement says.

“The suspect is possibly an adult white male with dark hair wearing a bandanna covering his face. It is believed that the suspect intentionally struck the victim.”

Anyone who sees or is familiar with this vehicle is asked to call Cedar Communications at 435-586-2955.

“The Cedar City Police Department would like to extend its sympathies to the victim’s family for their loss,” the CCPD statement says.

“This is an active and ongoing investigation, and we will release more information as it becomes available.”

What's The Deal With Three-Wheeled Cars And Motorcycles?

Mon Sep 21 , 2020
HOBOKEN, NJ — Say it in your best Jerry Seinfeld voice: Who are these people who’ve been riding around Hoboken in three-wheeled cars, and in motorcycles in formation, since the beginning of the coronavirus pandemic? While some residents are amused by the Slingshot brand vehicles, others believe the flashy vehicles […] 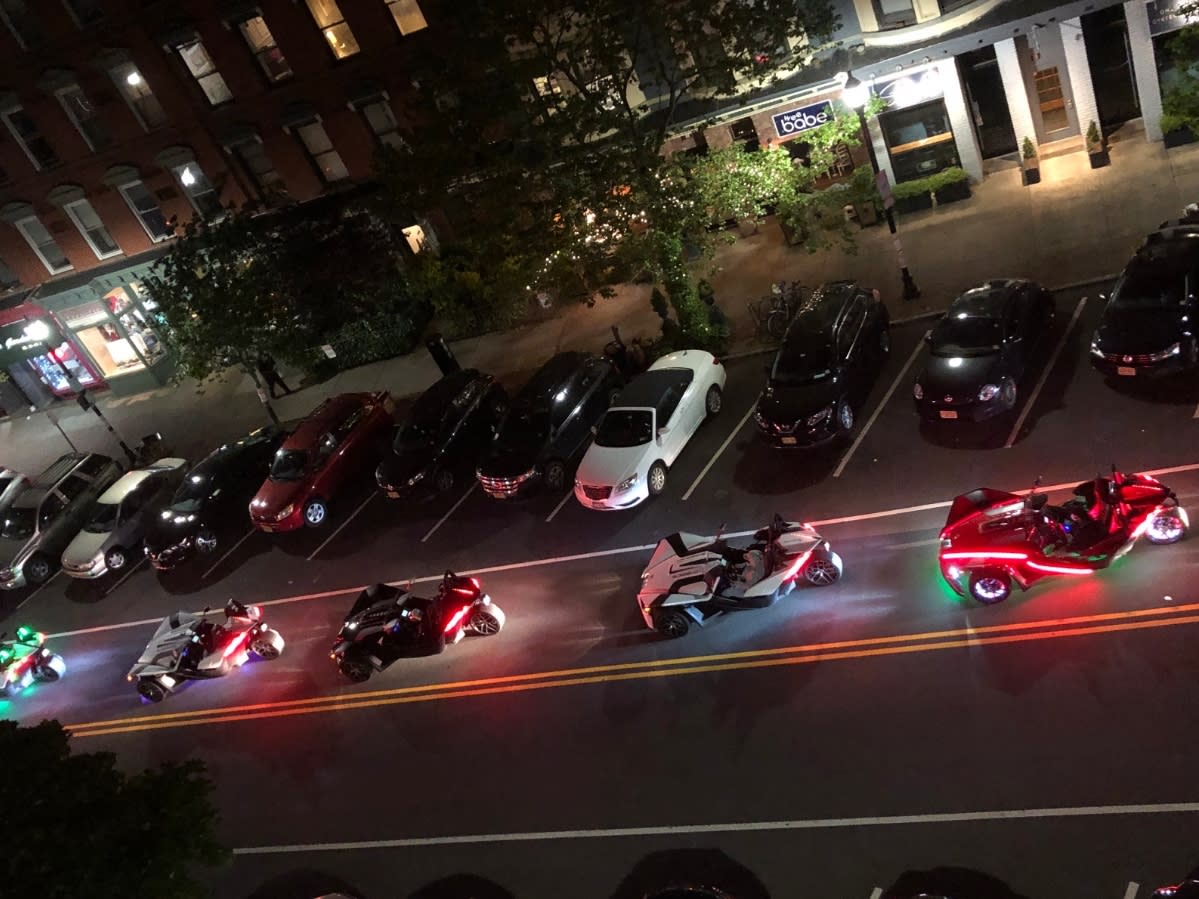