NEWTON, MA — Nearly a dozen candidates, including eight Democrats and two Republicans, are vying to represent the Massachusetts 4th Congressional District as Rep. Joe Kennedy leaves to challenge Sen. Ed Markey for his seat in the senate. The district runs from Newton and parts of Brookline, Wellesley and Hopkinton […]

NEWTON, MA — Nearly a dozen candidates, including eight Democrats and two Republicans, are vying to represent the Massachusetts 4th Congressional District as Rep. Joe Kennedy leaves to challenge Sen. Ed Markey for his seat in the senate. The district runs from Newton and parts of Brookline, Wellesley and Hopkinton down to the South Coast.

To get to know the candidates, Patch asked them all to answer questions about their campaigns and will be publishing candidate profiles as election day draws near.

Among those running in the Democratic Primary Sept. 1, is Jake Auchincloss. At 32, he’s the youngest candidate in the race. He’s scored The Boston Globe endorsement, but he’s also come under some fire from fellow candidates.

Auchincloss grew up in Newton and attended the public schools, leaving for college and then the Marine Corps. He returned to Newton shortly after the Marines and is now he and his wife Michelle are raising their small son Teddy in Newtonville where they live with their dog Donut.

Public service runs in his family, as multiple relatives on his dad’s side worked in the Roosevelt and Kennedy administrations. Now, his dad serves as Dr. Anthony Fauci’s top deputy.

The candidate comes with a bachelor’s degree from Harvard, with concentrations in government and economics. He got his MBA from MIT Sloan School of Management. Most recently, in addition to his work as a Newton City Councilor he’s a senior manager at Liberty Mutual’s innovation lab.

Here’s what he had to say about what he represents:

What politicians have inspired you and might you model your time in Congress after?

I look up to Representative Katherine Clark. She learned government and politics at the local level, as I have, and Representative Clark has done a superb job of transitioning to Congress: assuming a leadership role and creating strong partnerships with progressive organizations, business leaders, unions, local elected officials, and House leadership. She is somebody whose advice and mentorship I would seek out in Congress.

How would you summarize your campaign in 3 words?

The single most pressing issue facing our district is _______, and this is what I intend to do about it.

Right now, COVID-19 relief and recovery is the most pressing issue facing our district. The incompetence and corruption of the Trump administration has cost hundreds of thousands of lives and cratered our economy.

We must prevent cuts to education. As a city councilor in Newton, I see already the strains on local budgets from COVID-19. Without federal relief, cities and towns will be forced into cuts to essential services, including education. We have already asked kids, parents, and teachers to sacrifice so much. We must direct federal relief to prevent education cuts.

Families are under immense stress from our weak economy. Unemployment is above 20% in parts of the South Coast. An inclusive economic recovery means every family, everywhere in their district, gets back on their feet with good-paying jobs.

In the short-term, I’ll focus on helping working families and small businesses, budget relief for state and local governments, and providing aid to underserved children. I’m already working with state and local officials, business leaders, and unions on a roadmap for creating good jobs throughout the district. In this vein, I’ve released a plan for life sciences manufacturing as an economic lifeline, and will continue to partner with state and local leaders to close the economic gap throughout the district.

Healthcare is a human right, not a job perk, and a pandemic is precisely the time to ensure that healthcare is affordable and accessible to all. In Congress, I’ll work to strengthen Obamacare, lower drug prices, and protect and expand reproductive rights.

What are the critical differences between you and the other candidates seeking this post?

As The Boston Globe said in their endorsement of my campaign, I’m the “best prepared to represent a district of haves and have nots.” I’m the only candidate in this race who has gotten results in the military, in business, and in government. Six months ago, no one predicted the issues we’d be grappling with today. Six months from now, we’ll need members of Congress who have proven they can work together to get results in crisis and uncertainty.

In what way has the current officeholder failed the district? What will you do better?

Joe Kennedy represented the MA-4 well. Now that he’s vacating the seat, the next representative will need to make their mark during a period of interlocking crises. I hope to be known as a Member of Congress who represented the full district – from Brookline to Fall River; who delivered excellent constituent services; and who was a national leader on the momentous issues of the day: COVID relief & recovery, the environment, and better realizing America’s commitment to equal justice and equal opportunity for all.

I support the following:

Green New Deal, Healthcare for all, The 1619 Project in schools, Repealling the second Amendment, Transgender troops in the military

I do not support:

What should Congress do to help the economy?

An inclusive economic recovery means every family, everywhere in their district, gets back on their feet with good-paying jobs. In the immediate term, my focus is on helping working families and small businesses, directing budget relief to state and local governments, and providing aid to vulnerable children. For the medium-term, I’ve partnered with state and local officials, business leaders, and unions to establish a roadmap for creating good jobs throughout the district, including an already-released plan for life sciences manufacturing, which is a growth industry with the potential to create thousands of high-paying jobs in the South Coast. This is part of why I’m supported by some of the most prominent lawmakers of the South Coast, including Fall River Mayor Paul Coogan and Fall River State Representatives Carole Fiola and Paul Schmid. Finally, Massachusetts has the potential to become a clean-energy powerhouse, and I’m committed to ensuring that we make the transition to a clean-energy economy that works for everyone.

Describe the other issues that define your campaign platform:

Beyond COVID-19 recovery, I’ve made gun safety a priority. In the Marines, I slept, ate, trained, and patrolled with an assault weapon for four years. Those are not the ‘arms’ that our Founders had in mind when they wrote the Second Amendment 229 years ago. The American gun violence epidemic is one that plagues our schools, our stores, our places of worship, our public squares — and disproportionately affects minority communities. In Congress, I will take on the NRA and will fight to make common-sense gun legislation a reality.

Reproductive care is healthcare. I’ve been a lifelong advocate for reproductive rights, and am proud to have been endorsed by Representative Pat Haddad, lead sponsor of the Massachusetts ROE Act. In Congress, I’ll stand up to President Trump’s dangerous agenda, will defend Title X, and will work to guarantee that safe and legal abortions are accessible to all. From strengthening the ACA birth control mandate to eliminating the Global Gag Rule, I will be a strong advocate for pro-choice policy, including codifying the ROE Act at the state and federal level. I will also push for eliminating the Hyde Amendment and will support Senators who will vote for pro-choice federal judges.

In both business and local government, I’ve delivered progressive solutions on climate and the environment. On the city council, I’ve always voted in line with Green Newton’s priorities, ranging from municipal solar panels to mixed-use developments that lower our carbon footprint. I’m proud to have earned the support of the city’s leading environmental advocates. In Congress, I’ll fight Republican rollbacks of environmental regulations and will work to direct Green New Deal funding towards reinventing transportation in Massachusetts, which accounts for 40% of the carbon emissions that drive climate change in this state.

What accomplishments would you cite as evidence you can handle this job?

I’m a three-term Newton city councilor and a Marine Veteran. In the Marines, I led Americans from all walks of life in Afghanistan and Panama. I learned to lead in crisis — to stay calm, and get the job done. In the private sector, I worked at a startup that protected small businesses from online threats and at a Fortune 100 innovation lab that built products for a green future. As a city councilor in Newton, I’ve worked together with both friends and opponents to deliver results for my constituents, from housing and transportation to education and the environment. I have the experience necessary to lead in good times and in bad, and I’ll bring my strong values of leadership, service, and collaboration to Congress.

The best advice ever shared with me was …

Officers eat last. It’s a maxim of the Marine Corps – as a leader, you don’t eat until every Marine in the platoon has eaten. Elected officials should take care of their constituents before themselves.

My favorite aspect of this district is…

That even in the depths of crisis, people are worrying about others. Throughout this campaign, I’ve talked to voters in every corner of the district. They are worried about themselves and their families, of course, but they are also worried about their neighbors and their communities. There is a common focus on what needs to change: an out-of-control pandemic, racial injustice, a cratered economy, an uncertain plan for schools, spiraling climate change, rising healthcare costs, a lawless president. People are thinking and talking about common problems and worrying about one another. They need their representatives to meet the crisis head-on.

What else would you like voters to know about you and your positions?

In the Marines, I learned to lead in crisis, commanding Americans from all walks of life in pursuit of a common mission. On the Newton City Council, I’ve been a force for progressive change on issues of housing and education, immigration and the environment. Local government is a fantastic training ground for Congress — I’ve worked with neighbors and friends to get stuff done, and I’ve seen the impact of my work right here in my community. Local government forces you to take direct responsibility for your actions — I’m often stopped while walking my dog by constituents to discuss votes I’ve taken or items I’ve co-docketed. At a time when our national leadership is so broken, I’m taking with me not just the leadership I learned in the Marines, but the values I’ve practiced in local government: service, accountability, and collaboration.

Are you running for office in Brookline? Contact Jenna Fisher at [email protected] for information on being featured in a candidate’s profile and submitting campaign announcements to Brookline Patch.

This article originally appeared on the Newton Patch

Huge savings on bikes for kids of all ages

Thu Aug 13 , 2020
Teaching your kids to ride a bike is a task that every parent will face, and there are multiple ways to go about it.  Typically, the process consisted of a number of months using stabilisers followed by that unnerving-but-joyous day when the stabilisers came off. The invention of the balance […] 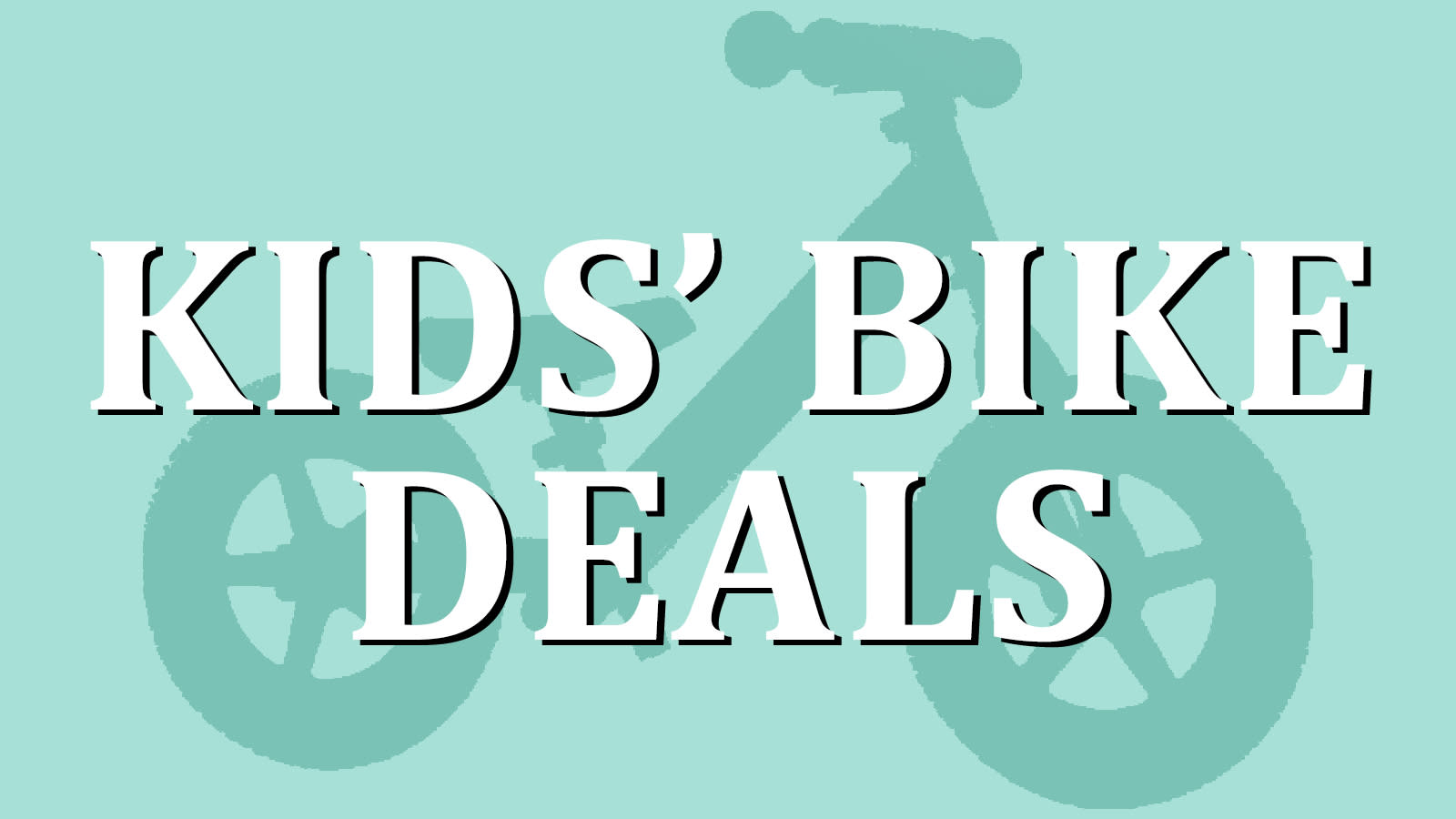