A water taxi approaches El Arco, Cabo San Lucas, Mexico, 2015. (Christopher Reynolds/Los Angeles Times) Is this the time for a vacation in Baja? Absolutely not, says California’s governor, backed by legions of local and state health officials who discourage nonessential travel and are alarmed by the continued spread of […]

Is this the time for a vacation in Baja?

Absolutely not, says California’s governor, backed by legions of local and state health officials who discourage nonessential travel and are alarmed by the continued spread of COVID-19 on both sides of the border.

Check with the U.S. government, and the answer depends on which agency you ask — and whether you’re driving or flying.

Meanwhile, scores of hotels in Baja California have opened in recent weeks, betting that thousands of Americans are ready to head south. Airlines are adding Baja flights too, even as Canada and much of Europe have banned U.S. tourists, and the U.S. has banned tourists from much of Europe.

Baja California Sur’s governor, Carlos Mendoza Davis, said these reopening rules would stay in effect despite infection rates that have pushed the peninsula’s southern half into the most severe category in the Mexican Ministry of Health’s COVID-19 risk rankings.

With infections and deaths rising fast in the U.S. and Mexico and a big chunk of the Baja peninsula’s economy at stake, here are some questions and answers to consider.

What do U.S. agencies say? If you’re flying from LAX to Los Cabos, you’re defying the advice of the U.S. Centers for Disease Control and Prevention, which warns “against nonessential international travel” because it “increases your chances of getting and spreading” COVID-19.

You’re also ignoring the U.S. State Department’s global health advisory, which advises U.S. citizens to “avoid all international travel due to the global impact of COVID-19.”

But as long as you fly, you’re not breaking any laws. When the U.S. Department of Homeland Security and Mexico agreed in March to forbid nonessential travel across their borders, the ban included cars, commuter rail and ferry travel, but it left out travel by “air, rail or sea.”

U.S. and Mexican officials agreed last week to renew that pact through Aug. 20.

Many government and media sources have glided over the air/land travel distinction. On June 16, for instance, the Department of Homeland Security issued a fact sheet saying that U.S. agreements with Mexico and Canada “limit all nonessential travel across borders,” with no mention of flights.

“That is a confusion in the mind-set of the potential travelers,” Los Cabos Tourist Board’s managing director, Rodrigo Esponda, said Thursday.

Asked about this provision, the U.S. State Department referred emails to the Department of Homeland Security, which did not respond.

How much is reopening in southern Baja? Since early June, 72 of 85 major hotels have opened in Los Cabos, many promising stricter safety standards and more flexible reservations. Esponda estimated that room prices are largely unchanged from pre-pandemic levels, with an average daily rate of about $300.

Government officials have urged people to wear cubrebocas in public areas. The Los Cabos Tourism Board said visitors should expect to answer a health questionnaire and have their temperature taken at the airport and at 22 local beaches where authorities say they are enforcing limits on crowding.

Though bars that don’t serve food are closed, Esponda said 16 of the area’s 18 golf courses and about 300 of its 2,000 restaurants are now open.

Hotels, allowed to rent up to 30% of their rooms, have already reached 20% occupancy, Esponda said, and roughly two of every five guests are from California.

Novel coronavirus infections, however, have increased in recent weeks. In municipalities outside Los Cabos, including La Paz, Comondú and Mulegé, authorities have closed beaches.

“It was completely logical, expected and planned that there would be a slight increase in the number of cases in Los Cabos,” Esponda said.

“It’s a very tricky situation, and we’re at the confluence of health and the economy,” said Bryan Jáuregui, who co-owns Los Colibris Casitas in the beach town of Todos Santos.

Jáuregui, whose guests in summer are mostly from Mexico, said she and others in the area have had dual missions: adding new workplace health measures and helping local charities feed thousands of families in Los Cabos, Todos Santos and beyond whose tourism jobs have not yet returned.

In the state of Baja California (the more populous northern half of the peninsula), a New York Times tally showed reported 12,053 cases and 2,397 deaths as of July 21, including 35 new cases per 100,000 people in the previous seven days. (Baja California tracks its COVID-19 cases here.)

If Californians travel, the state’s Department of Public Health’s public affairs office said, “It should be for urgent matters or if such travel is essential to your permitted work. Avoid travelling long distances for vacations or pleasure as much as possible. This is to slow the spread of the coronavirus.”

Who is flying between LAX and Los Cabos? In April, just 1,200 international passengers arrived at Los Cabos airport, followed by 1,550 in May, by the count of Grupo Aeroportuario del Pacífico. The number in June was 11,350 — well short of the 158,650 that arrived in June 2019, but rising fast.

Are restrictions the same in Baja and Baja Sur? No. As in the U.S., health assessments and pandemic rules vary between states and within states and have changed frequently. However, 30% capacity limits are common in hotels and restaurants in both states. In Baja California state, which includes Tijuana, Rosarito, Ensenada and Guadalupe Valley wine country, higher rates of infection and death in the spring prompted tighter federal restrictions. In Ensenada, transit was limited and a curfew imposed.

On July 15, Rosarito officials announced that all municipal beaches would be closed on Saturdays and Sundays, with limited open hours on weekdays, until further notice.

What about U.S.-Baja cruises? Not this summer. The CDC has had a “no sail order” in effect in U.S. waters since March; it is expected to last at least through Sept. 30.

How many people are driving across the border? U.S. Transportation Department statistics show that in May, more than 1 million vehicles crossed into the U.S. at San Ysidro. That’s less than half as many as in May 2019, but suggests that many bi-national commuters in San Diego and Tijuana have resumed their cross-border journeys. (The U.S. Transportation Department doesn’t count vehicles driving into Mexico.)

What about crime? By Mexican government count, Tijuana was the nation’s No. 1 homicide site in 2019. The city, with 1.3 million residents, suffered more than 2,100 homicides last year. Los Angeles, with 4 million residents, had fewer than 300 last year. State-by-state homicide statistics for the first half of 2020 show show Baja California Sur among those with the fewest killings and Baja California among those with the most.

Wed Jul 22 , 2020
Since the start of July, the major cruise lines have ramped up their public-facing efforts to safely resume sailing. Norwegian Cruise Lines and Royal Caribbean have co-founded a Healthy Sail Panel with experts across the medical, public health, and epidemiological fields. Carnival has teamed up with the World Travel and Tourism […] 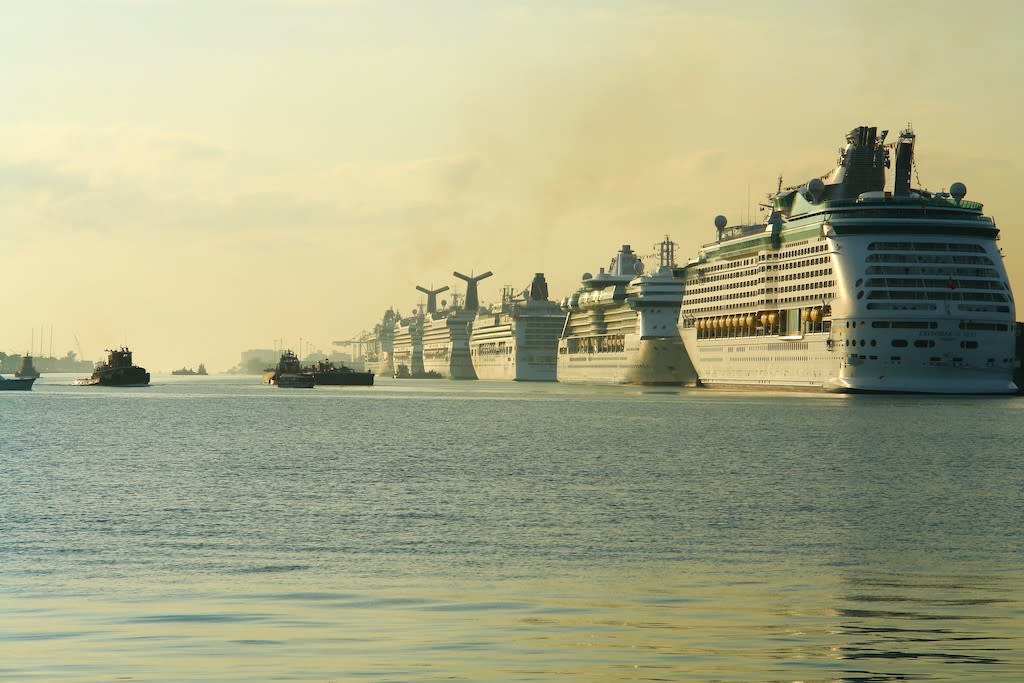