BRIDGEWATER, NJ – Bridgewater Township’s governing body has sent a strong message to Advance Realty – move the vehicles illegally parked on a lot on the Center of Excellence property now, or have them moved by the municipality instead. The town council approved a resolution following a public hearing Sept. […]

BRIDGEWATER, NJ – Bridgewater Township’s governing body has sent a strong message to Advance Realty – move the vehicles illegally parked on a lot on the Center of Excellence property now, or have them moved by the municipality instead.

The town council approved a resolution following a public hearing Sept. 10 to have the property cleaned up at 1041 Route 202/206, Block 483, Lot 17, better known as part of the Center of Excellence. The council had been prepared to introduce a tax lien on the premises for property maintenance, and has now ordered the vehicles that were illegally parked there from a local car dealership to be removed from that site by the end of this week.

Associate attorney Kaitlyn Michko, who worked with township attorney Chris Corsini on the investigation, said that there had been zoning and property maintenance violations on the site in question, including motor vehicles and machines that needed repairs. They had accumulated on the property, while the vehicles were also not licensed.

Our newsletter delivers the local news that you can trust.

You have successfully signed up for the TAPinto Bridgewater/Raritan Newsletter.

Township administrator Michael Pappas pointed out that in early July, the township became aware of new vehicles on two properties located on Route 202/206, the other address being 721 Route 202/206, a nearby office building. He informed municipal services director Thomas Genova, who then informed code enforcement superintendent Stephen Rodzinak.

Notices went out on July 15, with one property owner claiming they did not receive them. Summonses were then issued, and 721 Route 202/206 was soon found to have been cleaned up, while 1041 Route 202/206 was discovered to have  “many many vehicles still on site,” according to Pappas.

Rodzinak said, through Michko, that there was a “multiple new car inventory in the parking lots.” A notice dated July 15 had been sent to the owner at 1041 Route 202/206, and it was further said that there had been 107 vehicles still on the site as of Sept. 9.

Rodzinak said that is a violation, as they are uninsured, unregistered vehicles that are also inoperable.

“They have to be removed,” said Rodzinak. “If the property owner doesn’t, it falls upon the municipality (to do so).”

Council president Howard Norgalis asked Richard Crooker, general counsel for Advance Realty, if he had been aware of the issue in July. Crooker said he had not, and that the first notice he had received was Aug. 28.

Crooker added he had spoken to Michko, and said that Advance Realty was not located at 1041 Route 202/206,  but was instead headquartered in Bedminster. He also said he did not believe there was any violation of town ordinances.

“I believe, at least, it’s a misunderstanding,” said Crooker.

He added that the vehicles in question do not belong to Advance Realty, but to the Open Auto dealership, and that it is a case of one business helping out another. He said that the economic slowdown, ostensibly caused by the COVID-19 pandemic, had caused a need for (over)capacity, although he said that the parking lots are “very neat.”

Crooker then quoted from township ordinance No. 105 about the level of maintenance regarding the neighborhood, and said the vehicles on the property are “all brand-new vehicles.” He asked how the township knew they were not registered, to which Corsini asked if Crooker had 107 licenses in his possession.

Crooker replied he didn’t, as they are not his vehicles.

“It’s one citizen helping another citizen,” he reiterated.

Crooker added that the vehicles are not being kept in an enclosed space, and later said he believes they are legally parked.

Norgalis countered that it is not a regular piece of property, but one slated for redevelopment, and that storing vehicles there is “not a permitted use.” He also asked if the cars have license plates, and Crooker said he doesn’t know, although Rodzinak later said there were no plates on any of the 107 vehicles.

Council vice president Filipe Pedroso asked if the storage of motor vehicles is legally permissible on the site, and Rodzinak said it is not, according to the redevelopment ordinance.

Crooker said did not know if rent was being paid for the vehicles, and explained that he had not seen a lease. He further said that he is not a municipal attorney, but that he also does not believe any proof of violations had been displayed that evening.

He again told the council that vehicles on the site are licensed, and are just lacking license plates.

“Why don’t you just move the cars off the lot?” asked Norgalis.

Crooker replied that no one intended to violate any laws, and said the total number of cars on the lot has already been pared down from 172 vehicles to 107 vehicles. He also said that the vehicles are not able to be placed on Open Road’s property, which didn’t faze the council.

“That’s not our problem,” said Norgalis, who added that he wants the vehicles off the site.

Corsini said that Crocker could have a reckoning in municipal court, but that the burden of proof would also be much higher there. Crocker said there had been no summons for municipal court, and that he would love to satisfy the council “with a concrete answer.”

Crooker added that he is still gathering information, and again related that he didn’t think the burden of proof was there with the ordinance.

Pappas asked if a violation notice had been mailed to Bedminster, and Rodzinak said it had. Pappas then said the client had been notified of and had been aware of the public hearing, and had put themselves at a disadvantage.

Crooker replied that he did receive the prior notice at the correct address, and that he could have brought witnesses to the hearing, but didn’t.

“Shame on me,” said Crooker, who added that he thought it was something the attorneys could handle themselves.

“I want the cars moved,” said Norgalis. “It’s violating the substance of  the redevelopment ordinance.”

Norgalis said he also wanted a specific date that the vehicles would be removed by, and said that it was not Open Road’s decision to make.

Bridgewater Mayor Matthew Moench said that two property owners had gotten notices, one of whom had moved its vehicles, while the other didn’t, even after a second notice was issued.

“We’re having a hyper-tech argument about licensing,” said Moench.

He added that defendant had had several weeks to fix the problem, and was trying to “end run” the town’s ordinances on technicalities.

“They’re clearly in violation of the site plan,”said the mayor, who further said the township could tow away the vehicles if it came to that.

He said he didn’t see why the council shouldn’t move forward with enforcing the ordinance, especially since it didn’t seem that there was any plan to move the vehicles off the site.

Crocker said he was not “offering up an excuse,” and asked how long the township needed. He again said it was two businesses “trying to work through,” and that they needed some time to get things done.

Councilman Michael Kirsh asked if the council could pass a resolution to have the vehicles moved within two weeks time, before the council met again on Sept. 21, and Corsini said it was an option.

Norgalis said he wanted the cars moved by Sept. 18, and that, in the past, thetownship had put a stake in the sand to “let people know we’re serious.” Councilman Allen Kurdyla agreed with Kirsh in giving the defendant 14 days to move the vehicles off the site.

“I think it’s a fair amount of time,” said Kurdyla.

Pedroso said he was not moved by Crocker’s statements, and that the latter had made a “strategic legal choice” not to bring witnesses to the hearing. Pedroso also said that the vehicles are unlicensed and undermining the ordinance, that they can’t be driven on roads in that state, that he disagreed with making parking lots into storage spaces and that Sept. 18 is a reasonable deadline.

“Those cars have to get out,” said Pedroso, who moved a resolution for a Sept. 18 deadline.

Norgalis seconded the resolution, and Corsini said there will be a per vehicle charge of $175 if they are not moved in time, a total of $18,725. Crocker said he disagreed with the appropriation of the statute, but thanked the council for hearing him out.

The defendants have until midnight Friday to have the remaining vehicles moved off the site, although the council will permit them to finish over the weekend of Sept. 19 and Sept. 20. Moench said he didn’t care who moved the vehicles, although he preferred that it not be the township, just before the council unanimously approved the resolution.

“They will be moved, one way or another,” he said.

“The property is in clear violation of our code,” Moench added later. “However, based on recent events surrounding this development, I am not surprised that they are attempting to circumvent our rules. The bottom line is that either the cars are gone by Friday, or we will remove them. Regardless, our ordinance will be enforced.”

The Center of Excellence, which was approved for Route 202/206, is actually the former Sanofi Aventis site. As approved in December, it will include 400 rental apartment units, plus retail shops, restaurants, a hotel and a supermarket on a plot of almost 62 acres.

The township continues to be embroiled in legal issues with the Center of Excellence after Advance Realty filed suit earlier this year regarding the township’s decision to require the developer to return to the planning board with additional detailed plans on two of the buildings planned for the site. In July, the court denied Advance Realty’s motion to force the planning board to issue final site plan approval, and a court date has been set for October.

A representative from Advance Realty did not respond to a request for comment on the township’s decision.

The Next Generation of EV Motorcycles

Thu Sep 24 , 2020
TipRanks 3 “Strong Buy” Stocks That Are Flirting With a Bottom In the investing game, it’s not only about what you buy; it’s about when you buy it. One of the most common pieces of advice thrown around the Street, “buy low” is touted as a tried-and-true tactic.Sure, the strategy […] 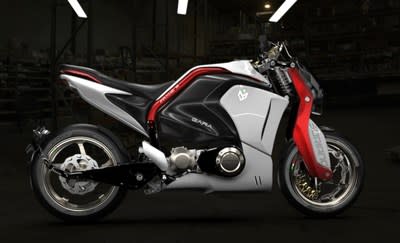